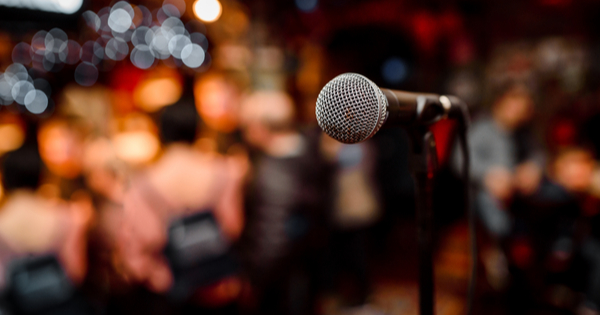 “All men’s miseries derive from not being able to sit in a quiet room alone.” ~Blaise Pascal

Fact is a poor story-teller.  It starts a story at haphazard, generally long before the beginning, rambles on inconsequently and tails off, leaving loose ends hanging about, without a conclusion.

Somerset Maugham wrote the above in his preface to his book of short stories (Ashenden) based on his time as a spy for the British government during the first World War.  Maugham was trying to be as transparent to his readers as possible about the authenticity of his tales, to lessen, perhaps, any accusation that he was bragging about his exploits as a snoop or trying to dress them up to be more than they were.  But he was, for the sake of fiction, and he made it clear in his preface that a good page-turner has just as much to do with craft as it does with content.

I start with Maugham’s wisdom because the story I’m to tell you now did actually happen to me.  And while I’ll try to be as true to the line of events as they unfolded, there is always a chance for exaggeration or understatement when one mines the mind for a memory….no matter how memorable.

But I start in the present.

I have a new collection of comedic short stories out, and in the course of promotion I was invited to read last week at a community bookstore in Hoboken, the town where I once resided.  It was a wonderful event, and I was more than grateful that a bevy of friends I haven’t seen in some time attended and, more importantly, laughed in all the right places.

The night, however, did produce one painful twist on my emotions – a reminder of another reading I did in Hoboken, many moons ago, when I was newly separated from my ex and was in a complex internal place, trying to balance the need to be alone (to sort out my thoughts and make sense of the breakup) and to ward off loneliness.

Work helped occupy my mind from Monday to Friday, but the freedom of the weekends posed a challenge those first weeks and months after the split.  As such, I made sure to fill up my Saturdays and Sundays with a mix of sporting activities, outings with friends, and extended visits with family.  It was a good enough system as long as I kept busy and around people, but like a Ponzi scheme sooner or later the well runs dry and the luck runs out.

Which is what happened to me one Saturday when a friend called me last minute to break plans, leaving me to face an evening with the one person I didn’t want to spend it with: myself.

I look back now and can’t believe the panic that enveloped me when I realized I had no one to go out or be with that night.  It seems amazing to me that I dreaded such solitude, but it speaks to the fragility of my psyche at the time, and, truthfully, illuminated the neediness and immaturity that contributed to my divorce.  Scrambling to think of something to do, I remembered seeing an open mic night advertised at a bar a few blocks away.  I had recently had a story published in a journal, and I considered going to the event and signing up to read the piece.  I tossed the idea back and forth until finally the weight of my desperation overtook me and I hastily dressed in beatnik chic and headed to the bar.

When I got there, I found the host of the open mic and asked her if it was appropriate to read a short story.  She assured me it was, and said the evening would probably feature a mix of music, poetry, and story-telling.  With her encouragement, I put my name on the docket, settled in on a stool, and with the journal in hand and my story marked by a yellow post-it note, nursed a beer while I waited my turn.

But despite the host’s prediction of an eclectic artistic lineup, the first four people ahead of me were all guitarists, and while they played and sang well, it was clear this was more background music for patrons and not the central focus of the entertainment.  As the bar became more crowded, the place became more rowdy and loud.  It was not deafening, but it was clearly not suitable for a reading.  I was about to take my name off the list and head back home when the host pointed to me that it was my turn to take the mic.

To this day, I’m not sure why I did.  The best I can come up with as explanation is that I knew if I went home without reading I would feel even worse than before; that my loneliness would be compounded by self-recriminations of being fearful and a quitter.  So I took the mic.  The crowd by this time was thick at the bar, most with backs turned to me, laughing and talking and downing drinks.   Again, the thought came to me that I should just step away and call it a night.  But I breathed in courage, exhaled common sense, opened the journal to the post-it note page, and began to read.

The story, ironically, and not surprisingly, was about a lonely man living alone, who is stuck in a rut and searching for meaning and love in his life.  As my stories go, it’s on the long side, and it’s filled with detail and exposition.  Even in the best of venues, it’s probably not the ideal piece to keep an audience engaged, but in the bar, that night, it was disastrous.  As I worked my way through one page, then two, then three, I realized, with glances, that no one, literally, was listening.

But I kept pressing on, perspiration forming on my forehead, my stomach lurching as I kept fighting my way forward, reading as if I was swinging a machete through thick jungle undergrowth.

Finally, and gratefully, I neared the end.  My throat was bone dry, my face was slick with sweat, and my hands shook.  But I sensed I had accomplished something just by staying up there, feeling the pride of a quarterback who hangs in a sagging pocket despite a fierce pass rush.  As I got to the last paragraph, I even stood straighter, raised my voice to be heard, sensing the proverbial light at the end of the tunnel.

But before I could finish out the journey, a woman passed by and stopped directly in front me and waved.  I stopped and we locked eyes.  And she said, for real:  “If I wanted to sleep, I would have stayed at home.”  And then she walked away and into a back room.

I finished the story.  No one clapped.  I closed my journal and headed to the door.

But then I stopped.  Now, this part of the story I am not proud.  But I am also not ashamed.   I am not a confrontational person, but the remark by the woman, the apathy in the bar toward my reading, the pain of my pending divorce, all and everything led me to the backroom, where I saw the woman playing pool with two rather large men.  This time I waved at her, and when I got her attention, I made a critical remark.

And then I ran.

Well, I was chased and I ran.  Not by the woman, who looked more annoyed than angry at me, but the two men with her.   They moved fast but I was faster, sprinting through the bar and out the door and down the street.  I kept running and running, until I finally looked back and saw they had obviously given up the pursuit (maybe at the door of the bar).

I walked the rest of the way to my apartment, got inside, locked the door, took off my coat, sat down, and started laughing.  It was a release, for sure, a cathartic cackle at the absurdity of what I had just done, or how absurd I was – at one moment standing up for myself, the other fleeing in abject terror.  I laughed my way through it, and then I calmed down and realized, with a start, that I was happy to be home.  And happy to be alone.

It was not the final piece to the puzzle of healing after the breakup, but it was a step in the right direction.  I realized that life was insane and unpredictable, flawed and fantastic.  I felt bad for saying something untoward toward the woman, but I felt empowered that the evening helped me realize not to take myself so seriously, or my pain.

And it also, as I hope you will agree, gave me a good story to tell.

END_OF_DOCUMENT_TOKEN_TO_BE_REPLACED

Facebook44Tweet4PinEmailShares48
wpDiscuz
Share this ArticleLike this article? Email it to a friend!
Email sent!