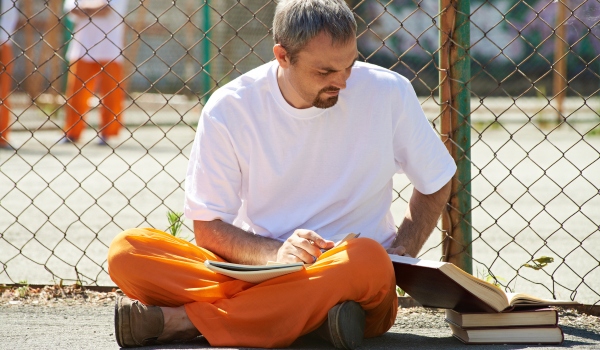 Not long ago, First Nations people “caught” leaving their reserve would be arrested and thrown in jail. Even more recently, Indigenous children were stolen from their parents by the Canadian government, to attend Residential Schools, in what has been described as cultural genocide. A justice system which targets Indigenous peoples with impunity is nothing new in Canada. But for many Canadians, this is just history, contrasted with a supposedly more enlightened present.

The situation is no less alarming with adults. Forty-three per cent of all adult women in Canadian jails are Indigenous. Yet Indigenous people make up only five per cent of Canada’s overall population.

Given where Canada started, with policies of extermination and assimilation, we have made important strides in recent years, educating citizens about the effects of colonialism and the cultural genocide on Indigenous peoples. We have learned about the residential schools and the mass graves where Indigenous children were buried.

We have learned about the Sixties Scoop, when school buses pulled up to First Nation communities, loaded the children on board, only to deliver them, often for a fee, to settler families in the south for adoption.

We know about the substandard housing, the boil-water advisories, and so many other harms arising out of decades of discriminatory abuse by settler governments.

Yet despite knowing all this, Canadian governments have continued to allow the operation of a justice system constructed on a foundation of systemic racism which has not changed much.

Some of the right things are being said. Chief Justice Richard Wagner has called the situation “unacceptable.” Attorney General Jody Wilson-Raybould acknowledges that the causes of the overrepresentation can be traced back to the damage done by colonialism.

But if you thought something serious was being done to rectify the issues, you would be wrong.

Many of the solutions to this problem are not new. They’ve been known for a long time and have often been put into practice with success in other jurisdictions. Properly funding and rigorously applying restorative justice programs, rather than making them subject to the whims of government cuts, is an essential part of the solution.

But more important, provinces need to start properly applying the Supreme Court’s 2017 decision in R v Antic, which repeated and clarified the rules for bail, including the presumption that a person not convicted of a crime shouldn’t be in jail. That is no small matter in a province, like Manitoba, where over 70 per cent of inmates are in “pre-trial detention” – they’re awaiting trial, not proved guilty of a crime.

In Ontario, former-Attorney General Yasir Naqvi announced in November changes to the bail policy in that province which would have the effect of reducing the jail population during the pre-trial period. All provinces ought to follow Ontario’s lead.

Sometimes the solutions may be deceptively straightforward.

Ending the practice of requiring cash or a promise of payment (a surety) in exchange for bail – a practice which has the effect of criminalizing poverty – would make a substantial difference.

As would holding Crown Attorneys and Judges accountable to only demand the fewest necessary conditions on a bail order. That means not telling an alcoholic that in order to stay out of jail, they need to abstain from alcohol, and not telling a person with a minimum-wage job who relies on public transit that they need to report to an office on the other side of the city within two days of getting bail.

These aren’t glamorous, reputation-defining solutions, but they’re solutions which will have a positive impact on a problem which must be solved.

To call these numbers of incarcerated a crisis would be the understatement of the century. A country in which half of the incarcerated youth population comes from one group making up less than 10 per cent of the population cannot possibly be a just society.

We cannot as a society be okay with this, and we cannot be okay with moving on from this, as we do with so many other headlines, without real action being taken.

END_OF_DOCUMENT_TOKEN_TO_BE_REPLACED

Facebook17TweetPin1EmailShares18
wpDiscuz
Share this ArticleLike this article? Email it to a friend!
Email sent!