Get Daily Email
Join/Login CLOSE
Home / Featured Content / The Four Stages of Desire: From Everything to One Thing 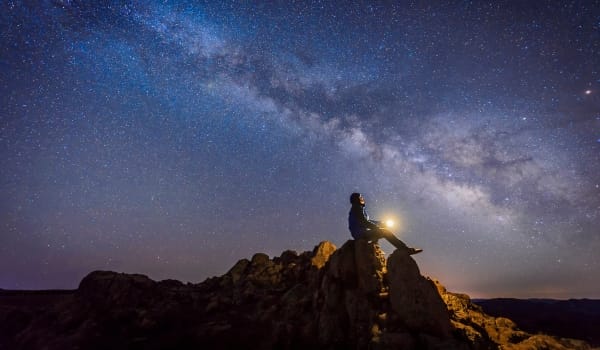 Kabir teaches us the four stages of desire that rules our lives.

Bertrand Russell is considered as one of humanity’s most lucid and luminous minds, he is an oracle of timeless wisdom, talks of the central motive driving human behavior,

All human activity is prompted by desire. There is a wholly fallacious theory advanced by some earnest moralists to the effect that it is possible to resist desire in the interests of duty and moral principle. I say this is fallacious, not because no man ever acts from a sense of duty, but because duty has no hold on him unless he desires to be dutiful. If you wish to know what men will do, you must know not only, or principally, their material circumstances, but rather the whole system of their desires with their relative strengths.

Indeed, there are hardly any means by which you can contradict the words of Russell. A human being is an abode of desires. We all function and are motivated by desires in several ways. Some of them work so discreetly we are not aware of them. Human beings differ from other animals in the very aspect that there is an ever-flowing river of desire in us, never drying us of life.

There are so many types of desire working together to drive us through life: Physical desire is hunger and thirst; intellectual desire is curiosity, the need to acquire knowledge; sexual desire is lust and economic desire is the need for power and possession of materials. The general cultural and economic structure of society is based on our desires.

But man differs from other animals in one very important respect, and that is that he has some desires which are, so to speak, infinite, which can never be fully gratified, and which would keep him restless even in Paradise. The boa constrictor, when he has had an adequate meal, goes to sleep, and does not wake until he needs another meal. Human beings, for the most part, are not like this. When the Arabs, who had been used to living sparingly on a few dates, acquired the riches of the Eastern Roman Empire, and dwelt in palaces of almost unbelievable luxury, they did not, on that account, become inactive. Hunger could no longer be a motive, for Greek slaves supplied them with exquisite viands at the slightest nod. But other desires kept them active: four in particular, which we can label acquisitiveness, rivalry, vanity, and love of power.

The Indian mystic, Kabir Saheb, a poet, and philosopher, argued that desire constitutes the true wealth of humanity. One of the leading 20th-century Indian interpreters of Kabir’s teachings was a spiritual teacher and author named Eknath Easwaran, who explains how Kabir viewed the desire to have four stages of evaluation.

Most of us human beings are born with numerous desires

Human beings are in no dearth of desires. True, that it is the will or desire to acquire something which pushes us to take the next step in life.

Without a defined desire, we become clueless and lose track of our life. We set a goal and work towards achieving it and that is how our life rolls on. But when we have too many desires, we can follow none of them with conviction and dedication.

Most of these concern the superficial aspects of life, such as external appearance, material possessions, power, position, fame, reputation, and money. People who have the most number of desires, Kabir believes, are the poorest of all.

These people are an utter failure. They end up achieving nothing in any fields of life. These people live a miserable life of lies, surrounded by false promises.

Kabir goes on to say, there are other people who are born with some desires:

These are the ones who are successful in life. They make judicial choices of goals and also manage to successfully achieve them. No matter what field of endeavor they choose, they end up attaining what they desire to because they have a numbered desires to work on.

And the most fortunate ones are born with a few desires:

Out of these come the geniuses of all time like some of the great thinkers of all time, who left a significant mark on this world, Mother Teresa, Marie Curie, Albert Einstein, some great musicians, poets, humanitarians, and political leaders.

Finally, a rare few are born with only one desire:

Our life is a gift to not add on to the list of our desires, rather reduce them to one profoundly impactful desire. People who have one desire, which is the ultimate search for truth, are the mystics, spiritually actualized people. These people have risen above the ensnaring desires of this earthly dimension and have reached the zenith of spiritual freedom. They use the majestic power of meditation to achieve a state of salvation.

Kabir says one can use meditation as a tool to reduce the number of desires a person has from many to some, from some to few and from a few to one.

Kabir also explains the connection between the number of desires and the emotional and spiritual prosperity of a person.
People who have many desires, have to go through emotional turmoils in life. For them, life is a constant roller coaster of emotions. They get upset easily; they calm down quickly. One advantage of having superficial emotions that do not run deep is that no pain can last long for these people. On the flip side, their satisfactions are neither important nor enduring. Nothing lasts long, because nothing matters much.

People with few desires are driven by passion.

Whatever field of life they commit themselves to, they have a tremendous passion for persevering and for succeeding. Driven by a longing that is spread across only a few desires, passionate people often achieve great things.

The final step, according to Kabir, to let the true emotion prosper, one must instill undying passion—a personal ambition, the pursuit of pleasure, the need for prestige, the need for reputation, the preoccupation with material possessions—amalgamates into one searing passion. Kabir calls this singular passion devotion. In the mystical tradition, ultimate devotion and dedication lead to the discovery of true self.

How does one achieve this devotion?

The two crucial weapons to achieve devotion are – adversity and meditation. When one has to go through extreme difficulties in life, one does not have the luxury to focus on too many desires. The only desire in such a state of misery is survival – the most basic need of every living being.

Meditation helps us attain a true state of spiritual reclamation as we slowly but surely discover our life’s sense of purpose.

People who have experienced extreme hardship—soldiers in combat, women living under oppressive regimes, prisoners of conscience, slaves, victims of torture—all report more or less the same thing about the consequences of suffering. When our life is threatened, it’s purpose becomes crystal clear. The many desires of life are burned down by the fire of adversity; what remains is the one thing that both demands and deserves complete devotion.

Whether through meditation or through adversity, we begin our journey towards self-revelation with a very simple question to ourselves:

What do we want?

A version of this post was previously published on Themindsjournal.com and is republished here with permission from the author.