Yahoo! CEO Marissa Mayer’s recent decision to ban working from home for all employees is rightfully a hotly debated topic. Considering the steady rise of telework over the past decade, the increased attention to work-family issues, and Mayer’s high visibility as the first female CEO of her generation (who was hired while pregnant and recently build a posh nursery for her baby in her CEO suite), you had all the ingredients for a big story.

It is not surprising that many people had very strong feelings about this ban on telework, both pro (“working from home kills creativity”) and con (“betrayal of the sisterhood!”).

None of these news articles have asked a basic question: What does the research show? Are companies more successful when their employees are gathered in one physical location? It turns out we have a lot of research about this, and it might surprise you. Basically, Marissa Mayer is right.

Like Dr. Sawyer, I have become inured to “journalists” being unable to accurately assess scientific or social science research studies and write accurate articles using these data. We very often get provocative headlines and overstated conclusions—and if they hit a “hot button issue” or are “counterintuitive,” even better (well, for page views, that is—not for an informed readership). I expect a lot of shouting and cherry-picking of facts from innumerate journalists and advocates—after all, they are more interested in generating heat than light.

I expect more from my fellow academics,  especially one as highly regarded as Dr. Sawyer, and as a result, was very disappointed in Dr. Sawyer’s non-rigorous analysis and conclusions regarding the Yahoo! ban.

I agree with everything he states in his above quote, except for his conclusion. You see, Dr. Sawyer is an education professor and his research on how classrooms can be more creative may lead to one set of conclusions. However, business academics and researchers exist, too. To re-write his quote:

What does the research really show? …It turns out we have a lot of research about telework and Yahoo is most assuredly wrong.

Based on the popular press and Dr. Sawyer’s article you’d think a majority of Yahoo! employees worked from home full time. The fact is, however, that fewer than 2% do (about 200 out of about 11,750).

Indeed, if a majority of Yahoo! employees worked from home and hardly ever interacted, Dr. Sawyer would be 100% correct in his analysis–teams require personal interaction to be creative and productive. But Sawyer, like so many who have written on the topic, missed the point.

Yahoo’s ban on telework doesn’t just affect those 200 employees who are “killing the creativity” at Yahoo! (as if Yahoo! has done anything creative in the 12 years since it got its lunch eaten by competitors like Google, Microsoft, and Amazon)—it negatively affects the other 11,550 as well.

If Yahoo! is anything like their peers that also employ highly educated technical and business professionals, over 20% of their employees work from home at least occasionally, and without incident (84 of the Fortune 100 “best companies to work for”, including SC Johnson, Qualcomm, Booz Allen, Fidelity, Cisco and Goldman Sachs allow extensive use of part-time telecommuting). Now, thanks to this short-sighted and overly blunt ban, none of Yahoo’s employees are able to work as they could at their competitor companies.

Dr. Sawyer is not a business academic (I am) and, by his own admission in the comments of his article, he is not well-versed in the findings about telework on employees and business productivity. As was pointed out by one commenter, the most definitive study on this issue [PDF], a 2007 meta-analysis (a technique that combines the results of dozens of smaller studies to reach more definitive conclusions) by telework experts Drs. Gajendran and Harrison from Penn State University found that part-time telework results in:

Additionally, other management researchers have found:

So, what will result in more creativity at Yahoo?

The answer is clear. Dr. Sawyer’s conclusions do not pass rudimentary review. I suspect he would expect more from his students. But he did get to write a provocative headline that I’m sure generated a lot of page views for Arianna.

As I was recently quoted on NPR, “I’m encouraged by how much media attention this has gotten, and that there’s been, in many quarters, a kind of questioning of this decision, showing that maybe the time is right for full public debate on the value of workplace flexibility.” This public debate, of course, is sometimes messy, but I would hope academics would participate in this debate at a higher level than “journalists.”

If you’d like more information on this topic, I would recommend the rigorous work of the Work-Family Research Network, the Families and Work Institute, and the Center for Work and Family at Boston College, as well as this great article, which contends that Yahoo’s ban  is more a public act of desperation than an attempt to rein in the workforce.

Read more on Work/Life Balance on The Good Life.

Thanks, Jameseq! I appreciate your support

ding ding ding… get that man a prize! My theory is that the move isn’t so much to get the public talking about Yahoo!. Instead, it is that, after Mayer and her new team have tried everything they thought could turn the ship around, it hasn’t and now they are deperate to show their shareholder, board members etc. that they are *doing everything they can* to solve the problem. kinda like a coach of a sports team firing an assistant coach to show top management that he’s doing everything he can to win 9it’ll have the same effect, too- which… Read more »

Lemme get this straight. This new, infamous, highly debated policy refers to only 2% of the Yahoo workforce? That’s all it takes to make a tempest in a teacup?

Now I’m thinking even more this is a ploy for the company to get more attention. I didn’t know that Yahoo even existed anymore, and now it makes the front pages. 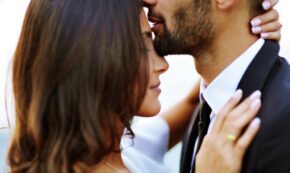 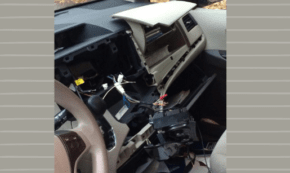 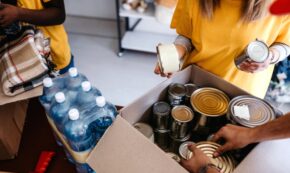 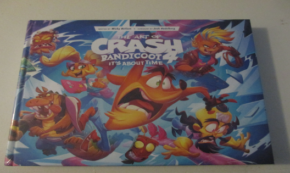 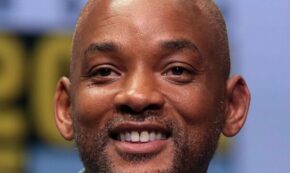 FacebookTweetPinEmailShares19
wpDiscuz
7
0
Would love your thoughts, please comment.x
()
x
| Reply
Share this ArticleLike this article? Email it to a friend!
Email sent!