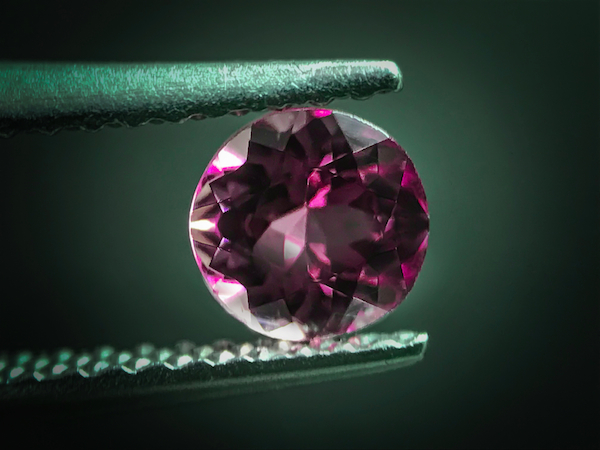 I began selling jewelry with the attitude of a typical customer: anyone trying to sell me something will tell me whatever I want to hear. Nevertheless, I needed a job in college and I’d always been fascinated by gemstones, so I responded to a newspaper ad for a part-time jewelry salesman. To my surprise, they hired me; I guess you could say I’d made my first sale.

Naturally, I wanted to do the best possible job, so when I finished my first month something like #37 on the ranking of all salespeople in the region, I thought, “That won’t do.” During the next four months, I climbed to the top of the list.

I was the greatest jewelry salesman in the region, if not the world.

After college, I wasn’t able to get into my chosen profession right away, so I bided my time selling jewelry. Now the job was full time, and I was working for a different company, one that catered to the carriage trade. Big-ticket stuff. Customers with so much money you could smell it. The learning curve was steep once again, but I was determined to be #1 in this realm as well. After all, I was a contender for the greatest jewelry salesman in the world.

The difference between a great salesperson and an adequate one is this: the great one recognizes that it is the customer who must make the purchase, not the salesperson who must make the sale. If that sounds subtle, well, that’s why there are so few great salespeople. A great salesperson knows how to read customers, even during the minute or so it takes them to enter the store. At some crucial point during the encounter, she shows them exactly what they want, or what they think they want, and because she is a company employee and must earn as much money for the company as possible, they end up buying the most expensive thing they can afford.

That’s the part that eventually tripped me up. One day a young couple entered the store. They had just got engaged and were looking for a ring. Since I considered myself a contender for the greatest jewelry salesman in the world, by golly they were going to buy a ring from me. We settled on a diamond solitaire worth several thousand dollars. I’ve never forgotten a diamond, and I’ve never met one I didn’t like; this one fluoresced the most beautiful golden color under longwave UV light I’d ever seen. The young fiancée was captivated. As I knew she would be. This time it wasn’t the customer who made the purchase, it was me who made the sale. They put $100 down. That was normal.

What happened a week or so later was not: she came back to make a payment, handing me thirteen crumpled one-dollar bills.

That’s when something snapped. Like the Grinch whose heart grew three sizes one day, I realized it was possible to be too good of a salesman. So good that the transactions aren’t win-win. So good that the customer gets taken for more than she can afford. So good it becomes bad. What these kids needed, as their wedding day approached, was a washer and dryer, not a rock.

I adjusted my attitude. My sales slumped some, and the store manager began admonishing me gently. The next big turning point came when a woman returned a sapphire ring to the store, complaining that the culet was broken. The culet is the sharpened point at the bottom of a round-cut stone.

The manager examined the stone through a loupe and judged the phenomenon to be a “natural,” an original part of the rough gem that the cutter left uncut. Naturals are often found on the girdle (outer rim) of a stone, and are considered fair by the industry. But they aren’t normally associated with culets.

The woman wasn’t satisfied. To her, it looked broken. The manager asked another salesperson to examine it, and she also claimed to see a natural. “Nothing wrong with this stone,” the two women assured the customer, who was growing increasingly frustrated.

I reached for the ring to see for myself, and as I did so, I noticed the manager stiffening and pressing her lips together. Her body language was clear: “Toe the line, boy.”

The culet of the stone was damaged. The customer’s assessment was entirely correct. There was no mistaking the uneven fracture characteristic of sapphires.

The woman got her money back. I got the cold shoulder for the rest of the day.

They came just before closing time. The burlies, the men with eyes set too close together. There were two of them, and they approached from different angles.

It was a normal procedure. They had to make sure I didn’t try to pocket something, in retribution, at the last moment. One of them asked for my showcase key. I handed it to him. They each took an arm and escorted me out of the store and into the mall.

“The company has no further need for your services,” the leader informed me. The men let go of my arms. I left the mall. I had to go home and explain to my wife that I’d been fired.

But I was okay with it. Because that was the day I became the greatest jewelry salesman in the world.

Stephen Parrish's short work has appeared in The Austin Review, The MacGuffin, Boston Literary Magazine, The Good Men Project, and elsewhere, and has been read in public by Liars’ League, Lit Crawl, and other venues. He is editor of The Lascaux Review.