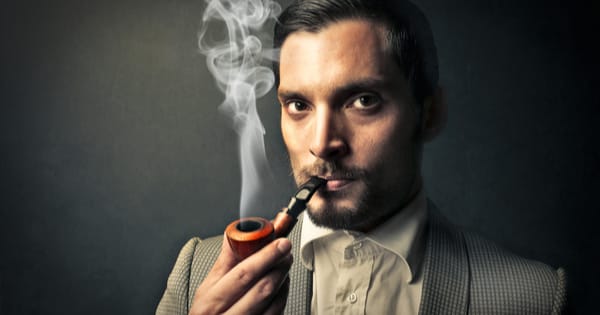 “Humankind can not bear very much reality” ~ T.S. Eliot

Firstly, in the United States of America, the DMT component of ayahuasca is a Schedule 1 drug so it would be idiotic on many levels for a licensed psychotherapist to recommend to any of his or her patients doing something illegal. Becoming licensed as a psychotherapist and counselor requires 5–7 arduous years of school and internships and costs hundreds of thousands of dollars in real and opportunity cost; thus, risking all of that time and money by doing anything illegal is worse than foolhardy.

However, because I have a graduate degree in philosophy wherein I studied metaphysics, epistemology, ontology and philosophy of mind, and I have a second graduate degree in religious studies wherein I studied Buddhist psychology and Hindu philosophy, I feel qualified to offer my opinion on what occurs to human consciousness when one ingests ayahuasca and the metaphysics that allows for that alternate reality to be temporarily experienced.

The first thing I recommend is for people to read Sankara, the Upanishads and everything concerning Advaita Vedanta. Even though the Hindu tradition is worlds away from South America, I believe that Eastern metaphysics, ontology and epistemology will help Westerners understand the effects of ayahuasca.

There’s a Buddhist saying: “One mountain, many paths.” To me, yoga and meditation are akin to walking up the mountain; ayahuasca is like taking a helicopter; and smoking pure DMT is like taking a rocket. I practice meditation and yoga religiously and hopefully, after several lifetimes, I will summit the mountain of human consciousness and attain liberation. Some people are not as patient, so they prefer alternate routes.

The problem with ayahuasca lies in the fact that human beings vastly over-estimate the limitations of human consciousness, what it can comprehend and what it cannot. For example, it is impossible for you to imagine infinity. You may have what Wittgenstein called a “placeholder,” such as an image you once saw of the cosmos, but you cannot imagine infinity. The finite mind cannot come close to conceiving the infinite; it is constricted by arbitrary categories such as space and time. An analogy that helps to indicate this is, “It’s like trying to pour the ocean into a thimble.”

In terms of Advaita Vedanta, everything that human beings perceive through our five senses and chunk into narratives is “maya” — illusory and ephemeral. But there is also Brahman, the “Real” (capital ‘R’). Via our five senses, human beings can only consciously interact with the “real” (small ‘r’); we need to transcend our consciousness — to go to the other side of cognition and the rational mind as well as language — to realize the “Real.” (For those trying to fathom the apparent paradox here is the answer to your question: maya is subsumed by Brahman.)

In addition, most of us are highly addicted to our sense of self. Our egos are thousands of times more arrogant than we can ever know. Our egos believe that we “know” things and this is where studying epistemology is useful. For instance, in my classes I ask if anyone knows how — HOW — gravity works. We all know the formula to calculate the effect of gravity, but try to name any Western physicist who can explain what magnetic energies or waves or currencies or atoms or quarks are functioning that keep us from flying off of the earth. There is no such physicist. Causality — the mandate of science — has not been established for even the most simple of concepts: gravity.

Ayahuasca blows out the ego and self. DMT collapses the subject/object distinction. The subject is you; the object is whatever is “out there” and how you perceive it. This false dichotomy is best explicated by languaging: if you say, “I am experiencing the essential oneness of the universe,” then obviously you are contradicting yourself because there would be no “I” to experience that. It would be more accurate to utter “oneness-ness” or “everythingness” or as I had the concept of Brahman explained to me, “that without attributes.”

The sanskrit phrase “Tat tvam asi” is probably closer than anything in English (but that may be my own personal bias). And if you study Lacan then you would agree that language actually alienates us from phenomena. Whatever you can formulate in words is not Real; words are mere symbolic and distant representations that only indicate the real as Magritte so aptly displayed in “The Treachery of Images” (i.e., you cannot smoke a painting of a pipe).

This is why soaring up the mountain is often daunting and overwhelming. Your limited language-based mind’s inability to comprehend the fact that we are really all interconnected in one infinite pulsing matrix is why some people freak out on ayahuasca or have challenges integrating what they experienced when they return to their quotidian, individual, ego-based existences.

R.D. Laing thought that schizophrenics had the most accurate perceptions of reality. But for a non-schizophrenic to surrender to that unchunked incomprehensibleness and unforeseeable uncertainty is usually quite terrifying at first. For as Gertrude Stein said of Oakland, “There’s no there there.” Our minds always seek sure footing; the ground beneath our feet shifting is quite unsettling, disturbing.

Science has reduced human beings to cells and molecules and smaller and smaller bits and parts. Thus, when a person experiences the sensation of ineffable unlimited expansiveness — an EVERYTHINGNESS not articulable by any words— it is frequently uber intense.

This is why studying Advaita Vedanta is the best preparation for working with plant medicine, to help understand the inversion that maya is the hallucination and that the temporary yet timeless unfathomable everythingness that one experiences while one is self-less is the Real.

You are the hallucination; the self is a fiction. If that is too difficult for you to digest then I suggest that you stay clear of ayahuasca and DMT, because when you return to maya you will not have the tools to integrate this apparent paradox.