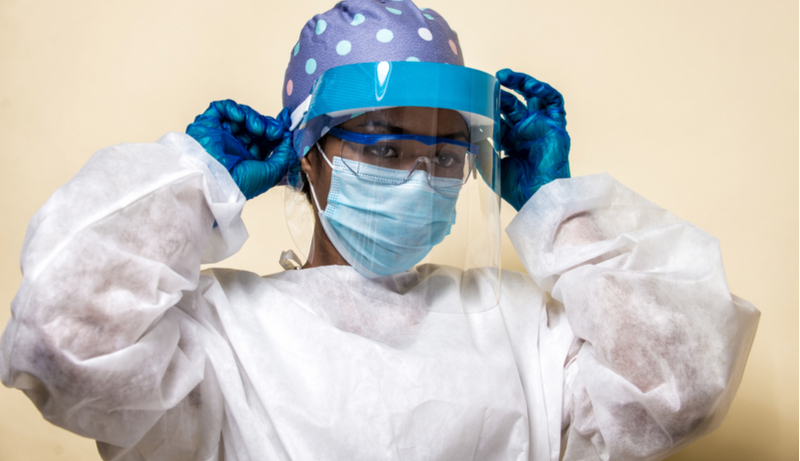 My last article encouraged the exploration of historical mythology to find the eternal lessons of heroism throughout time. But what about the state of mythology and the human heroic legacy in the modern day? I’ve been lucky to meet numerous researchers, educators, and philosophers who are spreading word of the current rise of heroism science. Based on their rigorous and extensive studies, I see exciting potential for how the heroic mindset can aid us in tackling today’s complex global issues.

The Rise of the Everyday Hero

The perception of heroism has changed over time. Today, we dub people heroes when they risk life and limb to save others in intense moments of physical danger. These individuals deserve the title, of that there is no doubt. Yet, the mindset and actions displayed by people in extremis is just one facet of heroism.

In addition to those who take life-saving action in moments of physical danger, there are those who rise up in times when social heroism is needed. In the midst of daily life—beyond the battlefield, the forest fire, the medical emergency, and the enforcement of the law—there is the everyday hero.

In looking back at ancient mythology, we may believe our modern concept of the “momentary” hero is depicted in mythological tales. In actuality, the ancients intended heroic myth to be taken as allegory, in order to teach people how to live well every day. Regardless of whether or not the listener believed in the existence of gods and the supernatural, the true purpose of myth was to use the power of storytelling to teach prosocial behavior.

The epic tales were a source of continual reeducation on the importance of personal improvement and the benefits of service to others: making other people safe and happy means one’s environment is more likely to become safer and happier.

Remember that calling something “everyday” doesn’t mean it’s inconsequential. Rather, everyday heroism means heroism is everywhere. It isn’t just found in extraordinary and momentary acts of altruistic risk. Heroes aren’t only found in places and times of major crisis. That’s why heroic myth wants us to be prepared to see the need for altruistic risk in ways big and small, in minor moments as well as the epic times. Heroism science is working to increase the visibility of everyday heroism.

As I’ve written before, we are a storytelling species. More specifically, we have a drive to create mythologies, which are stories with deeper meanings that weave throughout a society. Myths are the collective story we write together, and we’re still creating them.

Look no further than the numerous films and the seemingly endless trail of comic books over the last century that have been devoted to superheroes. There should be no wonder as to why we seem so fixated on telling these stories again and again: the desire to emphasize heroic behaviors has not left us.

As a matter of fact, one could argue the need for heroic inspiration has become more important than ever in our history. At no other point in time have we been so aware of what is happening at a global scale, while simultaneously contemplating the potential we have to eliminate life on this very globe.

With the glut of news sources continually reinforcing the dire situations around the world, it should be no surprise how uncertain we all seem to feel. Heroism is purpose-built to tackle uncertainty. Today, we are demanding more of it than ever.

Heroism is Flesh and Blood

We live in a world of effortless communication that our ancestors would have considered magical. The greatest of the ancient world’s supposed sorcerers and prophets could never rival the average modern person’s power to see across the globe in an instant.

At any moment, we can witness the actions of people we may never meet, no matter where they are in the world. Now more than ever before, countless human stories are available to us with an immediacy and volume that can be overwhelming. In some sense, the instant availability of true-life moments has taken primacy over traditional storytelling. This includes our mythology; rather than depend on fictional characters to show us examples of human behavior, we just need to look at our screens to see actual people going about their lives.

This is not necessarily an entirely bad thing. There is something to be said for being able to cut out the proverbial middleman when it comes to hearing about the exploits of other people. We no longer need to depend on the dubious storytelling capabilities of a traveling merchant to get our news.

However, like a crooked mendicant salesperson, there can be the obfuscation of the truth when a powerful group filters the news to spin things in deference to money or those in power. In addition, raw footage doesn’t always give us the benefit of context or moral instruction. Unlike a story crafted with a lesson about what behavior is best, we are all-too-often left with no guidance as to the value of what we’re watching. We have to hope the watcher has the critical thinking skills and wisdom to seek deeper meaning in the visual and auditory stimuli they’re receiving.

Despite the pitfalls of modern communication, it’s hard to dim the light of heroism. We all recognize it at an instinctual level. We know it when we see it, even if that recognition is subconscious. One of the goals of heroism science is to teach people to mindfully seek out heroic behaviors in our environment, to put a spotlight on the benevolent actions human beings take to support each other.

This isn’t about willfully blinding oneself to the darker things in life. It’s about balancing the effects of our innate negativity bias so we don’t sink into a generalized and pervasive cynicism regarding other people. Part of heroism is confronting the monster that lurks in all of us with open eyes and finding ways to overcome our very real capacity for selfishness and malevolence with the more productive and beneficial thoughts and actions.

Just like we must read between the lines of ancient myth to see the strands of heroism, we must parse through the tidal wave of information to see it in our daily news inundation. The current pandemic and the renewed push for social justice has only highlighted the latent heroic potential of a wide cross-section of humanity.

If you look for them, you will see the capes of superheroes everywhere. They flutter invisibly from the shoulders of medical professionals working tirelessly in COVID wards, the LGBTQ+ people who take the chance to be themselves despite the social backlash, the leaders of the Black Lives Matter movement who dare to speak truth to power, those who have suffered from addiction who now guide others out of the shadow of dependency, and so many more.

There are countless stories of people taking some level of risk to help others. The next time you dip into the daily flood of data, keep your eye open to spot the heroes. There are more out there than you think.