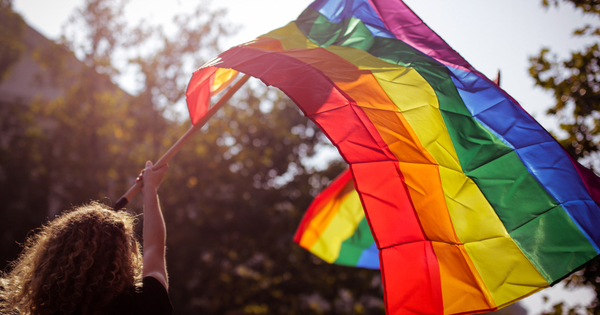 I said this. A lot of people say this. Once I thought about it though, I realized the kid absolutely knows. How many boys would willingly put themselves through h*ll in Kindergarten by bringing a fairy backpack on the first day of school, wear pink sparkly attire, and tell his classmates that he wants to be considered a girl? How many kids tell their doctor that they FEEL like a girl. That sounds like a brave kid who knows. That sounds like a kid who is being true to their feelings.

“It could be just a phase…”

While there are plenty of documented cases of transgender people switching back and forth between gender identities and experimenting with different paths of sexuality,  something as big as this should not be looked upon as something that might pass. Treating this on the same level as drooling and bed-wetting is an absolute insult to the child. Saying this to a parent of a transgender kid is also hurtful. Don’t say that sh*t.

There is gender expression and gender identity. Wearing pink is gender expression. Wanting the world to view you as a girl is gender identity. Declaring a change in gender is not just about clothes or appearance. It’s about how the kid feels. My kid told our pediatrician, “I feel like a girl. I feel like a girl inside…” What six year old would make that up sitting in a Doctor’s office? It’s intense, it’s new, it’s surreal, it’s one of the bravest things I’ve witnessed in my life. It’s a really big f*cken deal!

Things you can and should say!

It’s been over two years now since my kid came out. Her hair is long and my pronoun usage is almost 100% (it took a while). I’ve had to navigate telling parents of her friends, and I share her story with random people I meet because I feel it’s my duty now to help people understand. Here are a few things people have said to me that were right on.

“Well…she was born to the right parents.”

“She won’t have to live a lie. She can be herself.”

“It’ll be hard but knowing she is loved at home will mean everything.”

Unconditional Love is Not Political

Originally published at https://www.ryanchinauthor.com on January 28, 2019.

Facebook146TweetPin2EmailShares148
wpDiscuz
0
0
Would love your thoughts, please comment.x
()
x
| Reply
Share this ArticleLike this article? Email it to a friend!
Email sent!