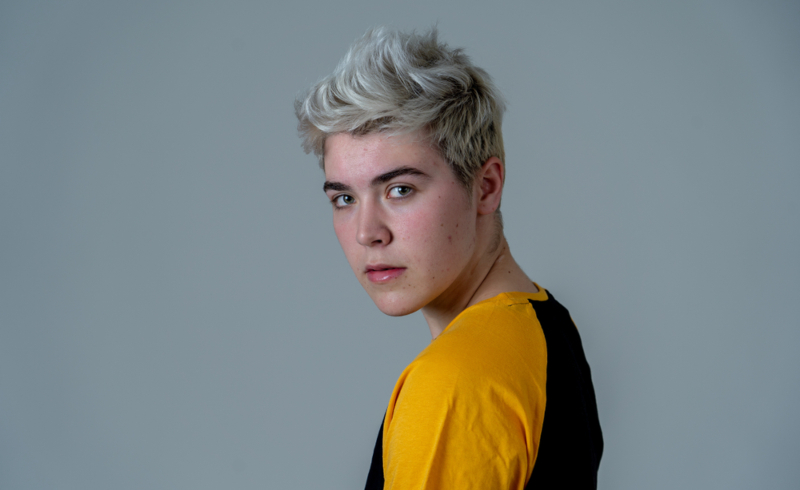 Interviews with trans men undergoing testosterone (T) therapy reveal that the voice is one of the most profound and important physical changes they experience, say the researchers.

In spring 2015, Graham Grail, then a sophomore at Boston University, approached one of his professors with an idea. One day after class, he walked up to Carolyn Hodges-Simeon’s podium and explained that he wanted to research voice, specifically how it changes in transgender men who take testosterone. Hodges-Simeon, a biological anthropologist who researches sex differences in speech and the voice, was immediately on board.

“I was very surprised to see that at the time there was so little research in this area, and it got me thinking, how do physicians know the proper dosage? How do people starting testosterone therapy know what to expect?” says Hodges-Simeon, assistant professor of anthropology at Boston University.

Grail had personally encountered the impact of those knowledge gaps, and he felt motivated to find answers that would be meaningful for himself and the trans community at large. When he first came out as trans, Grail knew that his voice was one of the most important physical changes that he wanted from starting testosterone therapy. He did his research but still had unanswered questions and concerns that others throughout the trans community seemed to echo.

“When you go to your doctor, all they can really tell you is that your voice will change—most likely—and it will probably get lower…but besides that, that’s all we know,” Grail says. “And I like to know everything.”

“The voice is one of the aspects of the body that is most sexually dimorphic,” Hodges-Simeon says. In other words, the average difference in the sound of the voice between men and women is very large, unlike the average difference in, say, height—there are a lot of tall women and tall men, shorter women and shorter men, and many who fall in between. But when it comes to the voice, gender differences are more distinct, and there are less people who fall outside of the average.

In their study, Grail recruited 30 trans men from the Boston area who had been on T for nine months or more. Over a two-day period, the study participants provided saliva samples, voice recordings, and other physical measurements, and completed a survey asking questions about their gender identity, and importantly, about which physical characteristics they were most content or dissatisfied with before and after starting T.

From the survey results, the researchers found that, across the board, participants rated voice most highly as something they wanted to see change from T therapy, ranking the highest out of the other physical traits included on the survey.

“The thing people indicated they were most unhappy with prior to starting T was their voice and other highly sexually dimorphic traits, which makes sense because those are things people use to gender you,” says Grail. “And since bringing your gender presentation in alignment with your identity is the goal, the traits that most strongly signal gender presentation are often going to be the most impactful. We showed that is in fact the case.”

The voice, as opposed to being a pure tone, has many layers. The most obvious one we hear is the pitch of someone’s voice, made up of what’s called the fundamental frequency. This corresponds to the vibrations of the vocal folds, like the strings on a violin, Hodges-Simeon says. The more subtle layers are the vocal formants, which are like the resonating sounds that would bounce around in the body of the violin. Vocal formants are determined by the length of the vocal tract, which is larger on average in those who are natally male and therefore makes a deeper sound.

To analyze the collected vocal samples, Hodges-Simeon and Grail partnered with researchers in the university’s Stepp Lab for Sensorimotor Rehabilitation Engineering, led by Cara Stepp, associate professor of speech, language, and hearing sciences in Health and Rehabilitation Sciences: Sargent College.

“We found that testosterone does a very successful job at bringing the voice into the average cis male range,” Hodges-Simeon says, cis meaning a person who identifies with the gender they were assigned at birth. But, they found T didn’t fully masculinize the more subtle sounds in the vocal formants, she says.

“This underscores the need for more treatment options and that, when it’s a priority, the voice needs to be more closely monitored,” Grail says. “There should be more of an open consideration of adding in voice therapy within a treatment plan, because the assumption right now is that T is going to do the job all by itself.”

Despite this discrepancy, most of the participants in the study rated vocal masculinity as one of the physical characteristics that they were most satisfied with after being on testosterone for more than nine months.

“That is a hopeful tidbit that’s really important to decreasing some of the unnerving uncertainty for people just going into this process,” Grail says.

“I never expected that I would find things that are so clear and powerful,” he says. “To find them in an empirical way that can positively impact the trans community—I am very grateful for that.”