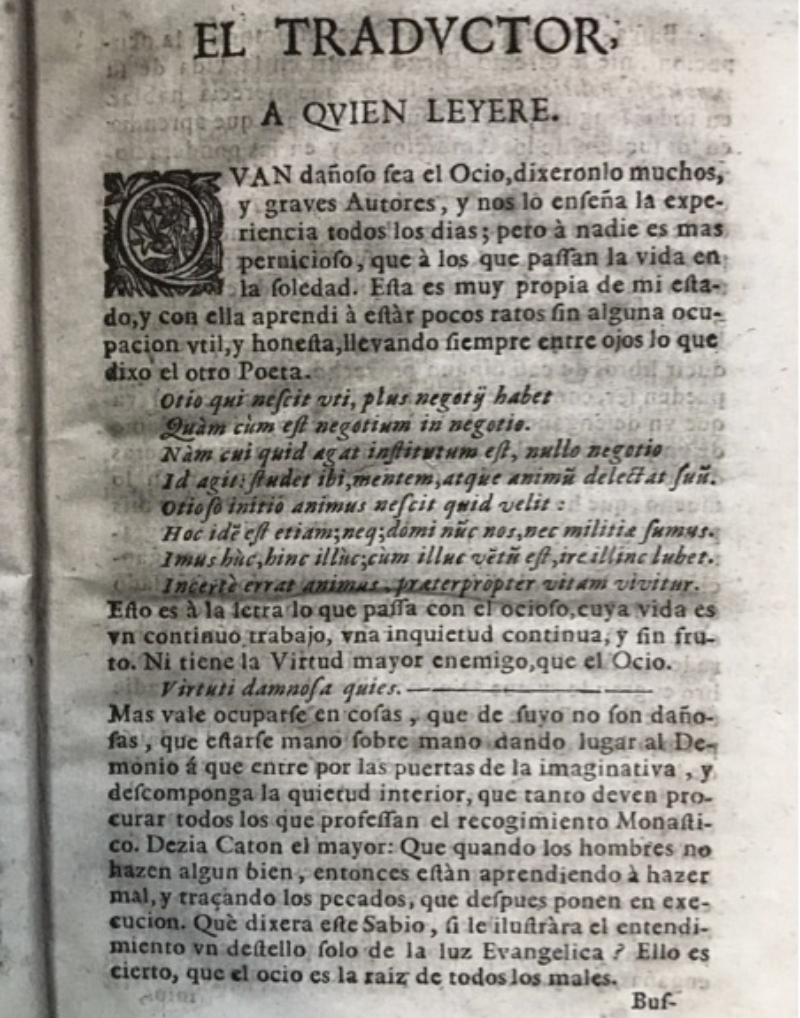 Fray Manuel de Vega translated the biography of Ludovico Sforza from the Italian of Diego (i.e. Giacomo) Monti in 1699. It recounts Sforza’s life as a warning against overwhelming ambition. (The Library of Catalonia holds a digitized copy)

Fr.Manuel opens his Prologue to the reader with meditations on idleness, identified by authorities with the sin of sloth alias acedia and by the early moderns with melancholy. It is, he says, particularly pernicious for those who live in solitude. (He was a member of the Order of St Benedict.) ‘Virtue has no greater enemy than idleness’. It lets in the Devil through the gates of the Imaginativa. 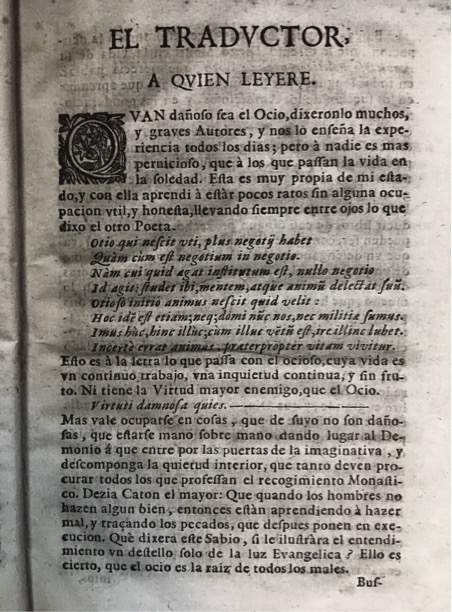 This is familiar territory with an early Christian and medieval history, studied by Siegfried Wenzel and others.

While most translators devoted their prologues to flattering their patrons or potential patrons, Fr. Manuel gives his a twist by recommending translation as a cure for such melancholy. He made good use of his ‘descanso’ [leisure], which was caused by ‘un desengaño que me bolviò a mi retiro’, a ‘disappointment which returned me to my retreat’.

But the book is useful, he says, more useful than some because it is both history and morality, and deserves to be widely known. (I wonder if he is thinking of the large number of works of fiction such as Boccacesque novelle, which were translated into Spanish from Italian.) He attacks those critics who ‘lounging in the midden of idleness’ (‘repantigado en el estrecolar [read estercolar] del ocio’) satirized others’ efforts, accusing them of vanity.

He praises two translators whose work is so brilliant that one cannot tell which is the original: Cristóbal de Figueroa and Juan de Jáuregui, verse translators of Guarini’s Il pastor fido and Lucan’s Pharsalia respectively. He admits he is not in the same class. He comments that each language has its excellences which are hard to render, particularly puns (equívocos). (Remember this is the age of Góngora, Quevedo and the Metaphysicals.) He, like many a translator such as Alfred the Great, has followed a middle course between the spirit and the letter, where usage allows. 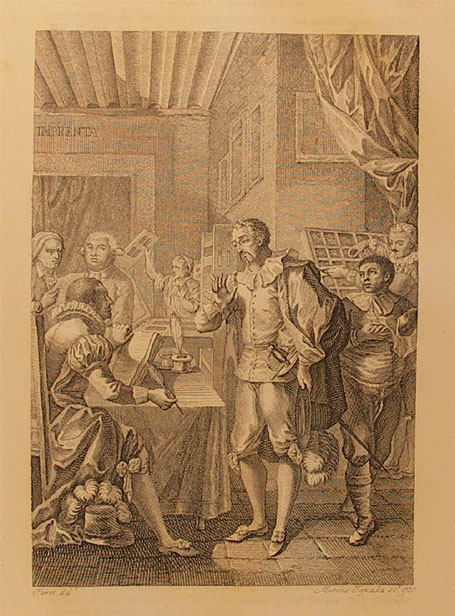 Finally, he admits that Spaniards find it easy to understand and speak Italian, especially with the aid of Latin. But this does not mean that they can translate it so easily. Cervantes touches on this question in Don Quixote, II, lxii. Quixote visits a printing house in Barcelona where he has a discussion with a man who is translating from the Italian. There’s obviously some irony, as Quixote (who is a sophisticated man of letters if you keep him off the romances of chivalry) is delighted to hear that più has been translated as más and su as arriba.

In a final phrase, Fr Manuel says the translator is like an acrobat (bolteador): if he does it well he earns a pittance (medio real) and praise, and if he does it badly he falls from the tightrope and breaks his neck.

This post was previously published on Blogs.bl.uk and is republished here under a Creative Commons license. 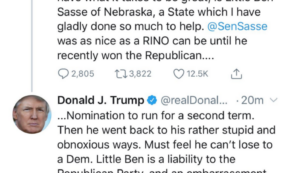