Rep. Maxine Waters (D-CA) has been called “uncivil,” and there’s at least one call for her censure.

More on that later. First, I want to tell you a story.

The year was 1776. The month was December. The winter in Virginia was unusually cold, and the Continental Army was struggling. Soldiers lacked food, shelter, and proper clothing, including shoes. If the inertia didn’t change soon, the Revolution would be over, British rule would return to the upstart colonies, and quite a few necks would meet the noose.

Christmas Day, George Washington crossed the Delaware River with his troops. The next morning, he ambushed the Hessians in Trenton in what is now generally considered the tipping point of the war.

The Hessians, who were also exhausted and underequipped, fell easily. Washington’s troops went on to win another battle in Princeton on January 3. While the victories were small in terms of casualties on both sides, the symbolism of the victories was immeasurable.

One of the most famous paintings of the War depicts that turning point: General George Washington, standing firm like a Valkyrie in the front of one of his boats, Betsy Ross’s flag behind him.

When I was in high school, I was told that Washington’s attack worked because the Hessian troops were drunk from partying at Christmas. All Washington had to do was tell his own troops, hungry and unshod, that all that stood between them and creature comforts was the enemy.

Historians now question whether the Hessians were really all that drunk. There’s evidence that they were already concerned about an eminent ambush, and had been for weeks.

But the historical truth is often less important than the stories we tell. In this case, I was taught that Washington’s genius was in his violation of conventional norms of war.

Christmas was supposed to represent a recess of sorts from war: Both sides were supposed to stop fighting. This tradition was observed the first year of World War I, when Germans and British troops sang carols together across the lines.

In the narrative I was told, then, Washington was consciously, deliberately flouting conventions of war. This is what made him a great leader: He knew that the ends of the war were more important than following the chivalrous expectations of gentlemanly warfare.

What does this have to do with Rep. Waters?

Waters has been accused of being “uncivil” for suggesting that others should follow the lead of the owner of the Red Hen, who refused to serve Sarah Huckabee Sanders. Waters suggested that people who are opposed to the Trump Administration confront its members verbally. It’s true that she suggested protesters “absolutely harass them,” but that’s a far cry from inciting violence.

Donald Trump, meanwhile, has repeatedly suggested that protesters deserve violence. He cusses routinely, and calls his opponents racist and sexist names. When looking at the dictionary definition of “civility,” it ought to be clear who is more uncivil, by far, of the two.

And yet, Trump’s defenders continue to attack Waters for her lack of civility. Why?

To be clear, there’s both racism and sexism at work here: Waters is a black woman. Trump is a white man. Aggressive white men are seen as heroes. Aggressive black women are called uppity, shrill, and uncivil.

But there may be something else at play as well. As Gregory Krieg argues, there’s a long standing tradition that politicians set work aside in certain contexts. “The ability to hand-pick when and in what context to face the consequences of your work is a privilege, deep-seated and treasured by those who possess it,” he writes. “Dinnertime interlopers who challenge this expectation are protesting more than a government official or policy—they are fundamentally rejecting it.”

As he points out, this is a privilege, one that people in power are holding staunchly to.

This is the difference between Trump’s comments, as appallingly violent as they are, and Waters’: She’s encouraging the common people to confront the politicians during these downtimes.

Of course, why should the politicians get a break? The children who are separated from the parents at the border don’t get a daily break. Black Americans who deal daily with police violence, redlining, and marginalization don’t get a daily break. Trump recently mocked the #MeToo movement, because, like other men, he appears to think that men should get a break from the accusations… when do women get a break from the harassment?

One of the characteristics of privilege is that it comes with those ever-so-valuable breaks. Christmas break. Dinner break. It is what separates the privileged from everyone else.

Among the images of World War II is a photo series of Nazi officers on retreat: Smiling, playing, just hanging out… taking a break from the cold heartless murder of millions of innocent people.

One of our most beloved stories of war is Washington refusing to give a break to his enemy. Christmas or no Christmas, he was attacking.

Does this represent a lack of civility? Only in the skewed world of political power.

Surely the politicians giving a pass to Trump’s name-calling and other attacks but criticizing Waters’ encouragement to her base to rise up, as she reclaims her time, think they’re enforcing the unspoken rules of political civility, but in so doing, they’re aligning with the wrong side of history, and the wrong side of our cultural narrative.
— 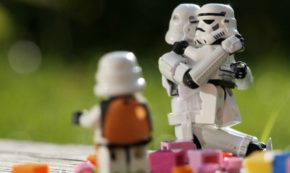 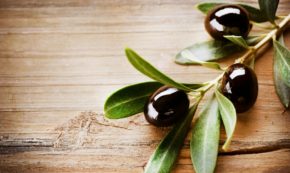 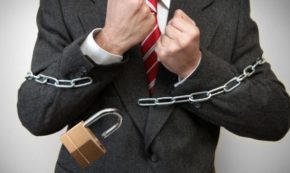