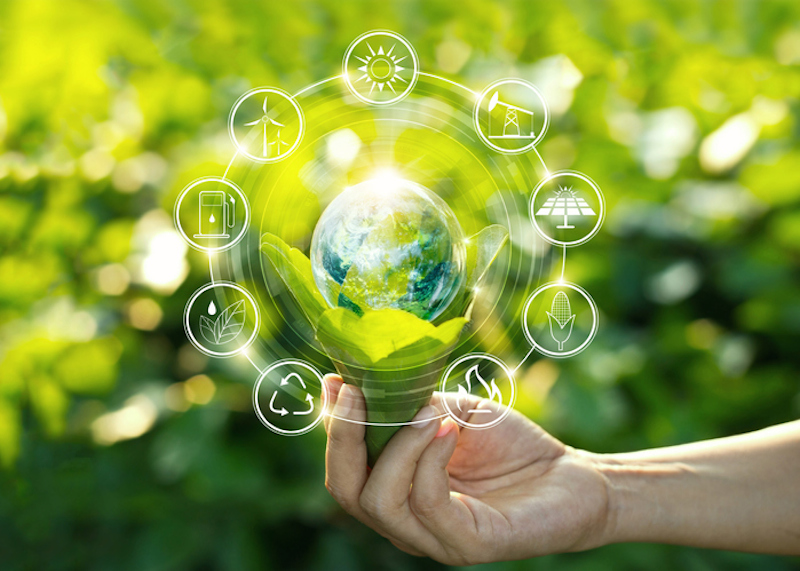 goodmenproject · We Are The Future: Live Recording

On our last show for the month of November (there will be no show next week because of the Thanksgiving holiday) we thought we might talk about a few more positive things which may or may not be in the news about our never-ending battle to make people aware of the climate struggles around the world.

While I want to spend more time telling you about how we reached a record number of hurricane-level tropical storms in the Atlantic this year (2020 set a record at 30) or about the challenges the Pacific storms which rocked China, India, Vietnam, Korea and Japan smashing their nations with flooding and displacing millions of people this year, instead we thought we would talk about the success stories around renewable energy, one of our many approaches to reducing greenhouse gasses such as carbon dioxide and the much more powerful methane.

My first stop is to recognize the omnipresent threat of the coronavirus. It is still with us. Since we are doing good news we won’t be here long. The virus is spreading across the central US which has had relaxed strictures. North Dakota has finally enacted a mask mandate, though its neighboring South Dakota has refused to do anything to shame any resident into wearing a mask. Governor Kristi Noem continues her opposition to lockdowns. South Dakota is currently considered the coronavirus hotspot of the nation with a 60% positivity rate. (It means six out of ten people tested are considered positive with the virus.)

The news of Texas, another coronavirus hotspot, is mixed. Governor Greg Abbot has dedicated Texas to increasing the testing in the state and will rely on “the data-driven hospitalization metrics used by doctors and medical experts.” He also plans to scale back businesses if the number patients in a region exceeds 15% of the hospital capacity for seven days.

As of Wednesday, Texas had over 1.1 million cases and 20,274 deaths related to coronavirus, according to data compiled by NBC News, and the state had seen a 47 percent increase in cases over the past 14 days.

Since we are going to talk about good news, we are going to skip Florida whose governor is refusing a mask mandate and DeSantis said he didn’t want to order a shutdown because he didn’t want to “hurt families who can’t afford to shelter in place for six weeks,” according to a statement his office sent to local station WPEC. “Especially not for a virus that has a 99.8 percent survival rate.”

In good coronavirus news, “greenhouse gases generated by the U.S. economy will slide 9.2 percent this year, tumbling to the lowest level in at least three decades, a new BloombergNEF study says.

Battered by the coronavirus pandemic, the stalled economy is projected to have generated 5.9 billion metric tons of emissions, about the same level as 1983, according to the private research organization.

Still, net emissions are expected to be 6.4 percent lower after taking into account the unusually extreme forest fires that swept the West Coast and Rocky Mountains earlier this year, pumping carbon dioxide and other pollution into the air and offsetting much of the drop in U.S. greenhouse gas emissions.

I said it was a mixed bag.

The coronavirus pandemic has given us one real gift: It has taught us that real and lasting change to the climate crisis is real.

Change is not only possible, it is within our ability to achieve right now, with the focused, affordable and profitable efforts to switch to zero-carbon renewable energy. Climate change can be pushed back. We have seen the effects of the #industrialquiet which took place in January and February and how clean the air became.

The effort is within our grasp with responsible policies, trade agreements, international interaction and clearly defined goals which, working together we can resolve. In fact, unless we work together, as an entire species, we have no chance to make the changes necessary to prevent the runaway greenhouse event looming in the future.

Low cost solar, wind, and battery technologies are on profitable, exponential trajectories that if sustained, will be enough to halve emissions from electricity generation by 2030. Wind and solar energy now regularly out-compete fossil fuels in most regions of the world. Electric vehicle growth has the potential to reach a 90% market share by 2030 if sustained, but only if strong policies support this direction.

Developed responsibly, we can harness these technologies and potentially scale further unproven ones to reduce about nearly two thirds of potential emissions in 2030. However, we need governments to drive this progress and take us the rest of the way.

The world is committed to fighting the climate crisis.

With the best news of the year, Joe Biden and Kamala Harris becoming president and vice-president, we have two leaders who are committed to the ideal of a greener world and working toward both sustainability and a more environmentally-sound future.

Yes, their first two years will be focused on the coronavirus pandemic, but I believe they can begin the reconstruction of resources lost under Donald Trump’s administration such as the re-staffing of the EPA, the FDA and two dozen other environmental agencies affected by lackluster leadership.

What can we do as citizens to aid in the transformation of our society, not just from the perspective of citizens but as recipients of an industrial engine slowly choking us to death?

America has shown its commitment in light of the Trump Administration’s leaving the Paris Accord with a national movement called “We are Still In,” a growing coalition of more than 3,600 leaders from cities, states, tribes businesses, college, and university came together to ensure America’s continuing commitment to the Paris Agreement. This coalition spans all 50 states, represents 155 million people, over 9.46 trillion in GDP, and is growing every day.

Can we change our perspectives on the economy or are we doomed to return to business as usual when the fires of the coronavirus are hopeful extinguished with a vaccine?

What other environmental ideas can you think our new administration should consider in their first term of office?

Call in and let us know what you think: