Get Daily Email
Join/Login CLOSE
Home / Featured Content / Will There Be Reparations for Ocoee, Florida? 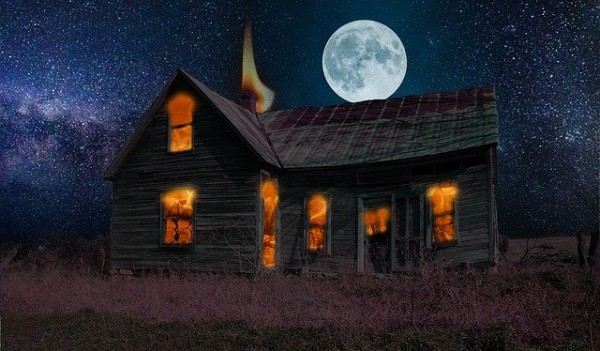 In 1920, Ocoee, FL was a sleepy town, more like a village with a population of just over a thousand people, half of whom were black. Ocoee is just outside of Orlando, FL; placed in the same county. This was long before Disney World when orange groves were the central feature of the area.

1920 was a Presidential election year. Warren G. Harding the Republican was running against Democrat James M. Cox. It was the first election since the end of World War One and the passage of the Nineteenth Amendment; giving women the right to vote.

Black Americans had the right to vote since the passage of the Fourteenth and Fifteenth Amendments in 1868 and 1870. During Reconstruction that led to the election of black representatives to Congress and state legislatures throughout the South and even statewide office in Mississippi. In 1877, the Party of Lincoln (Republicans) turned their back on the South in trade for winning a contested 1876 Presidential Election. Republicans got a President, Democrats got removal of Federal troops from the South, effectively ending Reconstruction. As icing on the cake, President Rutherford B. Hayes implemented Posse Comitatus, ensuring Federal Troops would never return to the South to protect one set of Americans from another.

Although blacks had been entitled to vote for half a century according to the Constitution. Jim Crow and the KKK had other ideas. Attempts to vote often led to lynchings and threats of harm. The people who should have offered protection, local law enforcement, were often part of the problem. Using their guns and badges to block the polling places. In 1920 there was an organized effort statewide in Florida to prevent blacks from voting. There were incidents in Jacksonville and Miami. None worse than what occurred in Ocoee, FL. Site of the “single bloodiest day in modern U.S. political history.”

There was a semi-organized effort to get blacks to vote in Florida. Two Ocoee men, July Perry, and Mose Norman, with guidance from a white Orlando judge; attempted to vote that day. It was alleged one of the men had a shotgun. When white vigilantes, led by a former Orlando police chief came to the home of July Perry. Two white men were killed by those inside trying to protect themselves. The call went out to the surrounding communities of Orlando, Apopka, and Winter Garden. They took July Perry to an Orlando jail, then the next day a mob took him from the jail and lynched him. The white mob shot and killed black people indiscriminately. They burned two black churches, a lodge meeting hall and 25 homes of black people. The Orlando newspaper reported on the “Ocoee Race Riot, Two Whites Killed.” The number of black people killed is unknown, estimates range from 35–100. All the black residents that weren’t initially killed were driven away. Ocoee remained an all-white town for 41 years.

“At the time that I visited Ocoee, the last colored family of Ocoee was leaving with their goods piled high on a motor truck with six colored children on top. White children stood around and jeered the Negroes who were leaving, threatening them with burning if they did not hurry up and get away. These children thought it a huge joke that some Negroes had been burned alive.”

In 1994, consideration was given to reparations for Ocoee victims. Citizens of Rosewood had been given a $2 million settlement after their town was burned out by whites in 1923, after Ocoee. In fighting the efforts to compensate Ocoee victims, lawyers claimed the state had no responsibility for Ocoee. They had “no way of knowing in advance” and were not liable. Because some of the landowners had received compensation, (some less than $1 per acre). They had already been reimbursed. The effort to compensate victims then failed miserably.

State Senator Randolph Bracy (D-Ocoee) is planning to introduce legislation for reparations to descendants of the Ocoee Massacre. He is proposing a $10 million settlement to direct descendants that step forward. He thinks the State which recently apologized for the Groveland Four who were innocently jailed or murdered (in one case both) in another Central Florida town for allegedly raping a white woman in 1949. This later proved to be false. Bracy believes that the state which voted for Trump in 2016 might have a change of heart. What do you think?

This post was previously published on Dialogue & Discourse and is republished here with permission from the author.
—