Get Daily Email
Join/Login CLOSE
Home / Advice & Confessions / Can I Tell You a Secret? 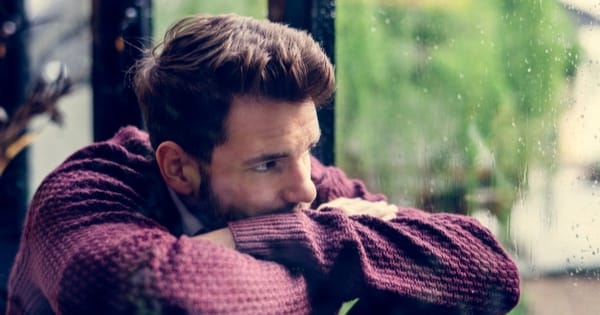 I’ve written probably close to 200 articles for The Good Men Project over the past 3+ years. Most of which have been about self-improvement or life coaching of some sort. I mean, I am a life coach after all.

In my writing career or in my career as a coach, never have I felt this vulnerable and exposed. Not gonna lie, I’m feeling pretty scared.

I’ve had my share of coaching calls in the past five years. I’ve worked with some of the finest coaches in the world. But man alive, I don’t know if I’ve ever had a call like I had this past week.

My coach asked me one of the most pointed questions I’ve ever been posed. And I’m a little surprised it didn’t hit me harder than it actually did.

“Ryan, what addict in your life haven’t you forgiven?”

A little backstory if you haven’t been reading my articles every week for the past three years. I’m the son of two addicts.

My mom was an alcoholic and she was I believe also addicted to self-hate. Her spiral began after her sister and brother in law were killed in a car crash in 1984. And she took a deep nosedive after her brother passed away suddenly at the age of 48. Her brother abused cocaine for many years, and I believe his passing was heart-related to the cocaine abuse.

My Dad took pretty much every drug known to mankind. I don’t know if he ever did heroin, but he did pretty much everything else. Primarily he smoked a ton of weed, and had addictions to alcohol as well as for a time, crack cocaine. Dad was a musician who came of age in the 60s and 70s after all. Not like that stuff wasn’t prevalent or anything. And he smoked cigarettes like a chimney. If the diabetic infection hadn’t killed him, the metastatic lung cancer would’ve.

My parents were intellectually brilliant people. My mom was the valedictorian of her high school. And my Dad once wrote a symphony. I don’t think that it’s out of the realm of possibility to one day hear that piece of music in Carnegie Hall. (I’m scheming to make that happen.) Oh, and to say nothing of he and his band once opened for Led Zeppelin…

But they were emotionally distant and mostly emotionally absent in my life. They were highly loving, but I don’t believe I was ever loved in the way I needed to be loved growing up.

Growing up, I always saw love through the lens of pity or rescue.

Let me tell y’all a story. I may have shared this before….

There were times that summer when I was for all intents and purposes, deaf. I mean, I could hear SOME things, but it was challenging.

I was eventually diagnosed as a freak of nature. When I was five, I had my tonsils and adenoids out.

By the time I was 13, my adenoids grew back with a vengeance not seen since Uma Thurman in Kill Bill Vol. 2.

This was a simple surgery. I didn’t even have to be admitted. I was simply in an outpatient facility.

BUT…I sure milked that to within an inch of my life, lemme tell ya.

Mom felt sorry for me and babied me. And I never felt more loved by her.

Let’s flash forward to when I was 32 and my gallbladder blew up real good. I was in the hospital for a week and out of work for a month.

I needed pity and rescue from a woman (my Mom) but I didn’t need that from my Dad.

Back to last Friday and my coach’s question:

“Ryan, what addict in your life haven’t you forgiven?”

I thought about that for several moments. And only one answer seemed appropriate. And to my surprise, I managed to say this without much difficulty.

I do my sessions with my coach on zoom video conference. As I do with my own clients for the most part. And when I said that, my coach raised his eyebrows and pulled back in his seat a little bit. I think I caught him a little off guard.

Let me be absolutely clear, I don’t have an addiction to drugs or alcohol. I rarely drink and drugs just disgust me.

But I do have an addiction. And I think it’s a little more sinister than drugs or alcohol.

For the past year, I’ve been in a pretty steady money breakdown. My old coach tried to get me to take this more seriously than I did. But did I listen to her? #nope

I believe my rock bottom moment occurred on the 10-year anniversary of losing my mother.

Friday, February 8, I put out a plea on social media. “Hey, I need help. I need money.” Worries about losing my apartment and having to move back to Alabama. I was surprised that people didn’t judge me.

I felt so good. I felt so loved.

The people in my life pitied me. They showed me love.

And I still lost my apartment.

Y’all, I have looked to practically every woman in my life to rescue me. From my mom, to my sister, to my therapists, to my coaches.

And every woman I’ve ever had romantic feelings for – every single one – I’ve manipulated or put on some sort of impossible pedestal. And lemme tell ya, my romantic life has been a radioactive hot mess.

Actually, that’s not true. With a few notable exceptions, my romantic life has been as quiet as a church mouse p****** on cotton.

And when the women I pursue seem to disappear, I hate myself and turn my hatred toward women.

Hell, I’ve manipulated women who I didn’t even have romantic feelings for into rescuing me and pitying me.

Jeez! Putting this on loudspeaker scares the holy living s*** outta me! My ego is having a field day with this! I’m physically shaking as I write this!

This is all my way of saying this:

I’m Ryan…and I’m addicted to love and to people feeling sorry for me.

I get high off it. It’s like a drug, man. And like any addict, I need my fix!

I’m in trouble. My money troubles still haven’t gone away, and I don’t know when they will.

I believe this is a turning point in my life. I’ve taken in a couple of phone meetings for the 12-step group SLAA (Sex and Love Addict Anonymous.) While I don’t identify as a sex addict, I do identify with a lot of the stories.

And just like the other 12-step group I belong to (Adult Children of Alcoholics) we have our own take on the 12 steps. And steps 8 and 9 are gonna be doozies (making a list of all you’ve harmed and making amends to them all except when to do so would injure them or others.)

Making amends to the one I’ve called “Potential” in this space before…man alive is that going to be a gut-wrenching phone call. I put her on the biggest pedestal of them all and of anyone in my life, she deserves it least.

I deserve happiness. I deserve love.

But I know this, I can’t stand feeling like this anymore.

Today is the first day of the rest of my life.

Sharing this about myself scares the hell out of me. But if my words can support one man to look at himself and accept the love everybody has for him, then my job is done.

Facebook17TweetPin2EmailShares19
wpDiscuz
0
0
Would love your thoughts, please comment.x
()
x
| Reply
Share this ArticleLike this article? Email it to a friend!
Email sent!