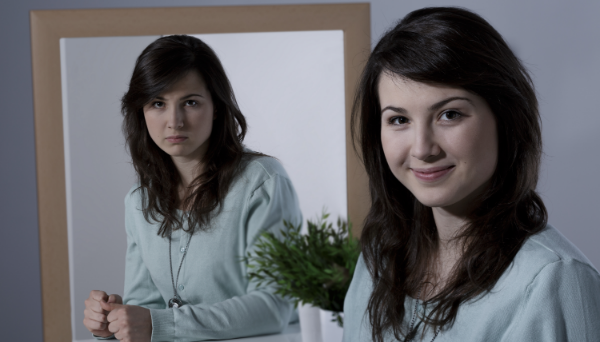 Caring about someone with Borderline Personality Disorder (BPD) tosses you on a roller coaster ride from being loved and lauded to abandoned and bashed. Being a borderline (having BPD) is no picnic, either. You live in unbearable psychic pain most of the time and in severe cases on the border between reality and psychosis. Your illness distorts your perceptions causing antagonistic behavior and making the world a perilous place. The pain and terror of abandonment and feeling unwanted can be so great that suicide feels like a better choice.

If you like drama, excitement, and intensity, enjoy the ride, because things will never be calm. Following a passionate and immediate beginning, expect a stormy relationship that includes accusations and anger, jealousy, bullying, control, and break-ups due to the borderline’s insecurity. Nothing is grey or gradual. For borderlines, things are black and white. They have the quintessential Jekyll and Hyde personality. Fluctuating dramatically between idealizing and devaluing you, they may suddenly and sporadically shift throughout the day. You never know what or whom to expect.

The Drama
Borderlines’ intense, labile emotions elevate you when they’re in good spirits and crush you when they’re not. You’re a prince or a princess, a bastard or a b*tch. If you’re on the outs with them, all their bad feelings get projected onto you. They can be vindictive and punish you with words, silence, or other tactics, which feel manipulative and can be very destructive to your self-esteem. Unlike Bi-Polar Disorder, their moods shift quickly and aren’t a departure from their normal self. What you see is their norm.

Their emotions, behavior, and unstable relationships, including work history, reflect a fragile shame-based self-image, often marked by sudden shifts, sometimes to the extent that they feel nonexistent, made worse when they’re alone. Thus, they’re dependent on others and may seek advice frequently, sometimes from several people on the same day, asking the same question. They’re desperate to be loved and cared for, yet are hypervigilant for any real or imagined signs of rejection or abandonment should you, for example, be late, cancel an appointment, or talk to someone they see as competition. For them, trust is always an issue, often leading to distortions of reality and paranoia. You’re seen as either for or against them and must take their side. Don’t dare to defend their enemy or try to justify or explain any slight they claim to have experienced. They may try to bait you into anger, then falsely accuse you of rejecting them, “gaslight you,” (make you doubt reality and your sanity – see the movie), even brainwash you. In their desperation for caring, they can behave in ways that feel like emotional manipulation. Cut-offs of friends and relatives who “betray” them is common.

They react to their profound fears of abandonment with needy and clingy behavior or anger and fury that reflect their own skewed reality and self-image. On the other hand, they equally fear the romantic merger they try to create, because they’re afraid of being dominated or swallowed up by too much intimacy. In a close relationship, they must walk a tightrope to balance the fear of being alone or of being too close. To do so, they try to control with commands or indirect maneuvers, including flattery and seduction, to reel in their partner and use their anger and use rejection to keep him or her at a safe distance. Whereas narcissists enjoy being understood, too much understanding frightens the borderline.

With Codependents
Generally, borderlines are codependent and find another codependent to merge with and to help them. They seek someone to provide stability and to balance their changeable emotionality. Codependents and narcissists who act self-sufficient and control their feelings provide a perfect match. They’re easily seduced by the borderline’s extreme openness, charm, and vulnerability. In addition, the borderline’s passion and intense emotions are enlivening to non-BPD’s, who find being alone depressing or “healthy” people boring. These partners vicariously come alive through the melodrama provided by the borderline.

The borderline may appear to be the more dependent underdog in the relationship, while his or her partner is the steady, needless and caretaking top dog, but in fact, both are codependent on each other. It can be hard for either of them to leave. They each exercise control in different ways. Codependents also yearn for love and fear abandonment. Codependents already have low self-esteem and poor boundaries, so they placate, accommodate, and apologize when attacked in order to maintain the emotional connection in the relationship. They often become caretakers. They do so sometimes to the point of self-sacrifice or enabling.

In the process, they give over more and more control to the borderline and further seal their low self-esteem and the couple’s codependency. Giving in to their partner and giving them control does not make either of them feel more safe, but the opposite. Borderlines need boundaries. Setting a boundary can sometimes snap them out of their delusional thinking. Calling their bluff is also helpful. (See also my blog on manipulation.) Both strategies require that codependents build their self-esteem, learn to be assertive, and derive outside emotional support. The relationship can improve when the partner takes steps to heal their codependency. See Codependency for Dummies.

Making the Diagnosis
Like all personality disorders, BPD exists on a continuum, from mild to severe. It affects women more than men and about two percent of the U.S. population. BPD is usually diagnosed in young adulthood when there has been a pattern of impulsivity and instability in relationships, self-image, and emotions. They may use alcohol, food, or drugs or other addiction to try to self-medicate their pain, but it only exacerbates it. To diagnose BPD, at least five of the following symptoms must be enduring and present in a variety of areas:

Causes and Treatment
The cause of BPD is not clearly known, but often there has been neglect, abandonment, or abuse in childhood and possibly genetic factors. People who have a first-degree relative with BPD are five times more likely to develop BPD themselves. Research has shown brain changes in the ability to regulate emotions. For more, read here and here. Unlike narcissists who often avoid therapy, borderlines usually welcome it; however, before recent treatment innovations, its effectiveness had been questioned, which led to stigmatization.

Today, BPD is no longer a life sentence. Studies have shown that some people recover on their own, some improve with weekly therapy, and some require hospitalization. Long-term treatment is required for maximum results, with symptom relief increasingly improving. A 10-year study showed substantial remission after ten years. Use of medication and DBT, CBT, schema therapy and some other modalities have proven helpful. Most individuals with BPD have another co-occurring diagnosis, such as addiction and/or depression. Acute symptoms diminish more readily than temperamental ones, such as anger, loneliness, and emptiness and abandonment/dependency issues. Borderlines need structure, and a combination of knowing that they’re cared about plus boundaries that are communicated calmly and firmly. Learn to be assertive, and set boundaries. Get How to Speak Your Mind- Become Assertive and Set Limits (and webinar: Be Assertive) For partners, it’s also important to seek therapy in order to raise your self-esteem. Get How to Raise Your Self-Esteem. See my blog on “How to Spot Manipulation” and my books and e-workbooks for helpful exercises.
©Darlene Lancer, LMFT 2013

This post was originally published on WhatIsCodependency.com and is republished here with the author’s permission.
—

Facebook124Tweet2PinEmailShares126
wpDiscuz
0
0
Would love your thoughts, please comment.x
()
x
| Reply
Share this ArticleLike this article? Email it to a friend!
Email sent!