Get Daily Email
Join/Login CLOSE
Home / Advice & Confessions / The Decay of Brother Kelly: The Character That Stinks Will Eventually Sink 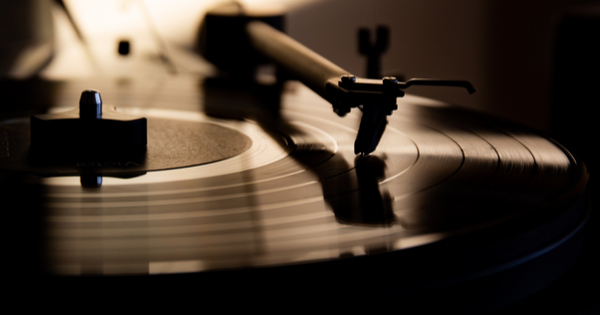 “If you do not conquer self, you will be conquered by self”- Napoleon Hill

Destiny decays when character declines! The Athenian statesman, Critias, once said, “If you discipline yourself within, you will be less vulnerable to injury from outside”. In life, you need more than a willing spirit to fulfill destiny; you need a conquered flesh! Self-discipline is the ability to do what is right even if you don’t feel like it. Living a principled centered life is the hallmark of winners. Great people are greatly principled. The core secret of winners is held up in the belief that to go up in life, there are things to give up. There are two ways of learning in life: it is either you learn by ‘instruction’ or by ‘destruction’! Winners don’t just show up suddenly; they are all products of a rigorous and disciplined system. Alan Armstrong said, “Champions do not become champions when they win the event, but in hours, weeks, months, and years they spend preparing for it. The victorious performance itself is merely the demonstration of their championship character”.

Lao-Tzu said, “He who gains victory over other men is strong, but he who gains victory over himself is all powerful.” One of my most fascinating books ever on ‘Discipline’, Extreme Ownership: How U.S. Navy SEALs Lead and Win, is Co-authored by a retired Navy SEAL commander in the U.S Navy, Jocko Willink. Willink talked extensively on how we must always take ownership of our lives and that nobody must ever be the reason why we fail in life. He succinctly captured his idea about discipline in one quote, when he said, “Discipline equals freedom.” As a youth pastor and leadership coach, I have observed with unfailing accuracy that what ultimately destroys a man at the top are actually the indiscipline nature, habit, and sin that followed him there!

Finally, R-kelly goes to 20yrs in jail for pornography, statutory rape, and other sexual offenses. R Kelly was unarguably the BEST R&B recording artiste of all times! I have never known such brilliant lyrics and melodic sounds as R-Kellys’. I still remember his greatest hit of all times that shook the world. “I BELIEVE I CAN FLY”. I also remember another smashing hit. “IF I COULD TURN”. He was a solid master in his craft. A Virtuoso of the Mic. He does no wrong when he hits the stage. He was lord of that stage. With a charismatic nature that no one couldn’t contend. I remember all. Up till this moment, they still resonate in my head. Till now, they still serenade my senses but the turn of event has reduced a star to a piece of bread!

So here we are. From 3 time Grammy Award winner to wearing prison overall. As much as I feel justice should take its course, my heart still bleeds for this legend. My heart bleeds to see what this guy has been reduced to. He has been reduced to a defeated and despondent figure. Helpless and hopeless! Now he’s paying for his choice of life. Now as he’s finally convicted to spend 20 years. This means he should be over 70 after serving his prison term. Really sad! Plato said, “For a man to conquer himself is the first and noblest of all victories.”

When R-Kelly was acquitted and his case dismissed over a decade ago for child pornography, his brother, Kerry Kelly, called him on the phone and told him: “Hey man…GOD has given you another chance”. The singer’s response according to his Brother during an interview was:  “No…GOD didn’t give me another chance. I gave myself another chance. My money gave me another chance”. Since over a decade after his acquittal, R-kelly never learned. He never changed. He took the fact that the judgment was in his favor for granted. He continued his salacious act of sleeping with under-aged girls. He forgot it was only a matter of time before his actions would catch up with him big time.

Fyodor Dostoevsky once said: “It seems, in fact, as though the second half of a man’s life is made up of nothing but the habits he has accumulated during the first half.” What would eventually bring a man down from a great height is actually the habit that followed him there. You can’t be a winner with losers’ habits. Successful people are simply those with successful habits. Depending on what they are, our habits would either break us or make us. Any habit that you refuse to deal with in the present would deal with you in the future. Stop that habit of pornography, masturbation, lying, anger or whatever it is that is holding you back from living a fulfilling life. You have to ‘face’ your bad habits, so that you can ‘phase’ them out.

The former President of the United States, Harry S Truman once said, “In reading the lives of great men, I found that the first victory they won was over themselves. Self-discipline with all of them came first.” At the height of his fame and career, Kelly was one of the most recognized entertainment personalities in the world. Apart from his many accomplishments, his outrageous, undisciplined and controversial behavior with underaged girls and deep involvement with child pornography has kept him in the public eye and in the courtroom. A man noted for his undisciplined sex escapade and erratic behavior.

Jim Rohn said, “Discipline is the bridge between goals and accomplishment.” Character matters in everything. Beauty without manner can’t sustain you in marriage. Intelligence without character can’t make you outstanding. Power without discipline will end you in futility. What are you blessed with? Never take advantage of others, it may not end well.

Jim Rohn said, “We must all suffer one of two things: the pain of discipline or the pain of regret” It is either we suffer the pain of change or suffer remaining the way we are. I am reaching out to all the youths out there in the words of Max DePree, “We cannot become what we want to be by remaining what we are.” We need to constantly adjust ourselves in order to get the best out of life. Destiny decays when discipline declines!

“No man is free who is not master of himself”- Epictetus