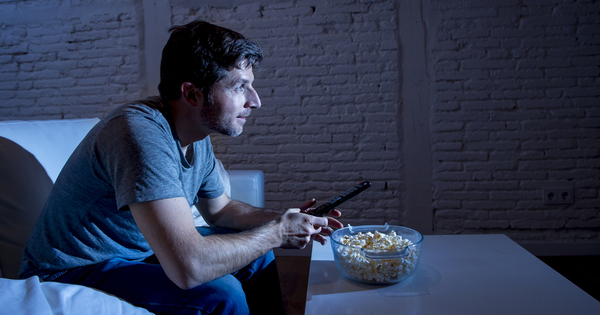 I fell in love with film at 7 years old when watching Star Wars.

From the first scene.

The rebel soldiers are lining a corridor, nervously looking at one another as they hear an Imperial Star Destroyer dock with their ship.

They also know, they just have to buy the Princess time.

Lining that corridor were all men. Or rather, MEN!

It can be easy to get confused on what a man should be, and it can be easy to lose our way. In my twenties, I tried to be more masculine in a movie sense of the word, and I began modeling the heroes I had seen on screen.

I used to drink cups of tea. A nice cup of tea. But I find it hard to think of an example of a hero taking a break and having a brew. Coffee is the drink of MEN. Not latte, nor a mocha. A black coffee.

So I taught myself to drink it, and enjoy it.

In that same period I was drinking beer, maybe shots too. Jack Daniels and coke was an option for a while, until the girls around me started drinking it.

But what alcohol do MEN drink?

Whiskey of course. So I taught myself to appreciate it, straight.

Just like Humphrey Bogart, who even when heartbroken, and drunkenly babbling, slumped over his whiskey in Casablanca, is cool.

I have grown up with this archetype, and I still adore seeing it played out on screen.

Being a man is not just about what you drink though. It is about sacrificing yourself for something greater. Anytime I see MEN stand up to overwhelming odds I get emotional. It started with Star Wars in 1977, and continues in to Rogue One, but now women can be just as bada$$.

Perhaps what I am talking about is the Hero, rather than a MAN. But for a white, straight, cisgender man that loves movies, that line is blurred.

I have been programmed for decades by mainstream media that people who look like me, will save the day. No matter what the odds, you can be reassured that the good guys will win, or die nobly.

Doing the right thing, when you are outnumbered and outgunned. That’s the MAN I want to see on screen.

Being a MAN is not all about what you drink, and sacrificing yourself. It is about love and vulnerability.

Movies have always had examples of this, but perhaps we chose to ignore it.

In 1988 John Mclaine was crying in a toilet, picking glass out of his feet, telling the policemen on the radio to please tell his wife that he is sorry.

1952 Will Kane sits at his sheriff desk, aware that the clock is ticking, that a man he sent to prison is in his way to kill him. His friends have abandoned him. He cries. (John Wayne hated that movie)

Modern-day. Thor has hidden away from the world, self-destructing through food and alcohol, and has panic attacks.

Iron man struggles with PTSD and alcoholism. Even Hulk, the most brutish representation of masculinity, feels fear.

The greatest representation of men that I enjoy seeing is that vulnerability, combined with standing up to overwhelming odds.

It has nothing to do with ethnicity, religion, or sexuality. I don’t care what the MAN looks like, as long as they stand up for what they believe, against huge odds, with compassion and vulnerability.

It can be finding the strength to get out of bed every day while managing depression.

To be patient and manage stress when your 3-year-old is having a tantrum.

It can be opening up about your feelings and saving your relationship with your wife.

That’s the MAN I want to see.