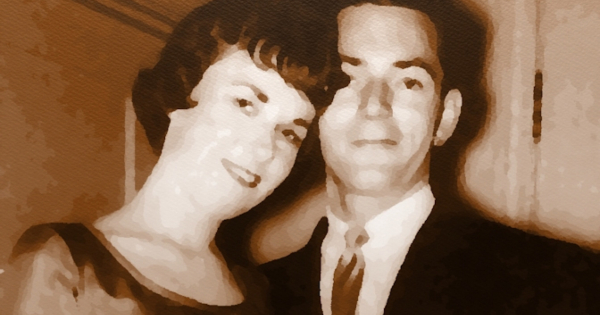 With great trepidation, I wrote the original version of this piece for publication with the Feminine Collective. Will I hurt those I love? Probably. Is it worth it to tell the truth, to let people know what it is like to live under the shadow of unacknowledged, untreated mental illness? I pray that the good outweighs the pain. I pray for understanding and compassion.

Mental illness when untreated and unacknowledged can cause great pain to extended family members. Out of respect for my relatives, this version has been changed. The actual content of my mother’s bizarre delusions is masked, remains a secret here, on my site at least, to protect those she attacked.

This is my story, my perspective, my understanding.

Taboo content
Folly of two
Folly, delusion, shared by my parents
I’ve protected them
Partly out of respect
Partly out of fear of the repercussions
Partly, for my sister who is protective of their privacy
We grew up under the shadow of a bizarre distorted thought process
Symptomatic of mental illness
Originated by our mother
Backed up by our father
In front of us, since we were young, our mother would attack our father
Making bizarre claims with no basis in reality
My sister and I would look across the table
For our reality check
No. Where did she get these bizarre ideas?
There was no evidence for them
They made absolutely no sense
Our mother was crazy
Yes, I am heir to her illness
Anyway, after our mother would verbally abuse our father
In front of us, her daughters
With bizarre claims
Content from her mind
Her thought process
With no basis in fact
She would storm off to her bedroom
Leaving our father with us
Then he, our father, made us apologize to our mother
We would ask why we hadn’t done anything
Mom had been abusive to HIM
We just witnessed our mother’s attack
We did nothing wrong
He would respond that
She just didn’t feel appreciated
She needed our attention
He would throw us under the bus
Use us as his buffer
Not only NOT protect us, but use us
My father would join my mother in her belief system
That thought process, that dynamic
Put a wedge between the outside world and us
Between our extended family and us
My sister and I didn’t even go to our paternal grandparents’ funerals
For fear of how our mother would react
She would have considered it a betrayal
She considered her in-laws her enemies
I’ve had to tread carefully over the years
As I’ve befriended my paternal extended family over Facebook
I know my mother is sick and my father joined her
I once saw a home-movie of my mother
She danced in circles around the rest of her family
I saw myself in her
Twirling rapidly around others
As they simply stood still
Shit, I thought. I am my mother.
But with one major difference
I got help

(Only later, through therapy, did I realize that it was also abusive to US, for we, as children and later as teens should never have been privy to such bizarre delusions.)

A version of this post was previously published on KittOMalley.com and is republished here with permission from the author.