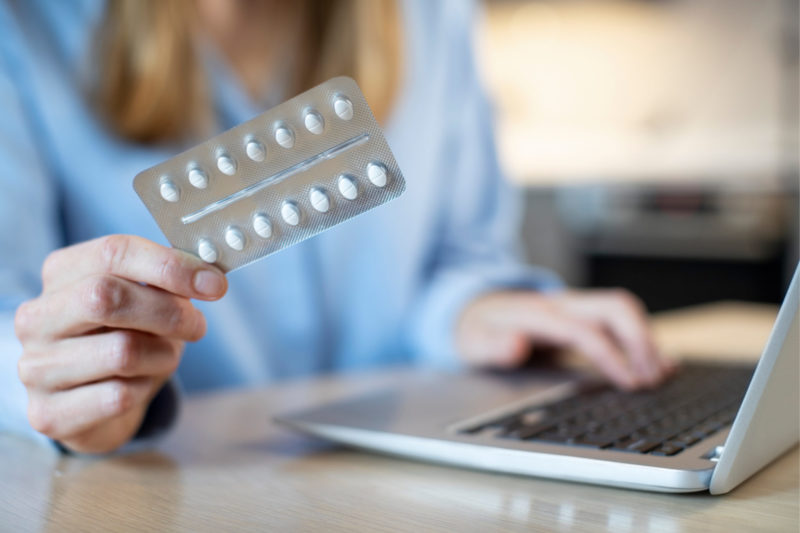 In 2017, The United States Health and Human Services department officially declared a public health emergency and outlined key factors contributing to today’s opioid epidemic. This crisis originated in the late 1990s when pharmaceutical companies began reassuring the medical community that prescription painkillers wouldn’t become addictive. Today, half of all injury-related deaths occurring in the United States are due to drug overdoses.

As healthcare providers began administering prescription painkillers at a greater rate, it became clear that addiction was certainly a much bigger issue. Statistics surrounding the opioid crisis are harrowing:

The future of addiction prevention relies on progressive policy changes, increased awareness, and technology innovations. While more hospitals are wary about increasing dosages and prescribing opioids, there needs to be a better way of dealing with pain.

That’s where WaveLife comes in. “We understand the role that revolutionary technology plays in addiction prevention and pain management,” says Jan Wellmann, CEO at WaveLife  Technologies. “We developed the Energy Cell to alleviate pain and minimize the reliance on traditional pain killers that lead to addiction.”

The WaveLife Energy cell is a non-invasive patch designed to reduce pain through natural and safe methods. It’s non-addictive and non-chemical, creating a safe alternative to standard prescription painkillers. But to fully understand the importance of this technology, it helps to decipher ambiguous ideas about addiction.

Where do opioid addictions start?

Understanding how opioid addictions start is important on the path towards creating manageable solutions. Anyone who takes opioids for short or long-term pain is at risk for developing an addiction—although some are more susceptible to dependability than others. For example, people who smoke are more likely to develop an addiction to prescription painkillers.

Like all addictions, opioids begin as pleasurable, problem-solving antidotes and quickly progress.

How do opioids cause addictions?

Opioids help the body release endorphins—the happy hormone secreted from the brain and central nervous system. These feel-good neurotransmitters boost your feelings of pleasure and muffle your pain perception. However, this slows down the natural production of endorphins, which builds tolerance in the body. Before you know it, the same dose of opioids no longer supports your ability to feel pain relief, which leads to seeking higher dosages.

High tolerance, accessibility, and high costs for prescription painkillers open the door for heroin use. Rising medical costs are one of the primary reasons that people turn to heroin to satiate euphoric cravings or relieve them from pain. But because it’s become increasingly difficult to continue an opioid script as awareness around addiction grows, more people are purchasing them on the black market at around $1 per milligram. Still, this is far too expensive for an individual suffering from an addiction; an addict might need several 30-milligram pills to feel content for the day. Heroin produces the same feel-good effect that pills do, at a fraction of the cost—and it’s much easier to obtain.

Two scientific breakthroughs have made the Energy Cell possible. The first revolves around life-promoting frequencies called Vital Fields. Everything in the world around us—even stationary objects—are vibrating constantly at various frequencies. And every organism emits its own energy; a natural electromagnetic field called a “vital field.”

Vital Fields allow cells, micro-organisms, and all living systems to transfer information and energy that enable cells to repair, regenerate, and protect themselves against toxins, stress, trauma, and injury.

The second part of WaveLife technology is a patented composite EMF material that can retain and emit Vital Fields with extraordinary durability. “If Vital Fields are the signal, EMF is the beam that transmits it,” says Wellmann. “Stored in a wearable patch, this significantly undercuts the cost of traditional pain-relieving techniques, and the device can charge and retain electromagnetic frequencies (EMF) with minimal emission loss.”

Vital Fields emitted by the patch influence the cell activity through the water in our bodies. The Cell targets stressed cells in localized areas of the body, and pain relief can occur within hours, depending on the severity of the injury.

Research conducted by the University of Michigan found that 11% of high school athletes have used an opioid or narcotic pain reliever for non-medical purposes. In fact, athletes are twice as likely to be prescribed painkillers than non-athletes adolescents.

Even athletes with multi-million dollar contracts struggle with limited insurance options and fewer options for pain management. Ray Lucas, a quarterback who played for the New England Patriots, New York Jets, and Miami Dolphins during a 7-year NFL tenure, had difficulty managing his opioid addiction. Lucas sustained several injuries that resulted in opioid usage and found himself in a difficult position. A neck injury would have cost a $400,000 surgery, so instead, he was prescribed 125 pills per month.

High injury sports like football have caused many others to turn to prescription painkillers, too. A survey on opioid usage among NFL players found that 52% used opioids during their NFL career, and 71% of them had misused it. Furthermore, just over half of users reported getting their prescription painkillers from non-medical sources like teammates and coaches.

“Today’s athletes need long-term resources to localize pain solutions and effectively treat previous and new injuries,” says Wellmann. “While the Energy Cell was designed for a wide range of use cases, because of the high-risk factor for opioid addiction among athletes, we hope to offer a tool that helps them manage pain and have a fruitful athletic career.”

Franz Klammer, a downhill ski Olympic champion and 25-time World Cup winner, used the Energy Cell to help him manage pain from previous sports injuries. “With this new Vital Fields technology, it took less than 10 minutes to find out where my weaknesses are and where I needed therapy,” he says. “Within three or four days, I could bend my knee and feel completely pain-free.”

Sheldon White is a book worm and photographer by hobby! He completed his graduation in computer science from Hill College, Texas! After graduation, while doodling from jobs to jobs he's finally got his first right path to follow which led him towards his dream. We've finally got a content writer by passion, who took the guts to make his passion his profession by contributing as a fulltime content writer. Nowadays, he's concentrating on various blogs, sharing his experiences with the world.