Get Daily Email
Join/Login CLOSE
Home / moustacheclubofamerica / Crossing the Line: How I Met My Husband While Starring on an MTV Reality Show 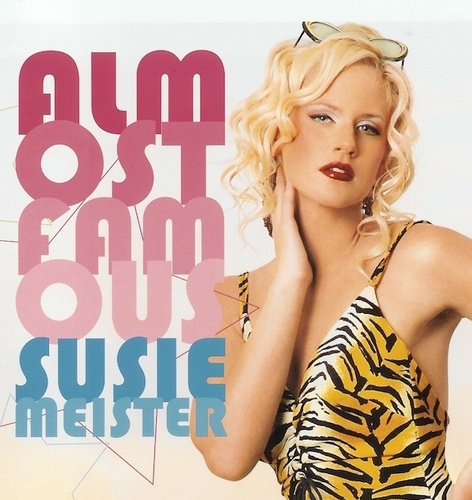 MTV reality star Susie Meister explains why she “crossed the line” at her workplace and married a crew member from Real World Road Rules Challenge:  The Ruins.

Crossing the Line. That’s reality television lingo for when the production crew interacts on a personal basis with cast members. The crossing of the invisible line between cast and crew is strictly forbidden. The Line is designed to prevent non-filmable story from developing, but for the cast, it serves to create a mystique surrounding the hundreds of people behind the camera and offers temptation in the form of producers, camera operators, and talent coordinators. Because reality shows technically fall under the umbrella of documentaries, the cast can get away with talking to the crew, but the crew must never respond.

We were filming MTV’s “Real World Road Rules Challenge: The Ruins” in Thailand. I noticed a handsome man on the crew and decided he would be my project for the next six weeks (or until I got sent home for losing in man-to-man combat or physically attacking a cast member). The cast isn’t allowed to watch television, listen to music, read books, or even wear watches (I’m not sure why this is the case, but I think it has something to do with disorienting your sense of self within the time/space continuum). Given the limited options for passing the time, pursuing the forbidden fruit seemed a reasonable exercise.

He was a Sound Guy. He was paid to listen to me, and I gave him an earful. I would ask him every day where he would take me on our first date, where we would get married, what we’d name our children. Under most circumstances I would be considered a stalker, but our professional setting allowed my harassment, and he wouldn’t get in trouble as long as he ignored it. Our microphones are attached to the inside of our shirts and their batteries are strapped awkwardly around our torsos. His job required him to reach up into my top and clip the microphone onto the fabric. Oddly, in those moments I became suddenly demure. I could feel my heart race, and would wonder if he could hear my palpitations in his bulky headphones. He never said a word.

His silence didn’t hinder my advances. In fact, it increased the intrigue. If a man couldn’t speak, then he couldn’t say anything dumb or hurtful or unattractive. He could, at least in my mind, become The Perfect Guy. His competition wasn’t stiff though. The reality show cast members who surrounded me, while telegenic, were chosen in part due to their uncensored personalities. Additionally, the competitive nature of the show makes females the enemy (who wants girls weighing down the team of meatheads?). This combination of factors fosters an environment where male cast members are often verbally cruel towards their female counterparts. Observing this dynamic made the silent, hard-working crew member in the corner even more attractive.

As the days passed and I was not eliminated, my prize money pot grew along with my infatuation for My Sound Guy. I had to make it to the wrap party. The wrap party is where The Line goes to die. Because the wrap party occurs after filming has ended, the wall of separation between cast and crew is no more.

On the final day of filming the remaining cast members competed in a race that involved eating unidentifiable items, completing puzzles, and running in the hot Thai sun. I won, but more importantly I got to attend the wrap party.

The competitive nature of the show makes females the enemy (who wants girls weighing down the team of meatheads?). This combination of factors fosters an environment where male cast members are often verbally cruel towards their female counterparts.

I saw My Sound Guy across the room, conspicuously devoid of bulky headphones and sound mixing rig. I approached him with an intensity that comes with being deprived of normal socialization, books, and music for six weeks. “Are you ready for this?” I asked. “Yes, I am,” he replied in a British accent. He’s British! Even better.

I don’t know many reality cast members who haven’t had a crush on, hooked up with, or dated a crew member. Crossing the Line is as much sport as it is romance. I’m just lucky My Sound Guy happened to live up the imaginary dream man I created in my mind. In one day, I won $70,000 and “met” the British audio mixer who would become my husband–a sound guy indeed!

Susie Meister appeared on "Road Rules Australia," "Road Rules Viewers Revenge" and five MTV's "Real World Road Rules Challenges." She is currently a doctoral candidate in religious studies at the University of Pittsburgh. Susie recently launched a podcast called The Meister Piece, where she discusses pop culture and hot topics with various guests. Her podcasts and blog posts can be found at her website, www.susiemeister.com. Follow her on Twitter: @Susie_Meister.

“Meatheads?” I see you are still being generous. 😉

Holy shit that last pun literally made me laugh out loud 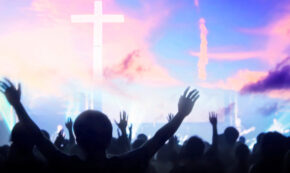 FacebookTweetPinEmailShares102
wpDiscuz
3
0
Would love your thoughts, please comment.x
()
x
| Reply
Share this ArticleLike this article? Email it to a friend!
Email sent!