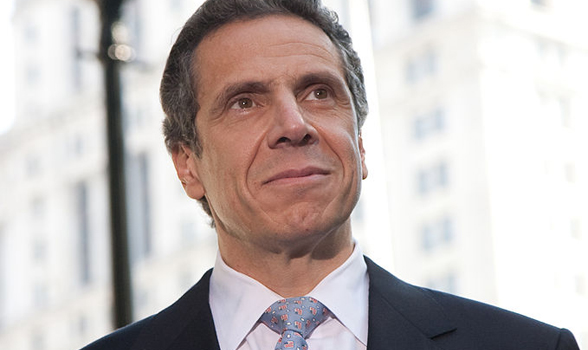 The fight for marriage equality in New York is on, and over the past few days, some of the most politically powerful men in the state have been bringing huge visibility to the issue. These leaders are campaigning harder than after seeing the failure of a marriage equality bill in 2009. They are now pushing to get a new bill passed before June 20, when the legislative session ends.

On Monday, Gov. Andrew Cuomo released a video where he encourages residents to ask their local representative to support a bill for marriage equality:

This is a matter of fairness and equality. It is not a question of religion or culture but a question of legal rights and government policy. When it comes to fighting for what’s right, New Yorkers wrote the book, and marriage equality is the next chapter of our civil rights story.

The politicians’ announcements are all important because they demonstrate leadership support from a number of different demographics. Cuomo represents the liberal Democrat, Bloomberg’s a Republican-turned-Independent, and Bruno’s a Republican. Bloomberg and Bruno both have questionable histories when it comes to their stance on gay rights, but their vocal support is an important influence on voters who are undecided or apathetic about marriage equality. Cuomo and Bloomberg, at least, have high approval ratings, so their opinion has important pull.

With an issue involving the rights of a minority, like members of the LGBT community, it’s important to have allies. When advocacy efforts are solely contained within the already-sympathetic minority community, it’s next to impossible to make any progress. Straight allies, like these men who value equality, are essential in disseminating the message further and provoking action from people who may otherwise not care.

Jesse Scaccia wrote a piece in February for altdaily.com, a publication based in Norfolk, Virginia, describing why, as a heterosexual man (with maybe a more complicated background than some other heterosexual men), he cared about LGBT rights:

I want to live in a society where it literally does not matter what choices a person makes when it comes to who they love. For that kind of society to be actualized, people like me need to come out and say that physical contact with someone of your own sex is not implicitly gross. It is not wrong. It is not immoral. It’s okay, really. To some people—people I love dearly—it is how God intended them to live. That, to me, is an immutable fact.

For Cuomo or Bloomberg or DiNapoli or Bruno, their decisions to speak up for these rights and campaign for marriage equality in New York are also based in the idea that it’s simply wrong to deny someone that equality. It’s important to acknowledge their commitment to the cause and reflect on the impact of their raised voices.

“Politicians come out in support of gay marriage”

Of course they do, its a potentially lucrative untapped market, more laws, more money for the establishment, more taxes.

Gay people should look at the misery that modern marriage causes, and stay well away from it.

Good Article, but its not exactly “Marriage Equality” as it doesn’t deal with the massive inequalities in Heterosexual Marriage which are not being dealt with.

Nice to see these politicians doing something right, and in concert. Hope they have enough sway over constituents on this issue.