Get Daily Email
Join/Login CLOSE
Home / On Rape and Sexual Violence / Do You Really Wish It Had Been You?

Rape is not sex seems like the most obvious fact in the world. Then why do we call some guys “lucky” asks Danny.

If you have ever heard about, read about, or talked to someone about a case of female against male rape (mostly but not limited to statutory) there is a good chance you’ve heard some pretty odd commentary. In addition to some women who don’t understand how a woman can rape a man there are also some guys saying things to the effect of:

“He should feel lucky!”

“Where were teachers like that when I was in school!”

Let’s talk to those guys for a moment.

Okay guys when you talk about female against male rape and how that guy is lucky or however you say that him being raped is a good thing (or a not so bad thing) I don’t think you’re thinking about it properly.

When someone is raped that means that they had sex under some circumstance in which they were not able to consent (in statutory there is a legal presumption that a person under a certain age is not able to give consent for sex, even if they technically said yes). When you compare the experience of the male that was raped to your own desire to have sex with his rapist you are missing a very big detail.

That rape victim never got a say in that sexual encounter.

To make comments about how that male rape victim should have liked it or how you would have liked it you are trying to equate him being raped with your desire for a consensual encounter. However instead you should probably be comparing his experience with something else.

A sexual encounter in which your ability to consent is taken from you.

Now imagine that your ability to say no, turn that person down, or otherwise not engage in sex (aka deny consent) is taken away from you or if you’re considered not able to give consent (for example you’re below the age of consent). She drugs you. She physically forces you. She blackmails you. The exact way doesn’t matter, just that she made you have sex when you didn’t want to.

THAT is what you should be comparing that male victim’s experience to.

Just something to consider the next time you want to say something like that about a guy that was raped by a woman.

Originally published on Danny’s Corner of the Universe

When men comment on females raping men by saying, “He’s lucky,” you are so right in that they aren’t looking at this terrible violation correctly, and I think what they have in mind is clueing to an unspoken problem that Noah Brand wrote about in his post “Men Must Be Needed Because We Can’t Be Wanted.” https://goodmenproject.com/ethics-values/brand-men-must-be-needed-because-we-cant-be-wanted/ I think a lot of men deep down don’t believe that women express interest in men in ways they’d like, certainly not as frequently, if at all, so when they hear of a woman raping a man, they only look at it on… Read more »

I think you have a point and I think there is something else at work.

Thanks for writing this Danny. Far too often I’ve seen people disregard, minimize, or attempt to erase the trauma experienced by those of us who have been raped in situations that did not involve the use of overpowering force. The conversation about consent is tremendously important and needs to include everyone.

Thanks for reading. Far too often I’ve seen people disregard, minimize, or attempt to erase the trauma experienced by those of us who have been raped in situations that did not involve the use of overpowering force. The conversation about consent is tremendously important and needs to include everyone. Agreed. All too often when talking about the reality of women raping men one common counter argument is that men are larger and stronger than women. That’s always struck me as odd. I know that when talking about men raping women physical overpower is nowhere near the only method that is… Read more » 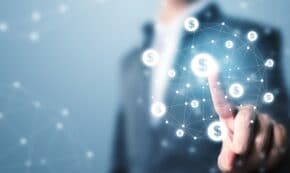 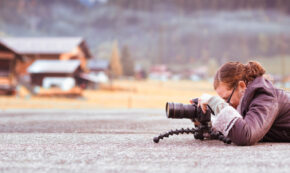 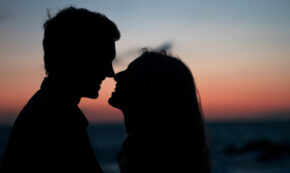 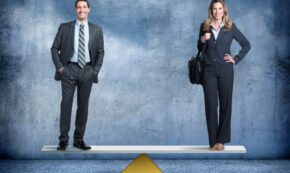 FacebookTweetPinEmailShares8
wpDiscuz
6
0
Would love your thoughts, please comment.x
()
x
| Reply
Share this ArticleLike this article? Email it to a friend!
Email sent!