Get Daily Email
Join/Login CLOSE
Home / Parenting / I’m a Man Who Has Chosen to NOT be a Father. This is Why. 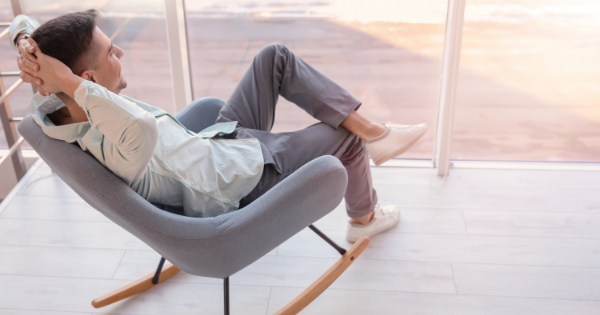 I’m just shy of 60; look like I’m 50, and most days feel like I’m 40. I’ve never been married and although that’s never been a prerequisite for having children, I refrained from that experience too.

As you can imagine, over the years I’ve certainly been asked by family, friends, colleagues and those I’ve met along the way as to ‘why’ I’ve never been married or had kids.

My answer, when inevitable inquiries emerged, has remained remarkably consistent since my 30’s. I’ve simply chosen not to marry or have children. No stories, no excuses and certainly no regrets. Or at least so I had thought.

Truth be told, I’ve lived vicariously (as a pseudo-parent) through my sister (5 years younger) and brother in law. I am the proud Uncle of two amazing nephews and one stunning niece.

My first Uncle duties took place in Kansas City on January 17, 1994. I was living in Los Angeles and had traveled to KC for my first nephew Jeff’s Bris (Jewish baby naming). I had the honor of holding him during the ritual ceremony and just moments before this auspicious occasion, I learned of the Northridge Earthquake that had just occurred a few hours earlier in L.A.

Interestingly enough, Jeff’s ceremony almost a quarter of a century ago was the last major earthquake in Los Angeles was a major turning point for my family as well as for me personally. Having just one sister, this was the first time in my immediate family that a child was brought into the world.

Marriage and fatherhood had been in the cards prior to moving from Dallas to Los Angeles in 1993. I departed Texas and the relationship in much the same manner I had and have “showed up” in romantic relationships both before and after. Brisk to get close and engage with intermittent flashes of hot and cold followed by an even quicker sometimes elusive departure.

More times than not, I’ve left women wondering what they had done wrong even though I’d assure them by the classic line that “it’s me” and not you for my running away, I mean leaving the relationship.

Through the years, my family had always encouraged me to be happy “and” married with children being a bonus. By 1994, when I was 34 years old and having just walked away from my engagement to be married, I believe they realized that my being happy was one thing, but wishing for a marriage and kids was a complete other story that didn’t appear to be happening soon.

There’s an old saying, if you want a better answer, ask a better question. What might my answer be that instead of the common, ‘why haven’t you gotten married and don’t you want kids’ being replaced with ‘what do you enjoy about being single’ in its place?

Up until the beginning of 2018, my answer since 1994 and the almost 25 subsequent years has been almost the same. I’ve enjoyed the freedom that being single without children has provided. Instead of following the traditional path of high school, college, job, marriage, and children, I’ve opted for what appeared to be the simplicity of the lone wolf model. Going it alone and not having to have the responsibilities of a spouse or children that included no changing diapers, no screaming kids at restaurants, no expensive braces, no waiting up late for a teenager to get home, and certainly no expensive college tuition!

So why is this year different from all previous years of dating as the lone wolf? For starters, I’ve been in a relationship since April 2014 and although it’s had its proverbial trials and tribulations, I’ve had a partner that’s been willing to battle my lone wolf and tame it over time.

I moved in with her and her two teenage sons almost 18 months ago and almost 9 months ago in the time to bring a baby into the world, we had a commitment ceremony on the beach in Turks Caicos and exchanged rings.

Quite an about-face for the lone wolf accustomed to having it his way while going it alone. Although one of her sons is now away at college, the battle has often been fraught with challenges. Not on her or her sons mind you, but for me to adapt and release my expectations based upon the way I’ve lived previously. I’ve not made it easy on any of them and I’ve certainly not embraced her and her boys as readily as they have embraced me.

In hindsight, I realize that I’ve come a long way in the past 18 months and when added up with my pattern of the lone wolf that’s been with me since high school, I’d say this is a monumental shift in consciousness and behavior.

It’s certainly not been easy but what’s most prominent is the fact that everything in life is a choice. This year I have eased into a choice of releasing and letting go of the expectations of how I want everything to look in my life.

I’ve chosen my partner and her boys for everything they are, but more importantly for embracing them for everything I believe they aren’t. This is a subtle but powerfully decisive distinction. People often say how they accept someone for who they are. The most challenging aspect is being able to love someone unconditionally for those things they aren’t that you may wish they were.

As my father once remarked during an important conversation, nothing is etched in stone except your tombstone. You always have a choice of charting a new direction. Most feel uncomfortable with change and I’ve certainly had my share of resistance over the years, especially with relationships.

Today, I’m much more comfortable in my relationship with myself first and foremost, but equally important is the manner in which I feel and show up in the relationship with my partner and her sons. Although I’m not a father, I’m slowly learning that being a father figure is a close second in making an impact in a young persons life.

About Dana Lam and Martin Kupper

We are passionate about helping couples to be the Happiest Couples They Know. We want couples to stay together and it starts with making the romantic relationship a priority. We know from experience this can be challenging with or without children and that’s why we provide great resources that can help couples and families. Contact info www.funfantasyritual.com // [email protected] //

Facebook12TweetPin1EmailShares13
wpDiscuz
Share this ArticleLike this article? Email it to a friend!
Email sent!