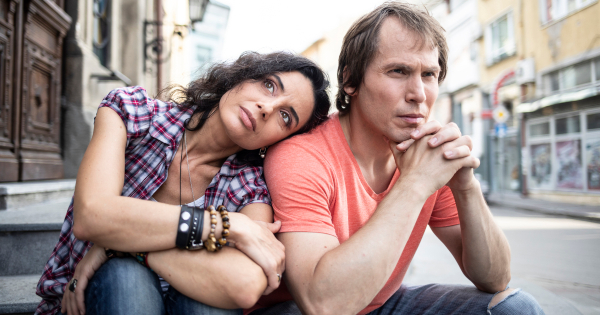 “Why does a woman work ten years to change a man, then complain he’s not the man she married?” – Barbra Streisand

It’s not always a bad thing to change yourself for the woman you love. And by ‘change’, I mean ‘improve’.

When you start getting rid of certain bad habits and focus on being more responsible and understanding to create a lasting relationship with a special someone, it can actually help you become a better person. However, most of the time we tend to change ourselves completely just to impress the girl we like, even though may not want to. And this is what turns you from a high-value man to a low-value person which leads to a toxic relationship and eventually to a breakup.

Understanding yourself and creating your identity is crucial for becoming a high-value individual. Being confident and improving your self-esteem are the core ingredients for a happy romantic relationship.

Having higher levels of self-worth makes you love yourself first and then your partner.

It doesn’t mean that you will neglect her. It simply means that you value yourself too much to tolerate any manipulation or disrespect. The sense of self-respect and self-worth makes a romantic relationship loving and healthy. High-value women want high-value men. Yet some men tend to forget that just to ‘get the girl’. But getting a girl and keeping her are very different challenges.

Men who have low self-esteem tend to perceive themselves with low value. They lack strong core values because they are constantly seeking approval. These are the kind of men who struggle to maintain the status quo. They feel the need to meet everyone else’s metric in order to feel valued. They believe that without acceptance, there is no value.

The inferiority gap is a relationship killer

“It’s a real man who can go out with a woman who’s taller than he is. That’s an alpha male right there.” – Miranda Hart

Being an alpha male is not about your size or strength. It’s about your confidence and mindset. When one lacks the belief that they are high value, it creates an inferiority gap. This sets the values of others on a pedestal and deeming them more important. As a result, these guys are liable to get run over by others.

When one feels like they are low value, they’re likely to base their feelings of success and worthiness on how well they meet the needs of others, instead of their own. Even though the entire idea of it is to gain others’ approval, this needy behavior actually repels others. Not to mention that it invites all sorts of problems into one’s life.

My first relationship after graduating from college was with Kathy(1) who was uncomfortably close with her ex-boyfriend. It bothered me that they texted so much, but I overlooked it because she was stunningly beautiful and very sexual. Her beauty leads me to create a halo effect;(2) I perceived her as more valuable than myself, despite the behavior that I found unattractive.

As a result, she walked all over me. She took vacations with her ex-boyfriend while explaining that it meant nothing when I expressed how much it frustrated me. Regardless, I stuck with an unfulfilled relationship for a good year and a half. After we broke up, I then stayed as “friends with benefits” for another year after that. She got what she wanted, but I didn’t. It created anxiety, self-doubt, and insecurities.

“I’m independent. If a guy is too clingy or needy, I actually get afraid of hurting him – and I can’t deal with that.” – Ashley Greene

Remember Joe, the Investment Banker who seeks external validation? One night in a local coffee shop, he introduced himself to a beautiful brunette named Sami. She had just graduated from college and was buying tickets for a rock concert. Joe is attracted to her, although he intrinsically feels repelled by her taste in music. He has never liked rock and doesn’t recognize any of the band names she mentions.

He gets her number anyway and they go out on a couple of dates. It turns out that she is quite the wild child. She has multiple tattoos and body piercings that are inappropriate by Joe’s standards. But Joe can’t help but be seduced by her beauty. He has never been with a woman this attractive before.

During the next year of their relationship, Joe attends numerous rock ‘n roll concerts, gets a Prince Albert piercing, and a large tattoo covering his back that says I’m a Devil Without A Cause.

Eventually, Joe’s new personality and attitude get him fired from his job. He hates it anyway by now because it prevents him from rocking out and being a “bad boy.”

He loses his mind. He comes close to killing himself. Joe has been on quite the emotional roller coaster the past few years. From transforming his personality to getting a tattoo, to being fired. All of these transformations and many other subtle changes reinforced Joe’s belief that he was missing something in his life.

A few months later, Joe is looking at himself in the mirror. He has absolutely no idea who he is. He lost the one job he loved, and he lost all of his credibility as one of the top investment bankers in his office.

Joe is what most people call a boyfriend chameleon. He’s the guy who changes his lifestyle to match that of his new girlfriend. This is what I call falling into someone else’s values. We do this because we perceive ourselves as low value, and find someone else’s values and lifestyle more compelling than our own.

You don’t need to change to deserve love

“You yourself, as much as anybody in the entire universe, deserve your love & affection.”- Thanissaro Bhikkhu

Guys with low-self esteem seek people who they consider the higher value and then adapt to that person in hopes of gaining their love and approval. Andre in the TV show The League is a prime example. The motivation for this behavior is not an interest in expanding one’s identity, but rather a fear that one has to perform in order to close the inferiority gap. It’s a belief that one has to change their values and interests to deserve love.

Joe made his bed, and now he is the only one to blame for losing his career. Not only is he jobless, but he also is left with a Prince Albert piercing and a stupid tattoo. Every time he looks in the mirror, he can’t believe how much he did for this woman’s approval. What a Prince!

I’ve been guilty of this as well. The way to get over these value issues is to build one’s self-esteem. Not by focusing on a woman, but rather focusing on expanding one’s identity, exploring new passions, and cultivating meaningful relationships that provide one with a sense of value. I’ve spent two years working on my perceived value, and as a result, I feel strong in who I am. Now, I will stick up for myself when my boundaries, values, and needs are not met.

The irony of Joe’s whole situation is that Sami was attracted to Joe before he changed himself. She found value in his identity and his passions, but once he started to change himself to be more like her, she found him less valuable and began to treat him like crap. Value systems are largely unconscious, but they are always visible through one’s actions.

The goal of life should be to find someone who you find valuable and vice-versa. This type of relationship will reinforce your own perceived value and make you feel significant and happy.

What are some activities that you do for yourself? Do you love writing? Playing sports? Do you make the time in your life for you to do these things, or do you drop things you love to get love? The latter is toxic and delays the inevitable.

Giving attention to her all the time will soon make you look boring. Making her the center of your universe will make her feel you don’t have much going on in your life and she will end up taking you for granted. The more you will try to seek validation from her, the more you will repel her, appear needy and lower your self-esteem.

Women want a man who is set on a mission. A man who wants to achieve something in life yet manages time to show her how much he loves her. Your purpose in life, your confidence and your sense of self-worth makes you attractive to women. Not only she will love and admire you, she will respect you as well.

Strong self-esteem and boundaries create a greater sense of value, and they enable you to get the love you deserve.

If you want to transform conflict into material to build a stronger and more connected relationship then read Kyle Benson’s conflict blueprints here.

A version of this post was previously published on TheMindsJournal and is republished here with permission from the author.

Facebook32TweetPin1EmailShares33
wpDiscuz
0
0
Would love your thoughts, please comment.x
()
x
| Reply
Share this ArticleLike this article? Email it to a friend!
Email sent!