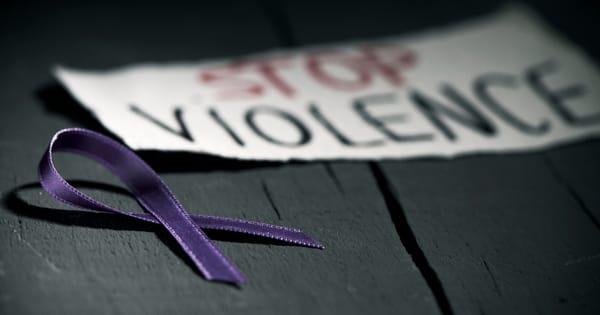 That the U.S. is divided on political issues is old news. Both the Left and Right are deeply entrenched, resulting in distrust, animosity, and political gridlock. One troubling example is the Violence Against Women Act (VAWA) Reauthorization of 2018. Sadly, it isn’t the first time that Republicans have attempted to block VAWA, literally using women’s lives as a bartering tool.

The original VAWA was introduced by Senator Joe Biden in 1990. It took four years before VAWA passed Congress with bipartisan support and was signed by President Bill Clinton. This is in large part due to a provision that allowed victims the private civil rights remedy of suing their attackers. Chief Justice William Rehnquist was a vocal opponent, asserting that the provision would bring so many cases before the courts it would overwhelm them, and the Supreme Court declared that portion of VAWA to be unconstitutional in 2000. Interestingly, the Court said that Congress did not have the right to enforce the civil remedy under the Commerce Clause because domestic violence is not “economic” in nature, despite evidence that it costs taxpayers between $5-10 billion per year in healthcare and law enforcement costs, lost productivity, and more. Yet the other provisions remained, and VAWA has helped hundreds of thousands of victims. It provides funds for training law enforcement, court officials, victim advocates, and healthcare professionals.

VAWA was reauthorized again in 2000 and 2005. The 2000 version improved provisions for immigrant victims, victims of sexual assault, stalking, and dating violence. The 2005 reauthorization extended benefits to under-served populations and prohibited requirements that sexual assault victims take polygraph tests before an investigation into their reports ensues. The 2012 renewal was also contentious, as conservatives opposed extending VAWA’s provisions to same-sex couples. Great debate also surrounded extending the protections of VAWA to Native American women, as this brought up the typical jurisdictional battle that occurs with crime-related topics on tribal lands. Further, conservatives opposed extending VAWA’s provisions to undocumented immigrant victims through the U visa program. After expiring with the adjournment of the 112th Congress, VAWA was again reauthorized with all the contentious provisions included in 2013. For more on this history, see https://fas.org/sgp/crs/misc/R45410.pdf.

The latest reauthorization was originally scheduled to occur by September 30 but was extended to December 7 and December 21. It was temporarily reauthorized and then left in limbo during the government shutdown. The bill that reopened the government in late January extended VAWA’s reauthorization until February 15 and caused a delay in payments to VAWA-funded shelters and services—thus jeopardizing the lives of victims.

Out of 173 co-sponsors of the bill proposed by Representative Sheila Jackson Lee (D-Texas), none were Republicans. While no federal legislation is perfect, and VAWA can be legitimately critiqued for focusing too much on criminal justice and less on root causes of abuse, the 2018 reauthorization is still important. Jackson Lee’s bill increases funding for sexual assault centers and expands the law related to removing guns from convicted abusers. She has stepped down from her leadership roles in Congress, including the nonprofit arm of the Congressional Black Caucus, amidst allegations that she fired an aide who planned to sue the nonprofit after she alleged sexual assault. This scandal adds just one more challenge in getting VAWA officially reauthorized.

We should all implore Congress to act on the reauthorization of VAWA. As it becomes clearer that, according to a new study by the United Nations Office on Drugs and Crime, the least safe place for women globally is in the home, it is essential that our politicians take seriously the issues of domestic and sexual violence and not let political division disrupt these much-needed services.

An earlier version of this op-ed was published on PeaceVoice, Bainbridge Island Review, and The Sierra County Prospect.