Child sex trafficking has become big industry across the globe, and in America.

World wide, the International Labor Organization estimates that trafficking is now a $150 billion industry. Roughly $99 million of that is from commercial sex trade according to an ILO report, while the remaining $51 billion is from forced labor. Indeed, it has surpassed the illegal sale of arms and weapons, and is soon expected to eclipse the sale of illegal drugs.

The Department of Homeland Security defines human trafficking as a “modern-day form of slavery involving the illegal trade of people for exploitation or commercial gain.” There are 20.9 million victims worldwide, and 5.5 million of those are children.

In one 2014 study by the Urban Institute in Atlanta Georgia some child traffickers in Atlanta make more than $32,000 a week. Furthermore, the same study also cited research discovering that Atlanta’s illegal sex industry generates around $290 million a year, in that city alone.

In Louisiana, state estimates indicate that about 40 percent of juvenile victims are being trafficked by a relative or caregiver; such as a parent, a mother’s boyfriend, an uncle, a foster parent. In Texas, recent evidence suggests that 79,000 children have been victims of child sex trafficking in the Lone Star State.

Many victims of child sex trafficking are runaways, who quickly end up homeless, and on the streets. These homeless youth are easily targeted by modern day pimps and traffickers. Indeed, sex traffickers and predators are apt to approach a child on the streets within 48 hours of being homeless. According to Dr. Sue Cornbluth, nationally recognized parenting coach, “runaways usually lack a supportive network and can be much more vulnerable to manipulated affection based on prior abuse they may have suffered in the past.”

Children from foster care are also easy targets for sex traffickers. In 2013, 60 percent of children who victims of child sex trafficking rescued from a FBI nationwide raid conducted over 70 cities were children from foster care or group homes. Foster children can be particularly vulnerable to sexual predators. Foster children often experience higher levels of anxiety than other children, and this can manifest itself in a number of ways. Perhaps the one that foster children face the most is separation anxiety, an excessive concern that children struggle with concerning the separation from their home, family, and to those they are attached to the most.

Without a doubt, the more a child is moved, from home to home, from foster placement to another foster placement, or multiple displacements, the bigger the concern becomes. Those children who undergo many multiple displacements often times create walls to separate themselves in an attempt to not let others into their lives. Still, others feel starved for a sense of family and of belonging. To be sure, this type of anxiety and insecurity can make them vulnerable to sexual predators, as children in foster care search for love. For those foster children who have been abused in some way in the past, they may be more likely to show inappropriate sexual behavior or seek out love in appropriate places.

The numbers are startling. The facts are hard to believe. Yet, child sex trafficking is big business, both in the United States, and on a global level. Children are in danger; children who may even live near you.

I believe one-day sex trafficking will be a thing of the past, but the government needs to do more. Laws need to be put in place to prevent such things from happening. 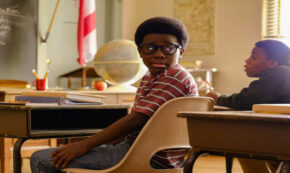 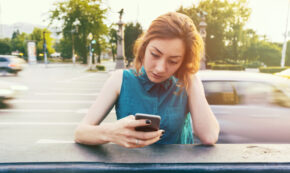 FacebookTweetPinEmailShares432
We use cookies on our website to give you the most relevant experience by remembering your preferences and repeat visits. By clicking “Accept”, you consent to the use of ALL the cookies.
Do not sell my personal information.
Cookie SettingsAccept
Manage consent