The shooting of Charles Kinsey on July 18, 2016 passed quickly in and out of the news cycle: one more unarmed black man taking a bullet from the cops. This time, the man survived, making the drama of the story less headline-worthy in a season where so many major events came with a body count.

Yet the story contained another wrinkle, an unexpected extra protagonist. Kinsey, who works as a behavioral therapist, was trying to help an autistic and intellectually disabled young man out of the street when the police shot him in the leg. The young man, Arnaldo Eliud Rios, was sitting in the middle of the road, holding a toy fire truck. For unknown reasons, he had left the MacTown Panther Group Homes, where he is a resident and where Kinsey works. A passing motorist mistook Rios’ toy for a gun that she thought he was holding to his own head. She called the police and stated that Rios seemed like a “mentally ill person.” Cell phone video of the moments before Kinsey was shot raises a host of questions about why the officer, Jonathan Aledda, felt the need to fire his weapon. Kinsey, on his back with his hands in the air, is shown desperately trying to convince Rios to lie on the ground while also pleading for the officers not to shoot.

The pairing of Kinsey and Rios, a black therapist and his autistic companion, has made the shooting not just part of our tense dialogue on race and policing, but also worthy of what is called “intersectional” analysis. Kinsey’s identity as a black man in a racist society becomes intertwined with Rios’ identity as a disabled man in an ableist society.

But just as crucial as the race/disability connection, the Kinsey shooting is a story about care and caregiving. It happened in a public space where the type of relationship Kinsey and Rios have is unfamiliar to most people—not rare, but hidden. And it shows us the costs of making care invisible.

Kinsey has five children, and in addition to his work as a therapist is an active member of The Circle of Brotherhood, a community service organization for black men (their motto, which after Kinsey’s shooting has added satirical value as a commentary on police conduct, is “Serving and Protecting our Community!”). In The Daily Beast, Goldie Taylor rightly calls Kinsey “the kind of activist no one writes about.”  But it would be at least as accurate, if not more so, to point out that Kinsey is not just an activist but also a caregiver. He appears to have a life organized around what the philosopher Nel Noddings has called “concentric circles of caring”—care for his family, for the disabled people in his workplace, for the neighborhood and city where he lives, and ultimately (through all of these underrepresented activities that he carries out in public space) for black men all over America.

There are, of course, black male caregivers of all kinds—fathers, brothers, nurses, therapists, teachers, and so on. Yet so few images of them circulate, beyond the occasional sitcom father, that it is hard not to believe that Kinsey’s role, in combination with his race, was somehow illegible to the officer who shot him: that a white person in the same circumstances, on the ground with her hands up, would be safer not only for being white but also for being more quickly recognized as a care provider (and this despite the fact that our caregiving occupations, such as elder care, are disproportionately carried out by immigrants and people of color).

Of course, caring relationships are about both caregivers and the “cared-for.” The legacy of invisibility and exclusion, for people like Rios, is even more painful—and more complex in how it persists—than that of caregivers. In a statement a few days after the shooting, John Rivera of the Miami-Dade County Police Benevolent Association said, “the officer discharged, trying to strike and stop the white male, and unfortunately, he missed.” The word “unfortunately” in that phrase is doing complex and ambiguous work. An expression of sympathy for Kinsey, it also imagines the bullet entering its intended target, a young disabled man who was not only not endangering Kinsey but most likely did not comprehend the danger he himself faced. Would this outcome have been more “fortunate”? In terms of the way the story would be covered, perhaps it would have been easier for North Miami police had Rios taken the bullet. The conversation about race and police violence is one we are finally beginning to have in earnest, while violence against disabled people—including by poorly prepared police officers—is both common and mostly ignored.

The fact that Rios lived in a group home (which he has since left), with at least one therapist who clearly cared very deeply about him, is the product of decades of struggle against the abandonment of many intellectually disabled, autistic, and mentally ill people in psychiatric institutions where misery, abuse, and hopelessness have been more the rule than the exception.  Slowly, through the activism of disabled people, their families and allies, institutionalization has given way to increased access to public schooling and, for people who need high levels of assistance, a patchwork of different (often very costly) types of group homes and semi-independent living arrangements. Rios himself has been moved, after a month-long stay at a psychiatric hospital, to an institution implicated in multiple abuse scandals, prompting outrage from disability advocates concerned for his welfare.

A recent episode of the NPR podcast Invisibilia presents a radically different model in the town of Geel, Belgium, where for centuries people with mental illnesses and neurological differences have been welcomed, included, and visible—taking residence not in group homes but in the homes of the town’s families, where they are called simply “boarders.”

Geel has a special history that led it to develop this unique example of what activist Ai-jen Poo calls “care infrastructure.” Poo, Anne-Marie Slaughter, and others have rightly suggested that we not only should but must build a better care infrastructure in our own society, with its rapidly aging population and changing gender roles.

This may be a crucial step, but it’s not the only one. We also need to stop allowing care to be hidden in plain sight. There was a little girl in my son’s second-grade class with obvious neurological differences. A special educator was assigned to her so that she could both be “included” in the classroom and not disrupt other students’ learning. The students were never asked to find out about her needs, help support her—or learn to articulate their own forms of need and interdependence. My son remembers the intense look of joy on this classmate’s face as she would ride the swings every recess; but in his story it is the special educator assigned to her, and never other kids, who had the privilege of pushing the swing. It wasn’t just this girl’s needs, but also her happiness, that were kept apart.

The only person responsible for pulling the trigger on that day in North Miami (whether he was intending to shoot Kinsey or Rios) is Officer Aledda. But we all live in, and co-create, a society where disability, and the relationships of care that it fosters, are hidden from view–and thus where confusion and violence, rather than familiarity and assistance, are the reaction to finding Rios sitting in the middle of the road, with Kinsey trying to coax him to safety. Kinsey is the kind of activist no one writes about; and also the kind of caregiver no one writes about because we so rarely write heroic stories of care.

We need a better infrastructure of care, but we also need to make care visible, participatory, and integral to citizenship. We might start with a care curriculum in our classrooms. When my kids see a person like Kinsey, I want them not only to recognize him as a caregiver, but also aspire to be more like him. We admire the feats performed by the Olympic athletes who took to tracks and pools in Rio just a few weeks after the Kinsey shooting. They all have people, behind the scenes, caring for them. Now imagine Charles Kinsey with a medal around his neck, rather than metal in his leg.

Adam Rosenblatt teaches Peace, Justice, and Human Rights at Haverford College. He is the author of Digging for the Disappeared: Forensic Science after Atrocity (Stanford University Press, 2015). His next book is about neurodiversity. You can follow him on Twitter @humanrightsprof. 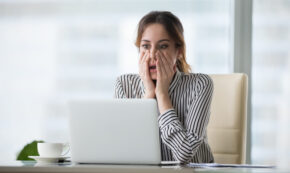 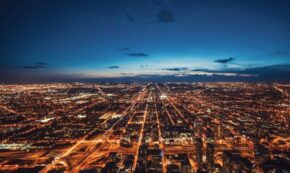 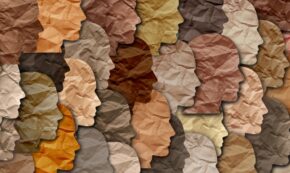 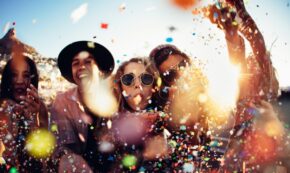 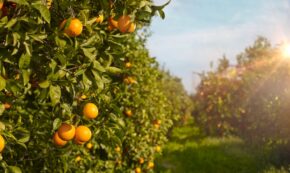 FacebookTweetPinEmailShares120
We use cookies on our website to give you the most relevant experience by remembering your preferences and repeat visits. By clicking “Accept”, you consent to the use of ALL the cookies.
Do not sell my personal information.
Cookie SettingsAccept
Manage consent