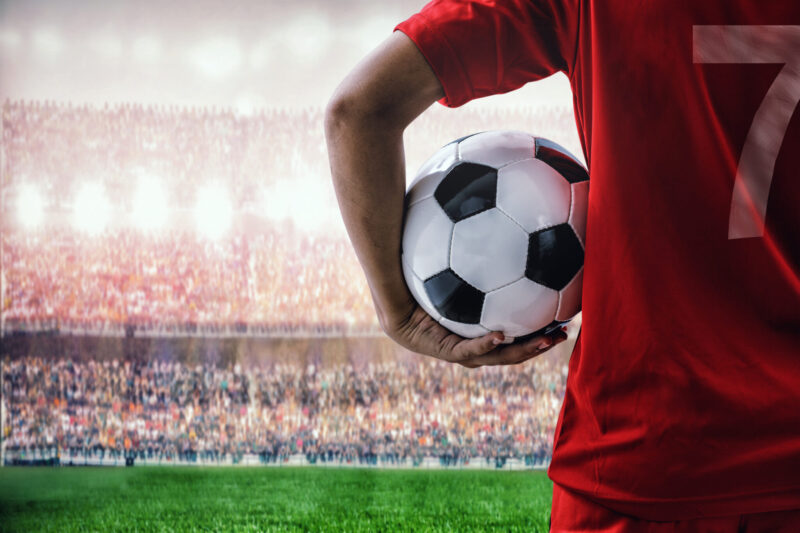 The United States has historically been a closed shop where team sports are concerned, with the NFL, NHL, NBA, and MLB dominating the scene.

Although Major League Soccer (MLS) has made giant strides over the past couple of decades, individual sports tend to be the most popular after the major leagues.

Golf, tennis, and motor racing are amongst the other sports that attract attention in the US, and there are some notable examples of team sports that are overlooked.

The likes of cricket and rugby have millions of fans worldwide, but they are largely ignored by the vast majority of American sports fans.

Despite the seemingly insular nature of the US sporting landscape, several overseas teams have built up huge followings across the country. Read on as we take a closer look.

Manchester United has garnered a massive global fanbase over the past few decades and they boast a huge following in the US.

Many US fans now bookmark soccer news sites such as Man Utd News to help them stay up to date with all the latest developments from Old Trafford.

Numerous factors have contributed to United’s popularity in the US and can be traced back to the formation of the English Premier League (EPL) in 1992.

The competition was aggressively marketed overseas from the outset, with league bosses eager to take advantage of the growth of cable and satellite television platforms.

ESPN was one of the first broadcasters to air EPL games on tape delay, and live screenings of matches soon followed.

United’s success in 1999 undoubtedly played a major role in the popularity, with the club winning the EPL, FA Cup and Champions League in the same season.

Further silverware followed during the early part of the 21st century, making United even more appealing to fans who love winning teams.

Tours of the US helped the club build a connection with those supporters, making them feel as if they were truly part of United’s fanbase.

The allure of the Red Devils was perfectly highlighted by the sell-out crowd of 109,318 that witnessed their International Champions Cup game against Real Madrid in Michigan in 2014.

While United’s popularity in the US could be argued to be a relatively new phenomenon, that is undoubtedly not the case where Madrid is concerned.

Los Blancos first crossed the Atlantic Ocean in September 1927 in a bid to promote Spanish soccer to fans in North and South America.

They played several games against clubs from Buenos Aires, Havana, Lima and Mexico City, before heading north to play in New York, Chicago and other cities.

It took more than 30 years before Madrid returned to the US again, but the seeds had been sewn with sports fans across the country.

A tour in 1961 cemented Madrid’s popular status in the US, with Alfredo Di Stefano’s hat-trick the highlight of a 9-0 victory over Los Angeles United.

The game is famous for being screen in color by American television and Hollywood star Rita Hayworth taking the honorary kick-off at the LA Coliseum Stadium.

The La Liga giants embarked on several more tours before the turn of the century, but things really took off during the early 2000s.

Players such as Ronaldo, David Beckham, Zinedine Zidane helped to establish Madrid’s reputation in the US, and things have continued apace since then.

The signings of major world stars such as Kaka and Cristiano Ronaldo cemented their status in the US, and their popularity shows no signs of diminishing today.

Liverpool was initially a bit slow on the uptake where the US is concerned, with many of their previous efforts to grow a global fanbase focused on Asian markets.

The club was left trailing by the likes of United and Madrid, but they have been working hard in recent years to address the situation.

The arrival of Fenway Sports Group (FSG) as owners in 2010 changed the commercial mindset at Liverpool and has helped to power rapid growth in the US.

The hiring of Kate Pratt as its head of sales for the Americas two years ago accelerated the process, and the Reds are now firmly established as a sporting brand there.

Liverpool’s team was mobbed by US sports fans on the 2019 summer tour, highlighting how quickly their fortunes had turned around.

The announcement earlier this year that NBA legend LeBron James had become a minor partner in FSG further strengthened Liverpool’s foothold in the US.

The Los Angeles Lakers star has been a part-owner of Liverpool since 2011 and his massive popularity with US sports fans is extremely beneficial to the club.

While Liverpool still trails behind their European counterparts, their rapid growth in the US perfectly demonstrates their pulling power.

Barcelona is also a relatively new player in the US, with the club traditionally focusing on being part of the Catalan community.

However, their opening of an office in New York in 2016 marked a new direction for the La Liga giants, giving them the platform to concentrate on business development.

Impressive results on the pitch coupled with the presence of superstar Lionel Messi quickly helped Barca crack the lucrative US market.

The club has embedded itself into soccer in the US, Canada, and Latin America, established a network of academies designed to nurture the best future talent.

Barcelona’s Foundation also introduced its FutbolNet program to New York City in 2018 to fight bullying and social exclusion in schools.

This has helped to forge relationships with young sports fans who might otherwise feel disenchanted with the world around them.

Barca organizes viewing parties for important games including El Clasico or the Champions League, further strengthening their connection with supporters.

The club also has ambitious plans to create a National Women’s Soccer League (NWSL) team based in California, thus opening up its brand to a different demographic.

Having a team representing the club in the US would be a massive step for Barca and could eventually see them challenge United and Madrid’s supremacy there.

This content is brought to you by Michael Black.