Get Daily Email
Join/Login CLOSE
Home / A&E / Aftershock 2019: In the Blink of an Eye

Closing out the Monster Energy stage on the second night of the enthralling Aftershock Festival, Grammy Award-Winning group Blink-182 provided the audience of roughly 8,000 an awe-inspiring performance. With no shortage of hits, the trio consisting of vocalists/guitarists Matt Skiba and Mark Hoppus, along with tattoo-studded drummer Travis Barker gave the crowd a night to remember. Playing timeless classics such as “Feeling This”, “What’s My Age Again”, and the unforgettable “All The Small Things”, the band gave reassurance of their incredible unified talent, after a long, yet impactful career. Amidst the array of smoke and confetti cannons, ground shaking bass, and insane pyrotechnics, the captivating performance invoked an overwhelming sense of adolescent pride, triggering memories near and far. It reminded me vividly of my own experiences transforming into a young adult from a child, and how the music they made was relative to personal experience

Undoubtedly considered as pioneers of pop-punk, the infamous group has played a significant role in a growing community of mainstream punk-music enthusiasts, along with influencing musical groups such as Good Charlotte, Fallout Boy, and Panic! at the Disco. 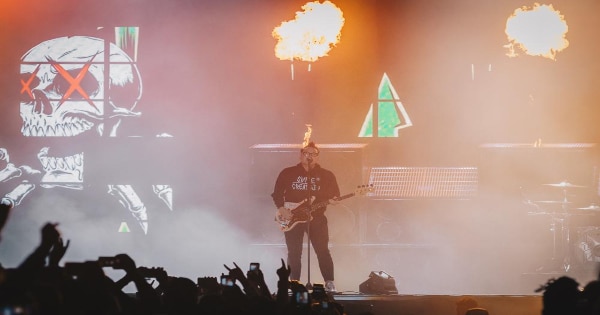 Without question, the actions and attitudes of the suburban L.A. and San-Diego natives fueled the angst within many rebellious teenagers, myself included. The care-free, often negligent content produced by the group served as noise to some, but more importantly an inspiration to others. Their eccentric personality and sense of unity on stage provided fans with a feeling of inclusion. 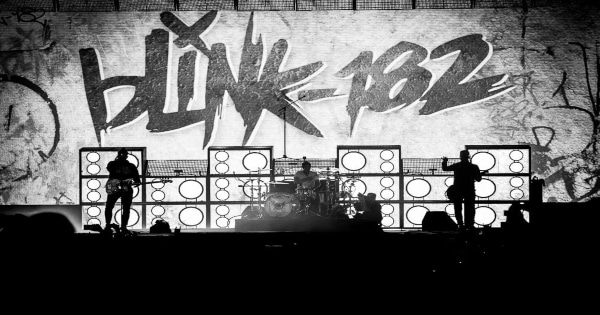 As a natural reaction to the constantly-changing environment around me growing up, it was common to feel confused, scared, and even angry at times. Feeling like I had nothing to represent these characteristics, there was seemingly no connection between myself and the big world ahead of me. Enter Blink-182. The pulsating chord progressions from original member Mark Hoppus, the intense drum playing of Barker, along with simple yet catchy vocals of Tom Delonge gave an immediate sense of belonging to those listening. Creating songs about teen love, the pressures of growing up, and life in general made it easy for someone like me, and millions of others, to become an instant fan. 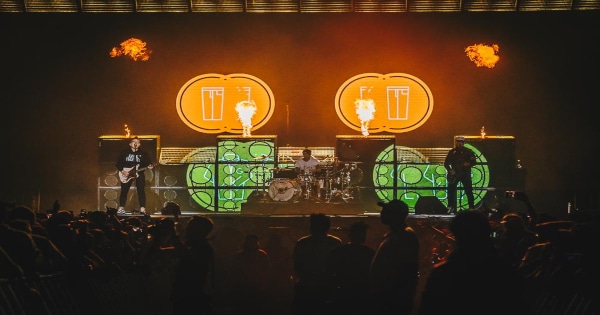 In becoming intrigued with the band’s music, it goes without saying that there was a major impact on the way I viewed myself and the world around me. As a basic necessity to shaping one’s self identity, we often tend to listen, or follow things that align with our own beliefs. For many fans around the world, Blink-182 filled this void. The highs and lows of their 27-year career and issues within their personal lives are accurately depictive of my own. Initially giving off the rebellious, punk attitude and then undergoing a stage of maturation, I can very much say I did the same. The results were only positive; a more refined, developed sound for the band, and a new sense of optimism towards my outlook on life.

The influence of Blink-182 has instilled within me a sense of purpose through the various stages of my endeavors, as I have learned more about myself. Not to mention, what better venue to be playing for other than Discovery Park, in the rapidly growing, ever-changing city of Sacramento.

Maxx Schnurr is a young college student, pop-culture enthusiast and a creative writer. He spreads his message and opinion by reporting the world as he sees it, and feels it.

FacebookTweet1Pin2EmailShares3
wpDiscuz
Share this ArticleLike this article? Email it to a friend!
Email sent!