Mark Ellis recalls a time when music was both bluesy and psychedelic, and a cub reporter could get into backstage rooms of rock & roll legends.

I wish I’d had the idea that inspired Cameron Crowe’s screenplay about a high school music columnist, Almost Famous. That’s the life I led in 1968, a time when writing about music was as exciting as it had ever been, or would be.

In those days a student press card was considered a credential, and it was not rare to open my mail at the journalism pod to find free tickets to mind-boggling shows featuring legends like the Who, Jimi Hendrix, and the Doors.

Life was sweet at Napa High School in Napa, California. While my classmates scrambled to buy tickets or negotiate with Draconian parents who balked at letting them journey to far-flung cities for a concert, I was huddled with Injuneer (political correctness was still years away) advisor Mr. Hastings and locating a suitable “chick photographer” to bring along for the night.

One Monday, my inbox (a metal tray) contained two tickets to see Canned Heat. The blues rockers had muscled their way onto the psychedelic scene like a band of bikers with side packs full of peyote mushrooms. As authentic-sounding as Dixie dirt, the five-piece group was wreaking fuzz-tone havoc on stages across the nation with throbbing boogies like their mega-hit, “On the Road Again.”

Tickets to the show were complementary, but two tickets for a Greyhound bus to Santa Rosa came out of my own pocket. A girl named Kathy got the photography assignment.

The show was sold out, and as we waited near the exhibition hall’s dimly lit backstage door it became clear that access to the band was not going to be a breeze. Several 20-something Kurt Loder types were pestering the burly doorman and being waved back. As Quicksilver Messenger Service finished their set of trippy San Francisco psychedelia, the show clock began ticking down to Heat-time over the stony murmur of an impatient crowd.

Some of the older rock journalists were suddenly gaining admittance to the band’s dressing room. They’d go in one or two at a time, spend brief minutes behind that hallowed door, then come out looking pleased with themselves. I approached the backstage sentinel with a wide-eyed Kathy at my shoulder, and begged.

“Please, we’re huge fans, just for a minute.” The door guard looked me up and down, looked Kathy up, down, and over. I flashed my Injuneer press card. “Wait,” he said, and disappeared behind the door.

When next that magic door opened we were escorted into a backstage room. The band members were there, waiting to go onstage. Just as we walked in, lead vocalist Bob Hite was hoisting a beer and laughing his ass off. Guitarist Henry Vestine looked at us as if we were interlopers from another world. Alan Wilson sat quietly against a back wall, at peace with the growing anticipation around him.

I would have made Jann Wenner proud, saying as Kathy clicked away, rapid fire, “This is a huge thrill for us, we absolutely love you guys.”

Kathy snapped just as Hite pounded on the table with his fist. Vestine couldn’t take his eyes off my photographer. Wilson never blinked. After about 10 minutes of Rolling Stone-quality schmoozing, the backstage security guy gave us a thumb towards the door and we didn’t need to be told twice. Showtime had arrived. Moments later the band was moving past in the dark hall.

For over two hours Wilson’s rhythms guttered under Vestine’s buzz-saw riffing. Hite’s bluesy growl testified to the poles of amphetamine hell and skinny-dipping, red-neck hippie heaven. It was a killer show. After two encores Hite shouted, “Don’t forget to boogie,” and they were gone.

The next day, my column, and one of Kathy’s photos, appeared in the school paper as expected, but the piece and photo were also picked up by our town daily, the Napa Register. My position as cub reporter to the stars was secure, and old Mr. Hastings was very proud. One day he told me the kids were lining up as the paper bundles were being dropped off on campus to read my column. It was moments like that which inspired my lifelong interest in journalism and writing.

Over the next two decades the three blues-rock superstars in Kathy’s photo, Wilson, Hite, and Vestine would die untimely deaths. Wilson passed in 1970 under mysterious circumstances. Hite died of a post-show heart attack in 1981, and Henry Vestine joined his band mates at the end of a tour in 1987.

The passing of beloved young rock stars had become as much a part of the music as the music by the end of the 80s. I had seen them all, Brian Jones, Jimi Hendrix, Keith Moon, Janis Joplin, Jim Morrison. The list was much longer by the time Kurt Cobain died in 1996, but pausing over such tragedies, processing them, mourning them, didn’t take as long as it had in 1968. As a culture we had integrated such losses into our understanding of the rock and roll lifestyle.

That night in Santa Rosa there were three very warm, probably pretty inebriated, and very talented bodies in the band room. They were cool in a way that only the biggest stars are. Sure, the Kurt Loders and Cameron Crowes got backstage. But so did two Brownie Automatic-equipped suburban brats from the school paper.

Portland journalist and writer Mark Ellis is the author of  Ladder Memory: Stories from the Painting Trade

Not at all, Rebecca, and thanks

Thanks for this fun blog post. Both as a huge Canned Heat fan and as a writer, I love the way you’ve documented your perspective of this event. I’ll be looking for more of your writing. And I hope you won’t mind if I share your blog post with the Alan Wilson fan community; I know there are a lot of aficionados who will find this post a juicy treat.

This one sure brought back memories.

Thanks, everyone, for comments and thoughts. RK, thanks for your clarification. Ann Marie, that Grand Funk guy was Mark Farner, and he’s still around. Tim, Quicksilver is a whole different article, and yeah they were great too.

Today the Napa Register linked to this story, which makes the second time that paper has picked up a Canned Heat story of mine, with 40+ years in between. Think I’ll go have some green beer.

Very Nice article except for one factual mistake. Peyote is not a mushroom, it is a bud from the Peyote Cactus.

You go, Guy! That Mark Ellis gets around…such grand memories.
Thanx for sharing, Mark. Those were such good times. We lucky ones survived, eh? LOL!

Great article, again… What a night for two young high school kids. Your photographer Kathy, probably still relishes the memories too.
Thanks Mark, loved it.

Though I was more naive in the 60’s, I quickly caught up in the 70’s going to Grand Funk Railroad and even a Jimi Hendricks concert. I remember good music, lots of ‘good’ smells and no violence like I hear about these days. I was in love with that lead from GFR. What was his name again????

Another great article, Mark! I really enjoyed this little trip down memory lane!

Only a line mention for Quicksilver ? The opening act was world class.
Heavy jazz influence, Quicksilver
Heavy blues influence, Canned Heat
Like seeing the Stones and the Beatles at the same show.

No wonder you were smitten, with early experiences like that. Enjoyed the story.

Very insightful, Mark!
As always, your writing is articulate and enjoyable to read. 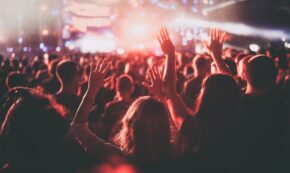 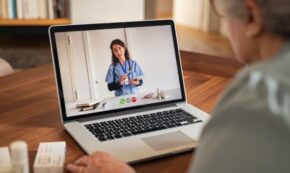 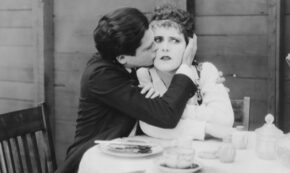 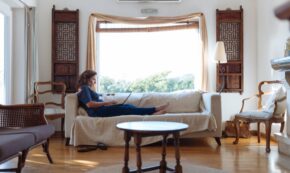 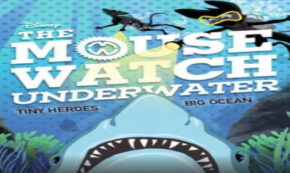 FacebookTweetPinEmail
wpDiscuz
14
0
Would love your thoughts, please comment.x
()
x
| Reply
Share this ArticleLike this article? Email it to a friend!
Email sent!