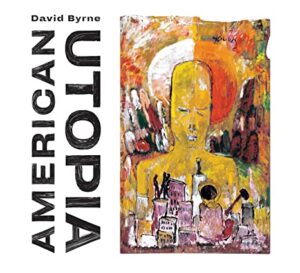 David Byrne’s “American Utopia” was the best show I saw in 2019. I urged friends to see it: “Pay any price.” They did. And they thanked me.

If you missed the show and the reviews — The Times: “This jubilant production transforms an icon of alienation into a cosmically cozy senior statesman” — and the raves of your friends, you may wonder: David Byrne? He’s brilliant. But is this unclassifiable renegade a showman big enough for Broadway? This show is as much choreography as music — can he dance??

Reasonable questions. David Byrne has been in our lives for so long we tend to think of his music as background, the songs you hear in restaurants to put you in a good mood. And there are many of those. Talking Heads released 8 albums from 1975 to 1991. Four of those albums appear in Rolling Stone’s list of the 500 Greatest Albums of All Time. The band has three songs — “Psycho Killer,” “Life During Wartime,” and “Once in a Lifetime” —- on the Rock and Roll Hall of Fame’s 500 Songs That Shaped Rock and Roll. “Stop Making Sense” is considered one of the five best rock concert films. [To buy the CD of “The Best Of Talking Heads” from Amazon, click here. For the MP3 download, click here. Byrne has also collaborated with artist Maira Kalman on a book: his lyrics and her watercolors. To buy the hardcover, click here. For the Kindle edition, click here.]

Like most of you, I was sufficiently jaded by Byrne’s catalogue to ignore “American Utopia,” the album he released in 2018. Others were more attentive. It was his first to reach the Top Five on the Billboard 200. [To buy the CD of “American Utopia,” click here. For the MP3 download, click here.] And it spawned this show.

“American Utopia” wasn’t a concert. It was — I’m searching for a word here — an event. With 11 musicians, who appeared, like Byrne, barefoot and in grey suits. Six of them played percussion. None were tethered by wires. All danced.

Well, not dancing as you may think of it. This is David Byrne, after all, whose music veers from punk to pop to reggae, soul to disco. Remember what New Yorker critic Pauline Kael wrote about “Stop Making Sense?” “Jerky, long-necked, mechanical-man movements. He’s always in motion — jiggling, aerobic walking, jumping, dancing.” Now imagine a dozen people doing that, precisely choreographed. It looks like this:

What’s it about? It begins with Byrne alone, at a table… well, let him tell it:

In its simplest terms, you’ve got a person who’s very much inside himself. The show starts off with me holding a brain, and then it moves to a person who gets involved with a larger community, and that’s the band. There are 11 of them plus me, so there are a dozen of us, and we all function like a wonderful, ecstatic machine. There’s a joy in that. This person is coming out of himself a little bit. This person and the whole community move on from that to engaging with a wider world, to engaging with social justice and issues and civic engagement and all those kinds of things. It’s not narrative in a conventional sense; it’s more a narrative of ideas and emotions.

Yes, there are the songs you know and love: “Everybody’s Coming to My House,” “Once in a Lifetime,” “Burning Down the House,” and more. But they sound different when there’s a drum line and a band that also dances exuberantly.

And then — surprise — Byrne occasionally stopped the show to talk about life and politics. And he wasn’t tongue-in-cheek in the least.

The most remarkable of those speak-outs was something never seen in a Broadway theater. It’s “Hell You Talmbout,” a rhythmic chant Janelle Monae wrote in 2015 and performed at the Women’s March in Washington. (“Talmbout” is slang for “talking about.”) The subject is African Americans killed by police. Because these murders continue, it was sadly, regularly updated in the show. The refrain: “Say his (or her) name.”

Why do it? Byrne: “Here is a protest song that doesn’t hector or preach at us. It simply asks us to remember and acknowledge these lives that have been lost, lives that were taken from us through injustice, though the song leaves that for the listener to put together. I love a drum line, so that aspect of the song sucked me in immediately as well. The song musically is a celebration and lyrically a eulogy.”

Where does “utopia” come in? Byrne: “I’m certainly not describing any utopia. Some of the verses, especially, are kind of dystopian, or not exactly cheerful. But they’re countered by the choruses, which seem to give a sense of hope. The show says that something is possible in this world, and this country, that maybe you didn’t think was possible.”

“Show, don’t tell” is a law of storytelling. And that, in the end, is what this show does: It gives you an experience. Unlike, say, the preachy speeches in the Broadway production of “To Kill a Mockingbird” that told us — in the South! in 1934! — that “this is where justice can begin,” Byrne didn’t urge you to join with your brothers and sisters to create communities that make our lives and our politics more meaningful. He did something much better: he created a community right in the theater.

“Everybody’s Coming to My House,” on Colbert 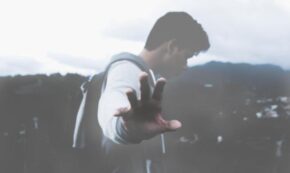 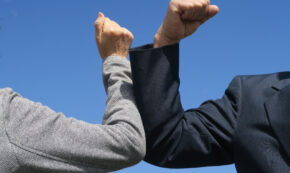 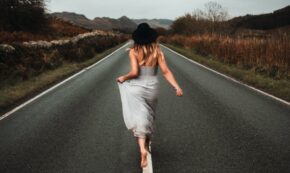 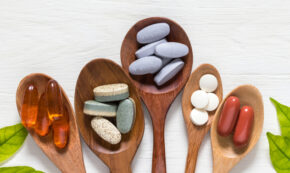