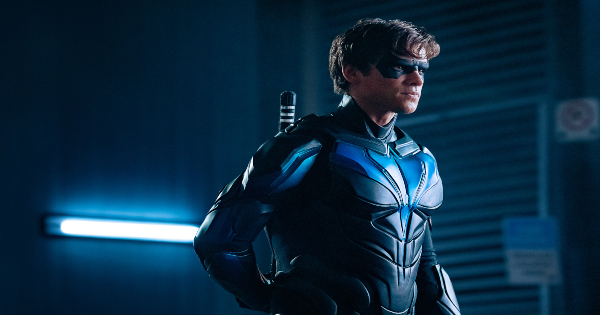 Dick Grayson has come back to end the fight in ‘Nightwing’

Last time on Titans, we saw that Hank had hit a new low. He was fighting in cage matches for money, and hitting drugs harder than ever. Donna and Dawn got a hold of a Cadmus operative to try and learn more about what happened to Gar and Conner, but sadly didn’t find out much. Rose decided to tell Jason the truth about her past, and he didn’t take it that well. As this episode came to a close Dick met up with an old friend to help prepare him for an upcoming battle. Now Dick comes back with a new persona in ‘Nightwing’. I was able to watch a screener of this episode and here is what I thought of it. 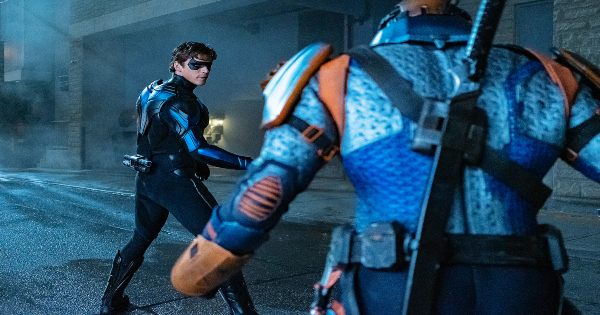 You can read the premise for ‘Nightwing’ here:

The Titans reassemble under Dick, who has now fully taken on the mantle of Nightwing, to fight Deathstroke and attempt to save Jericho.  But that’s not the only struggle they face – as the team finds themselves up against mind-altered versions of Gar and Conner, who are now supercharged weapons at the “mercy” of Mercy Graves and her Cadmus final Phase Two plan.  It’s Titans vs. Titans in the epic season two finale that’s filled with surprises. 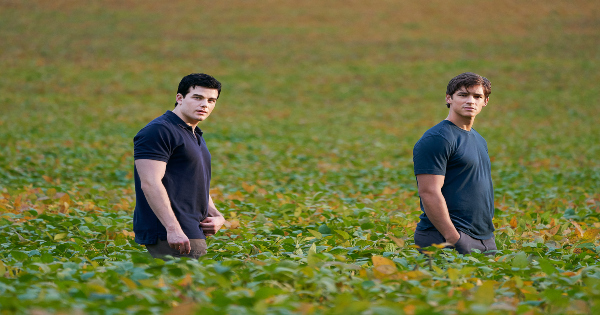 Dick returns with a brand new persona in ‘Nightwing’. With help from the Titans, he hopes to stop a deadly enemy for good this time. Even with his new suit, taking down Deathstroke won’t be easy. A surprise ally shows up and they help bring this battle to a close. Conner is in serious danger, and Dick takes a big chance to save him. Meanwhile Rachel does all she can to help Gar before it is too late. As this episode comes to a close a surprise death occurs, and this team mourns this loss. The team is together again, and we catch a glimpse of who they may be fighting next. 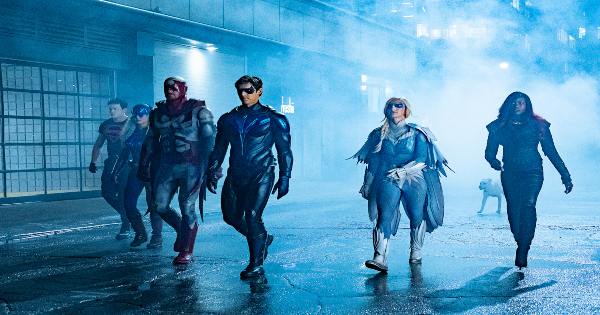