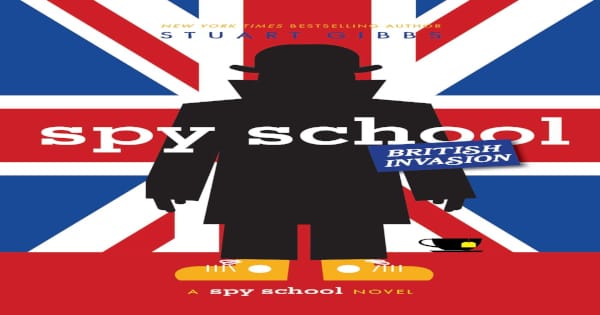 There are a lot of good children’s books out there right now. I have been fortunate to read many different ones lately. Some are short, while others decide to tell a bigger story. When I heard about Spy School: British Invasion I was hoping I would get to read it. I was able to get a digital copy of this book and here is what I thought of it.

You can read the plot for Spy School British Invasion here:

Stranded in Mexico after nearly capturing the leaders of SPYDER, thirteen-year-old Ben Ripley desperately needs to take a shower. But even more so, he and his spy school friends need to come up with a new plan to defeat their enemies, their only clue a key that opens…something.

The Mission: Go rogue from the CIA, join up with the British MI6 to locate the leader of SPYDER, the enigmatic Mr. E, and bring down the evil organization once and for all.

Only it won’t be easy. They’ll have to deal with rival evil splinter factions, devious double-crosses and learning to drive on the opposite side of the road. But they have no other choice: this is their last and final chance to crack the code on SPYDER.

I had a great time reading Spy School: British Invasion. The characters were good, and the villains were truly diabolical. This group of young spies found themselves on another mission, and it quickly became their toughest one yet. Taking down this evil organization was going to be challenging, especially when something happens that makes them look like the bad guys. It was a tale full of action, mystery, suspense, comedy and some cool surprises towards the end. If you are a fan of spy stories then this is a book you might want to check out.

Spy School: British Invasion is available now. You can order this book on Amazon, at Barnes and Noble and Indiebound.