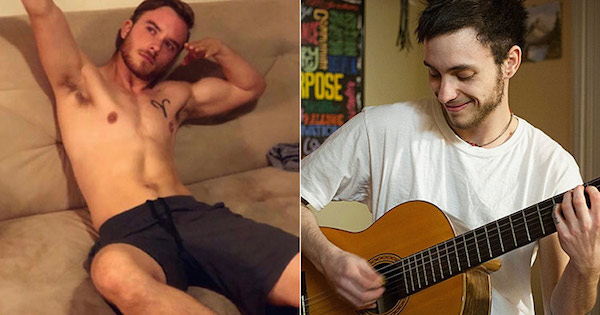 Born Stars is an upcoming web based show about a group of friends and bandmates that form an intergenerational queer family. They may be woke AF, but they all definitely wish they could get more sleep.

The show features bandmates Cole Hayes, Xander Idris, Ethan Remillard, and Rowan Seitz. Born Stars seeks to see if the recurring phenomenal popularity of a boy band can transition (pun intended) and still capture the kind of pop-culture zeitgeist they have had throughout history.

The concept behind the show started as a conversation between myself, Hayes and Remillard in Seattle in 2017. We discussed how rare cis and gay male relationships are to the point that they are nearly invisible and it occurred to me that this is something no one has seen normalized in popular culture.

All of us firmly believe that one of the main contributing factors to the animosity and vitriol in the national conversation around LGB—particularly Trans—rights and issues is semiotic one. It’s Babel—often times we’re saying the same thing and too quick to condemn and judge—we’re speaking different languages and part of the mission of this show is to present a united front via our unique friendships.

We were sure if executed properly this story would resonate with viewers because once you fall in love with the guys you won’t be able to tear yourself away from them no matter how foreign the issues may be to you.

It’s just boys being boys with a twist.

No act of Congress has ever advanced human rights in the United States or had the impact of a pop culture phenomenon featuring stars of that community.

The topics addressed on the show will range from sex and dating to hormone replacement therapy (HRT) to daddy issues, and the fact that dating between cis and trans guys is still fraught with stigma and misinformation.

“There’s no handbook for trans teens — we should come with a ‘some assembly required sticker.’ Hopefully, with this platform we can help connect the dots for health—sexual and otherwise for other trans kids because we’ve done it,” says Hayes. 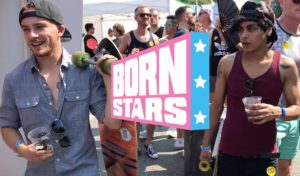 Remillard adds, “We’re donating proceeds to trans youth organizations in need. Through this we can continue to spread not only trans awareness but actually take care of the trans kids in troubled situations—of which unfortunately— there are many.”

Producer and Imagineer Timmy Rheault of RHETROACTIVE says, “I think this is the kind of show the world needs right now.”

Born Stars has a crowdsourcing campaign on Seed & Spark — a platform for filmmakers that seeks to increase representation of people of color, women, and LGBT folks in film.

You can check it out here.

In the coming weeks I will be doing a series of stories about the journey from concept to fruition.

Photos Courtesy of the author. Cover photo (from left to right): Ethan Remillard and Cole Hayes.

Facebook136Tweet1PinEmailShares137
wpDiscuz
Share this ArticleLike this article? Email it to a friend!
Email sent!