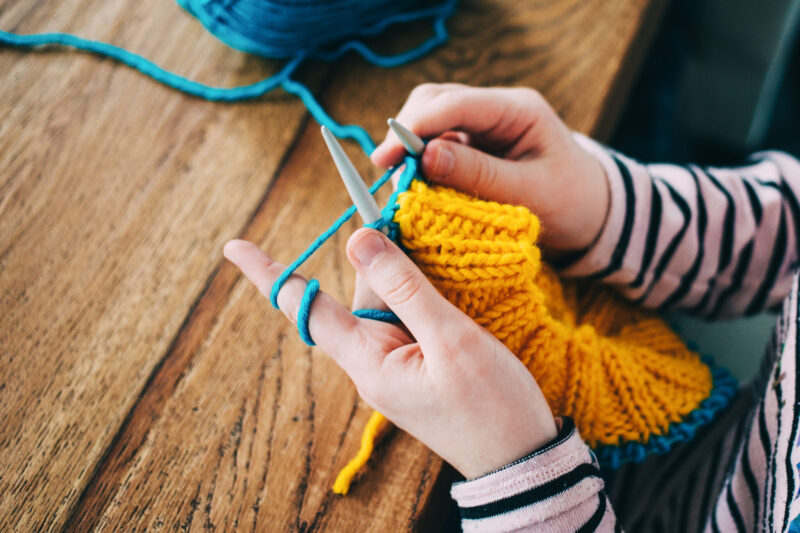 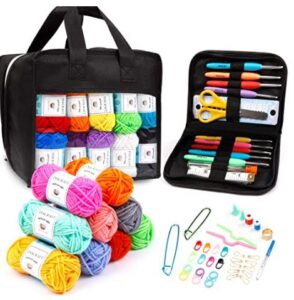 When I met Turner Houston, we were colleagues at AOL, where she designed, built and ran the internal communications site; later she did that for AOL Time Warner, which was like herding cats. After she left, she was communications director for the American Council of Renewable Energy and executive producer for Petfinder.com. We’ve kept in touch because Turner was one of the deepest souls I met in my five years at AOL; she thought smart and felt big.

I don’t knit. Turner does. And for a good reason. Like this:

Just after Christmas, my 91-year old mother collapsed and disappeared into the fog of dementia, suddenly unreachable despite her body being still alive, and still here. And I began a long, slow submersion into grief that seemed, at times, to be dragging me down into the darkness where my mother had gone. Because she was alive, it seemed completely wrong to mourn for my missing mother.

So I became busy instead. I stepped in and became the advocate for her care, the organizer of her visitors, the person whom her doctors and nurses called first rather than my father who was arguably more grief-stricken than me… I wanted tools to help me understand and manage my grief. It was only after about a month of the frantic busyness and restless nights, interspersed with hours of sitting with her at the hospital and then in a nursing facility, that I began to realize that the “tools” I needed were already in my hands: knitting needles and yarn.

While knitting beside my mother, I felt, rather than thought about her. I felt deep love for her, not the fearful concern or anguished failure I had felt while advocating for, or trying to regulate her medical condition. Somehow, this “mindless” knitting became mindful, and helped me reach a peaceful place that allowed me to recognize the abiding connection we shared as mother and daughter, a love that existed beyond intelligible conversations or the state of her body. [To read her piece, “Losing Mom: Knitting Through Grief,” click here.]

Who doesn’t want that much love? It took me about 5 seconds to ask Turner to create a guide to knitting, geared to beginners but also useful to veterans. Here you go….

The choices and quantities and sizes and content of everything in the knitting world are totally overwhelming when you are a pre-beginner, so I have chosen a few all-in-one kits, one set of 10 of the most commonly-needed needles, and a few yarn selections. I let newbies master the ballet of the stitches first, let them be seduced by the magic of their own creation. And I leave the complexities of pattern reading, selecting the right yarn and needles and the arithmetic till later.

People are very intimidated to make stitches. It takes a lot of slow demonstration and repetition to teach just the knit stitch. And people catch on at their own speed. But everyone who knits her/his first row, then the first rudimentary hat or scarf — every single person is transformed by that achievement. Some day I would love to make a silent 3-minute movie comprised of close-ups of people’s faces as they hold up their finished knitting. It’s very moving to see their pride and happiness.

THE KIT TO BUY FOR CROCHET (WHICH IS EASIER THAN KNITTING): 40 Acrylic Yarn Skeins with Crochet Hook Kit, 1600 Yards Crochet Yarn with Crochet Accessories Kit Including Ergonomic Hooks, Scissors, Knitting Needles, Stitch Markers. [To buy it from Amazon, click here.]

Warm Chunky Yarn Knit Infinity Scarf Knitting Kit, Large Wood Magic Loop Needles
An all-in-1 kit with yarn, pattern, needles and instructions to knit your own quick infinity scarf. Good for beginners. There are 4 colors to choose from. [To buy it from Amazon, click here.]

Knitter’s Choice Bamboo 14-Inch Knitting Needles Set with Case Organizer
10 pairs of the most commonly used needle sizes (from #4 – #15). 14” long needles will accommodate all your projects, including thick yarns. [To buy it from Amazon, click here.]

Lion Brand Yarn 860-171C Vanna’s Choice Yarn
Great beginner yarn: Lion Brand, Vanna’s Choice, worsted weight acrylic yarns. 22 solid colors to choose from. Machine washable, soft and easy to work with. 170 yds. per skein. Make sure to read your pattern before you order so that you have enough yarn for your project. [To buy it from Amazon, click here.]

Lion Brand Yarn Landscapes Yarn
Explosions of color: If you want to work with colorful, variegated yarn, Lion Brand’s Landscapes Yarn is a great choice. This is a soft, machine-washable acrylic yarn that comes in 32 combinations of colors blending into colors that would make a peacock proud. 147 yards per skein. [To buy it from Amazon, click here.]

Stitch ‘n Bitch: The Knitter’s Handbook
This book will teach you everything you need to know to get your tools together and your projects going. Her breezy (often laugh-out-loud funny) writing style combined with step-by-step illustrations and patterns (i.e.: the Umbilical Cord Hat; the Skully Sweater, and the Tank Girl tank top) will delight and inspire. [To buy it from Amazon, click here.]

Knitting Yarns: Writers on Knitting
Twenty-seven well-known authors contributed essays that “celebrate knitting and knitters. They share their knitting triumphs and disasters as well as their life triumphs and disasters,” writes Ann Hood in the introduction. Barbara Kingsolver, Andre Dubus III, Ann Patchett and Sue Grafton are just a few of the contributing writers. There are also some patterns in the book. [To buy it from Amazon, click here.]