Last time on The Mighty Ducks: Game Changers, Evan had something bad happen to him. After this happened though, his mom and him decided to start their own team. They thought it would be easy, but proved to be harder than either of them thought. Evan had a hard time finding people to join the team, and his mom Alex couldn’t find an ice rink they could practice in. Yet just when things seemed hopeless, Alex was able to find a place for the team to practice. It was run by Gordon Bombay who was hesitant at first, but decided to let them use the Ice Palace. As this episode came to a close, the new team came together and training for them all was about to begin. Now the team is trying to prepare for its first game in ‘Dusters’. I was able to watch a screener of this episode and here is what I thought of it.

You can read the premise for ‘Dusters’ here:

Evan is skeptical of Alex’s unique approach to coaching, as the team gets ready for its first game.

Alex has some different ways to try to prepare the team for its first game in ‘Dusters’. She thinks they will work, but Evan isn’t so sure. As the game gets closer, he fears things won’t go so great. This team doesn’t even have the right equipment, but a tip from Gordon Bombay raises the spirits of them all a bit. Yet as their first game comes to a close, it is clear that this team has some work to do.

The Mighty Ducks: Game Changers ‘Dusters’ is available now on Disney Plus. 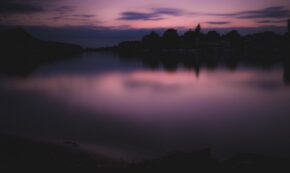