Get Daily Email
Join/Login CLOSE
Home / A&E / The Pardons! The Tweets! The Debates! The Noise 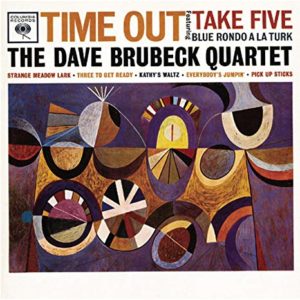 Paul Desmond was visiting with his friend Doug Ramsey. Desmond was a chain smoker and a legendary drinker, so this visit was to be in a bar. A hotel bar. Desmond and Ramsey took the elevator. The car jerked, dropped. A bell rang.

“What was that?” a woman asked.

Desmond and Ramsey spoke as one: “E-flat.”

Great anecdote, don’t you think? Musicians are often as taciturn as they are quick-witted, and that one-word improvised response was like a fine jazz solo —– just what was called for, not a note more.

Which was, if you know the music of Paul Desmond, very much his style. And whether you have ever heard of Desmond or not, you do indeed know him —– he was the alto saxophonist in the Dave Brubeck Quartet. The highest-paid sideman in jazz. And –— oh yeah –— he wrote a little tune called “Take Five.”

Lovers of jazz didn’t have to wait for “Time Out” to know that Desmond was a giant. At a time when alto sax players were almost universally in thrall to Charlie Parker, Desmond went out of his way not to be influenced by Parker — or, for that matter, to imitate the great African American sax players of his time. Musicians noticed. Parker, for one; he called Paul Desmond his favorite alto player.

“Beauty, simplicity, originality, discrimination and sincerity” –— that was what Desmond sought from music. And it’s what he provided. His tone was cool and hollow, discrete as a priest in the confessional. He described it best: ” I want to sound like a dry martini.”

Desmond smoked three packs a day, drank prodigiously, ate mostly steak —– he lived hard. A Toronto model told a friend: “I haven’t been this tired since the last time Paul Desmond blew into town.” Wine, women and song: The cliche was his life. Not surprisingly, he died young. This was one seriously tormented soul —– and yet all that came out of his sax was grace, purity, beauty, joy.
—