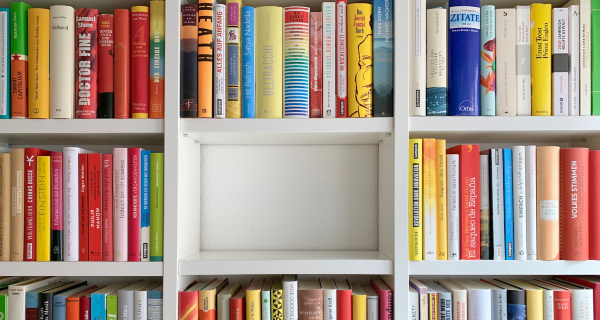 For authors and their reader-communities, has conventional book publishing become obsolete or at least grossly inefficient and overpriced? I say yes — at least for those of us who are not writing mass-audience books. The good news is that authors, their reader-communities and small presses are now developing their own, more satisfying alternative models for publishing books.

Let me tell my own story about two experiments in commons-based book publishing. The first involves Patterns of Commoning, the new anthology that Silke Helfrich and I co-edited and published two months ago, with the crucial support of the Heinrich Böll Foundation. The second experiment involves the Spanish translation for my 2014 book Think Like a Commoner.

Whereas the German version of Patterns of Commoning was published with transcript-Verlag, a publisher we consider a strong partner in spreading the word on the commons, for the English version, we decided to bypass commercial publishers. We realized that none of them would be interested – or that they would want to assert too much control at too high of a price.

We learned these lessons when we tried to find a publisher for our 2013 anthology, The Wealth of the Commons. About a dozen publishers rejected our pitches. They said things like: “It’s an anthology, and anthologies don’t sell.” “It doesn’t have any name-brand authors.” “It’s too international in focus.” “What’s the commons? No one knows about that.”

It became clear that the business models of publishers – even the niche political presses that share our values – were not prepared to support a well-edited, path-breaking volume on the commons.

In general, conventional book publishing has trouble taking risks with new ideas, authors and subject matter because it has very small economic margins to play with. One reason is that commercial book distributors in the US – the companies that warehouse books and send them to various retailers – take 60% of the cover price, with little of the risk. They are the expensive middlemen who control the distribution infrastructure. Their cut leaves about 40% of the cover price or less for the publisher, author and retailer to split.

This arrangement means that book prices have to be artificially higher, relative to actual production costs, to cover all the costs of so many players: editors, marketers, publicists, distributors, retailers.

So how did we bypass this costly apparatus and assert control of the publishing process? How did we produce an affordable, highly shareable 400-page book? By looking to our international community of commoners.

We did a private crowdfunding outreach to solicit orders for advance bulk orders — $10/copy in increments of ten. This raised enough money to finance about half of the cost of the print run of 2,000 copies. Silke and I personally paid for the rest of the print run, which we expect to recoup after selling a few hundred copies. We were able to reclaim control over what happens with our book and avoid the strict limitations imposed by conventional publishing business models.

We built on the logic of commoning: First, build community (which took years of work), then support each other. This is both more efficient and socially satisfying than relying on highly consolidated corporate markets that require ever-escalating prices, control and sales.

We had had a great experience in publishing The Wealth of the Commons in 2012 via Levellers Press, a regional press that took a chance on our book. Levellers was started a few years ago by its parent company, Collective Copies, a worker-owned, movement-friendly photocopy business in Amherst, Massachusetts, US.

So when it came time to publish Patterns of Commoning, we could have published with Levellers, but decided this time to go with Levellers’ self-publishing arm, Off the Common Books. The big difference was that we, as authors/editors, put up the money ourselves to print and distribute the books. Off the Common Books then sells and ships the books for a modest per-book fee.

Publishing Patterns of Commoning ourselves has been a wonderful liberation from the costly, unresponsive machinery of traditional publishing. Even though our book is not available through most bricks-and-mortar bookstores, that’s okay; very few books are. Patterns of Commoning can be bought directly through the Off the Common Books website – our preferred source – or through Amazon (not preferred, but it’s hard to reach general book buyers otherwise).

Because our overhead costs are so low, we were able to keep the price of our book at $15 – much lower than a conventional publisher would charge – while pocketing higher revenues than typical publishing deals (a scant 7-10% of the cover price). We can break even sooner, and enjoy fewer risks and costs because we have a smaller press run.

The Power of Commoning Over Marketing

Then there is marketing. The authors of books usually end up doing most of the marketing because they know their reader-community better than most publishers. Authors are motivated to reach out to readers, but US publishers entering a publishing season often have “more important” titles to promote than one’s own book. “Lesser titles” are often left to fend for themselves.

When I published a book (with coauthor Burns Weston) with the esteemed Cambridge University Press, several people cycled through the job of marketing my book in the course of only two years. The Press initially charged $85 for the hardback copy (now $55) because it apparently sees university libraries as its primary market for hardcover sales. When it was time to publish a cheaper ($35) paperback, the Press refused to correct the typos (“too expensive”) or even include an errata sheet.

Self-publishing in collaboration with our commons network let us avoid all of these problems. We have been able to rely on our own network of commoners, Web visibility and word-of-mouth recommendations – avoiding the expensive and mediocre outreach and promotion that many publishers do. We have also been able to use a Creative Commons license (in our case, a CC BY-SA 4.0 license), which authorizes foreign translations for free and lets us post the entire book online. (Chapters will be posted in the next month or two.) We value impact and connection over profit.

Of course, as non-academics, Silke and I don’t need to worry about the perceived prestige of a publisher. Our careers are not dependent upon getting published with the most respected academic presses, which may also be expensive, averse to Creative Commons licenses, and focused on traditional marketing approaches.

I’ve published more than ten books with ten publishers in my career, and I’ve never had a happier publishing experience than with Levellers/Off the Common Books. Steve Strimer, the publisher, is a wonderful guy who understands the commons and is creative and flexible in trying out new ideas. The press can do print-on-demand, small-scale print runs for books, which means that its overhead costs are small, allowing it to turn a profit after selling only 200 to 300 copies of a book. Steve takes pride in saying that he is one of the only for-profit US publishers of poetry, one of the most notoriously unprofitable genres of writing there is. (Levellers’ poetry imprint is Hedgerow Books.) http://hedgerowbooks.net

I do think this commons-based model represents a superior commercial model for movement-oriented books so long as you have sufficient inhouse editorial and production know-how. You can make your own choices about editorial content, control your own marketing, reap more of the revenues from sales, and use a Creative Commons license. You don’t have to forfeit so much to a publisher and the commercial distribution apparatus. In our case, it was crucial to have a partner like Off the Common Books, an author-friendly, movement-oriented cooperative.

I think the next step for commons-oriented publishing is to invent new sorts of cooperative book distribution systems so that small presses can avoid the crippling fees charged by the conventional book distributors. A modest editorial and production infrastructure for a press could accomplish a great deal for very little money. (For those who read German: my colleague Silke Helfrich elaborated a bit on that idea and calls for a Commons Publishing or a Publishing Commons.)

Another Cooperative Publishing Experiment, in Spain

Let me quickly mention a second commons-based book publishing experiment now underway. This project revolves around the Spanish translation for my 2014 book, Think Like a Commoner. The book is licensed under a CC BY-SA license, which means that translators can do a translation for free. So far, there are translations in French, Italian, Polish and Korean – with a Chinese one in progress.

Last year, a consortium of commons-oriented groups in Madrid organized by Guerrilla Translation – Stacco Troncoso and Ann Marie Utratel – decided that they wanted to translate Think Like a Commoner as a collaborative project. The consortium includes the Medialab-Prado, free software publisher Traficantes de Sueños, the commons crowdfunding website Goteo and the translation team of Georgina Reparado, Susa Oñate and Lara San Mamés.

This group, coordinated by Guerrilla Translation’s Xana Libânio, is mounting a crowdfunding campaign to pay for the translation, campaign management, and book editing and design. Contributors can choose from among numerous rewards, including copies of the book.

What’s especially imaginative is how the Spanish translation project is engaging with publishers in Latin America to print, distribute, promote and sell the book in their various countries – Tinta Limón in Argentina, La Libre in Perú, SurSiendo in México. Publishers will print a set number of copies for the initial crowdfund distribution, but will then be free to print and sell additional copies for their respective countries.

I am grateful to the Madrid team that has undertaken this project, and impressed by the creative structures and cooperation that they have devised. It makes me wonder if the time is right to start a standing press on commons and movement concerns. That would surely require more resources and reliable revenue streams, but it is certainly worth exploring. The economics of conventional publishing is delivering less and less value to authors and readers even as book prices go higher. Meanwhile, important new books never get published in the first place because they are deemed unmarketable.

This post was previously published on CommonsStrategies and is republished here with a Creative Commons License.