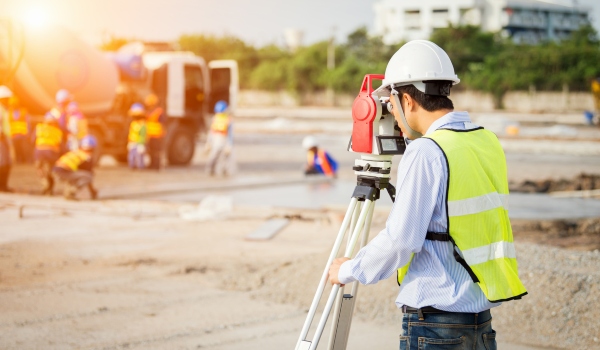 —
The privileges of land ownership are so huge and far-reaching that they are generally taken as immutable facts of life – something that politics cannot possibly address. A hearty salute is therefore in order for a fantastic new report edited by George Monbiot, the brilliant columnist for The Guardian, and a team of six experts. The report, “Land for the Many: Changing the Way our Fundamental Asset is Used, Owned and Governed,” lays out a rigorous, comprehensive plan for democratizing access and use of land.

“Dig deep enough into many of the problems this country faces, and you will soon hit land,” writes Monbiot. “Soaring inequality and exclusion; the massive cost of renting or buying a decent home; repeated financial crises, sparked by housing asset bubbles; the collapse of wildlife and ecosystems; the lack of public amenities – the way land is owned and controlled underlies them all. Yet it scarcely features in political discussions.” (The six report coauthors are Robin Grey, Tom Kenny, Laurie Macfarlane, Anna Powell-Smith, Guy Shrubsole and Beth Stratford.).

The report contains recommendations to the British Labour Party as it develops a policy agenda in preparation for the next general election. Given that much of the world suffers from treating land as a speculative asset, the report could be considered a template for pursuing similar reforms around the world. (Monbiot’s column summarizing the report can be found here.)

For me, the report is quite remarkable: a rigorous, comprehensive set of proposals for how land could be developed, used, and protected as a commons.

There are succinct, powerful sections on making land ownership data more open and available; ways to foster community-led development and ownership of land (such as a “community right to buy”); and codifying a citizen’s “right to roam” on land for civic and cultural purposes. One effective way to curb speculative development and revive farming and forestry is by creating community land trusts and curbing tax privileges and subsidies.

The bald financial realities about land are quite troubling. The report notes that in the UK, “land values have risen 544% since 1995, far outpacing any growth in real incomes.” Housing is simply unaffordable for many people. “Two decades ago, the average working family needed to save for three years to afford a deposit [downpayment] on a home,” the report notes. “Today, it must save for 19 years.”

Much of the blame can go to tax laws and other policies that encourage people to treat homes as financial assets. This fuels fierce speculation in housing that raises prices, greatly benefiting the rich (landowners) and impoverishing renters. Similarly, thanks to speculation and tax subsidies, wealthy landowners consolidate more land while small farmers are forced to give up farming. Fully one-fifth of English farms have folded over the past ten years.

Politicians are generally far too wary to propose solutions to these problems. It would only enrage a key chief constituency, the wealthy, and alienate some in the middle class who aspire to flip homes as a path to wealth. But there are in fact many ways to neutralize the speculative frenzy associated with land and mutualize the acquisition and control of land to make something that can benefit everyone.

Land for the Many recommends a shift in “macroprudential tools” – financial assessments of systemic risk – to prod banks to make fewer loans for real estate and more loans that help productive sectors of the economy. The report also urges restrictions on lending to buyers intending to rent their properties.Other healthy ways to make land more accessible and affordable for all: a progressive property tax on land; a reduction of tax exemptions for landowners; and a cap on permissible rent increases at no more than the rate of wage inflation or the consumer price index, whichever is lower.

Since profit-driven development can have catastrophic long-term effects on ecosystems, wildlife, and future generations, the report calls for the creation of Public Development Corporations. These entities would have the power to purchase and develop land in the public interest.

I especially like the idea of creating a Common Ground Trust, a nonprofit institution to help prospective homebuyers buy homes. As the request of a buyer, the Trust would buy the land underneath a house and hold it in trust for the commons. Since land on average represents 70% of the cost of a house, the Trust’s acquisition of land under housing would greatly reduce the upfront downpayments that buyers must make. “In return,” write Monbiot et al., “the buyers [would] pay a land rent to the Trust.” Home buyers could reap any appreciation in value of their house, but land would effectively be taken off the market and its value would be held in the commons.

“By bringing land into common ownership, land rents can be socialized rather than flowing to private landlords and banks,” the report notes. “Debt-fueled and speculative demand can be reined in without the risk of an uncontrolled or destabilizing fall in values.”

Land for the Many is major achievement. It consolidates the progressive case for land reform and explains in straight-forward language how law and policy must change. Of course, the politics of securing this agenda would be a formidable challenge. But given the grotesque inequalities, ecological harms, declines in farming, and unaffordable housing associated with the current regime of land ownership, this conversation is long-overdue.