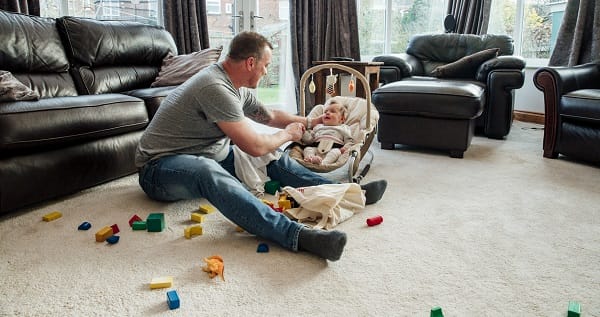 If you go against the prescribed rules of what is to be a real man, you are not always approved of. Yes, things have changed since the days of John Wayne and James Cagney, where it was all ‘balls to the wall’ masculinity being celebrated.

Nowadays, men can cry in public, carry their babies in papooses, braid their children’s hair, and buy their partner’s sanitary products. There may be the odd raised eyebrow or sniggering in locker rooms about this, but on the whole, there’s a greater acceptance of the changing roles of men.

What’s the downside of going against considered norms?

The question is, how do you feel as a man who’s trying to push the boundaries of what is acceptable manhood? Is there a desire to still be liked even if you’re going against considered norms? Do you wonder if you’re giving up your power for diminishing returns? Do you secretly wonder what it would be like to be accepted as the man of the house, the boss, the one to whom women defer?

It’s a trip for sure. A power trip. Which is why there are so many mixed messages about acceptable expressions of masculinity even today. Men, generally, are the owners of newspapers, magazines and Fortune 500 companies. They are still the top earners in the film and music industries, whether that’s as artists or execs.

So it is no surprise then, that mixed messages abound about what it is to be a good man. The idea of giving up centuries of power by those who hold that power is naturally going to cause inner and outer conflict.

Is it all about self-determination?

Are gay men and lesbians earning more because they are more self-determined? Do they have a natural superiority to their heterosexual counterparts? I can only imagine the umbrage this study would raise among traditional heterosexual males. The horror! The outrage!

As a modern-day man do you have a part of you that finds these statistics somewhat unsettling? If you do, can you own those feelings? If you don’t then can you acknowledge that you’re a rare breed? Because it’s further proof that the world is not as it used to be. It also raises questions about male dominance and superiority generally.

This is a world in a state of flux. Old rules no longer apply. We have the power to be self-determined as individuals, sexualities and genders. This causes both feelings of empowerment and uncertainty. Certainty is what causes us all to feel more settled within. With these growing uncertainties and new norms evolving, feeling unsettled may become our natural state.

From the perspective of this author that is a beautiful thing. We are growing, changing, evolving as a species and rightly so. So to feel settled and certain is nothing but a sign of being stuck. Where do you stand as a modern-day man with regard to this particular sentiment?

Facebook10TweetPin1EmailShares11
wpDiscuz
0
0
Would love your thoughts, please comment.x
()
x
| Reply
Share this ArticleLike this article? Email it to a friend!
Email sent!