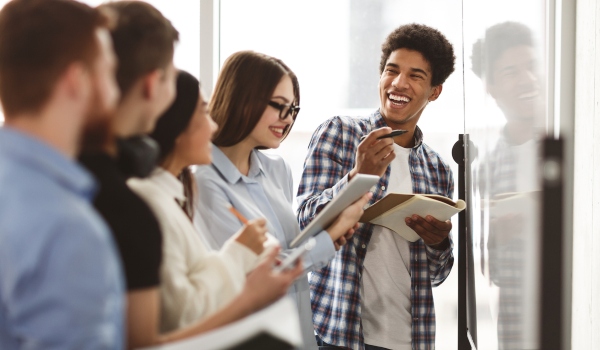 —
While there are many ways that academics now study commoning, few show the broad-minded enthusiasm, scholarly engagement, and political awareness that I encountered at the Sharing Society’s international conference in Bilbao, Spain.

The May 23-24 event brought together a wide variety of international scholars, practitioners and activists who care about cooperation in its many permutations – commons, open source software, care work, citizen-science, makerspaces, urban collaborations, and many other forms.

There was no privileged discourse or correct point of view at this conference – just a fantastic mix of explorers trying to understand “the characteristics, trajectory and impact of collaborative collective actions.” The focus was on social phenomena in Europe and North America, especially as affected by today’s political economy, but the event ventured into such unexpected zones as refugee resettlement, the circular economy in fashion, and participatory governance in a Cairo neighborhood. Wow!

The Sharing Society project has an impressive research team drawing from six Spanish universities and eight foreign academics institutions (Argentina, Canada, Chile, Italy, Mexico, Portugal, Turkey, and the UK). Directed by sociology professor Benjamín Tejerina, a scholar of collective identity, the project is based at the University of the Basque Country and funded by the Spanish Ministry of Economy and Competitiveness (!).

In recent weeks, the Sharing Society has set about launching a new network to continue the cross-disciplinary international dialogues. It’s too early to know how that venture will unfold, but it promises to be a good space for cross-sectoral discussion, alerts about upcoming conferences and publications, and a repository of literature.

You can find more about the Sharing Society at its website, and a wealth of literature generated by its prior events here. If you want to sample some of the great papers submitted to the event, a 688-page volume of conference proceedings containing dozens of papers can be accessed here. It was edited by Professors Tejerina, Cristina Miranda de Almedia and Ignacia Perugorría.

I was pleased to encounter this fledgling forum and network because I think academics and activists generally don’t mix it up enough. So it was refreshing to move into this welcoming space for open minds and methodologies to study cooperation in its many varieties. We all need serious academic studies that burrow into the hidden experiences of practitioners while avoiding the perils of ivory-tower theories. And commoners, for their part, often need to take a broader, more rigorous perspective on their own work. History, political economy, and social theory can be very helpful.

A series of eight keynote speakers gave some wonderful presentations. You can watch each of the talks in streaming video here.

Greek scholar Manuela Zechner spoke about “caring, sharing and commoning,” offering a fascinating taxonomy of different types of care. There is “caring about” and “taking care of,” which are typically gender-biased toward men – and there is “care-giving and “care-receiving,” which are typically left to the less powerful. She also noted that we can distinguish care as a disposition and care as a practice.

The problem with care, said Zechner, is that we find it difficult to acknowledge that we need care and that we are dependent. That is why setting up circuits of care that can mature into a commons can be so difficult. After all, the default norm in market culture is simply to outsource care via paid labor. A key challenge in contemporary society, therefore, is “how to instantiate and sustain relations of care,” Zechner said.

Italian design expert Ezio Manzini echoed some of these ideas in his talk, which focused on building urban spaces and a regenerative circular economy on the basis of care. These topics are elaborated in Manzini’s latest book The Politics of the Everyday, which discusses how city-making, social innovation, and design are all interconnected.

Internet scholar Mayo Fuster Morrell, Director of Dimmons Research Group in Catalonia, described the policy void that exists in thinking about the collaborative economy in holistic terms, and the failure of government to adequate assess the sustainability of existing models (such as Airbnb and Uber) and the alternatives that deserve greater attention.

Italian scholar Derrick de Kerckhove spoke about “the rise of collaborative investigative journalism” as seen in the collaboration of 370 journalists and their respective news organizations in making sense of the so-called Panama Papers, a huge cache of documents detailing transnational tax avoidance and corruption.

My colleague Stacco Troncoso of the P2P Foundation described a new type of “distributed cooperative,” or DisCO, that is a “locally grounded, transnationally networked cooperative focused on social and environmental work.” DisCOs are a counterpoint to the anarcho-capitalist structures known as DAOs, or “Decentralized Autonomous Organizations” that attempt to use blockchain software (of Bitcoin fame) to create “trustless” online groups based on algorithms and “smart contracts.” DisCos also use the blockchain, but are instead designed as “commons-oriented open cooperative governance” models. One example is Guerrilla Translation, the Spain-based translation cooperative that Troncoso works with.

In my talk on “the commons as a living social system,” I described the new framework for understanding the commons that I developed with Silke Helfrich in our forthcoming book, Free, Fair and Alive. You can watch the video here, but otherwise, more on that topic in a future post.

Facebook5Tweet3Pin1EmailShares9
wpDiscuz
Share this ArticleLike this article? Email it to a friend!
Email sent!