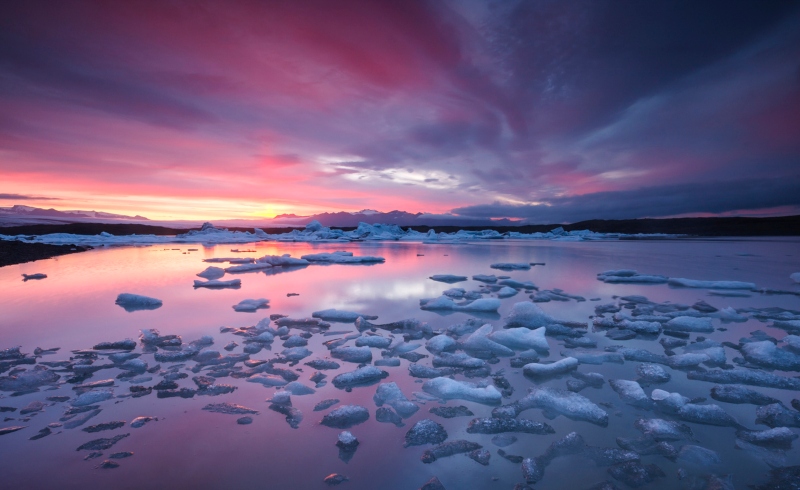 Even in the white-out world of ice, the Arctic is growing greener. Plankton blooms below the frozen ocean and in Greenland’s icy mountains meltwater ponds become little ecosystems that will eventually enrich the ocean.

And both entirely natural processes could be a measure of human impact on the planetary climate. In each case, what happens a little could increasingly happen a lot, to accelerate climate change still further.

The Arctic is the fastest-warming place on the planet. Green plants have begun to invade the frozen landscapes, and Greenland’s ice is in retreat. And scientists have begun to look in finer detail at the way the process happens.

Researchers from Harvard University in the US and two British universities report in Science Advances journal that the evidence of mathematical simulations indicates that the thinning of the polar sea ice now means that some light can get to regions once impossibly dark. And when it does, photosynthesis begins.

Because of global warming as a response to ever greater ratios of greenhouse gases in the atmosphere because of human combustion of fossil fuels, Arctic ice now bounces ever less radiation back into space.

Phytoplankton are life’s bottom line. They feed tiny carnivores, which become supper for more complex lifeforms, to be eaten in turn by fish, which become lunch for marine mammals.

“Our big question was, how much sunlight gets transmitted through the sea ice, both as a function of thickness, which has been decreasing, and the melt pond percentage, which has been increasing,” says Chris Horvat, graduate student of applied mathematics in Harvard’s Department of Earth and Planetary Sciences, who led the study.

“What we found was that we went from a state where there wasn’t any potential for plankton blooms to massive regions of the Arctic being susceptible to these types of growth.”

Twenty years ago, no more than 4% of Arctic ice was thin enough to permit colonies of phytoplankton to bloom underneath. Now, in the summer months, 30% of the iced-over ocean covers a garden of green things, to be grazed by other forms of sea life.

“The metre decline in sea ice thickness in the Arctic in the past 30 years has dramatically changed the ecology in that area,” Horvat says.

“All of a sudden, our entire idea about how this ecosystem works is different. The foundation of the Arctic food web is now growing at a different time and in places that are less accessible to animals that need oxygen.”

Other researchers confirm the hypothesis in Polar Biology journal, this time with a close look at the process as it happens. Their laboratory was a series of meltwater ponds on the icecap of north-eastern Greenland .

They measured the growth of microscopic life in the surface water, which trickles into the oceans to nourish sea life. What matters most is the supply of nitrogen and phosphorus. As long as the algal growths have access to nutrients – in dust blown from Siberia, or deposited by birds and migrating animals – communities of micro-organisms can flourish.

“Given that larger and larger areas of melt ponds are being formed in the Arctic, we can expect the release of more and more food for creatures in the polar sea,” says Heidi Louise Sørensen, a researcher at the University of Southern Denmark, who led the study. – Climate News Network