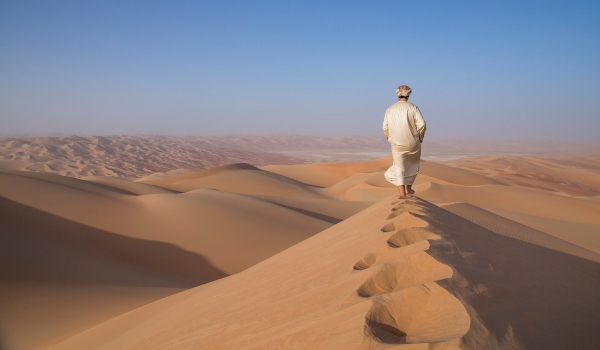 LONDON – A London-based think tank says the spread of democracy following the Arab Spring could be reversed because politicians are failing to help the countries involved to build resilience to economic shocks.

The group, E3G, says in a report, Underpinning the MENA Democratic Transition: Delivering Climate, Energy and Resource Security, that the G8 governments are not helping the Middle East-North Africa (MENA) region to address the threat of food and energy price shocks.

The report says climate models show that warming will happen much faster in this region than the global average. A reduction in rainfall is also likely by mid-century.

“Without a major effort to radically reduce global greenhouse gas emissions in the next ten years the region could see an average temperature rise of over 4°C by mid-century and 6-8°C by 2100”, says the report.

“This will be felt in growing seasonal extremes… The impact on rainfall is more uncertain, but a general reduction of rainfall by up to 10-30% by mid-century is expected.”

Lower rainfall will worsen the existing scarcity of water, driven by population growth, industrialisation and the depletion of aquifers, which is already acute across the region, the report says.

Food prices will increase as a major cause of economic shocks in the region and there is an immediate risk of surging prices this year because of the recent US droughts.

Not luxury but insulation

Modelling also suggests major import crops like wheat are likely to increase in price worldwide by up to 80% by 2030 because of growing global demand, with climate change perhaps increasing prices by a further 40%. Food price volatility will increase even more rapidly as climate change drives extreme weather in producer countries.

“Investments in efficiency and low carbon infrastructure are wrongly seen as a luxury that these countries cannot afford. In fact, these investments can insulate the region against damaging price shocks while also delivering greater longer-term economic value and stability.”

While these are important, it says, there is a failure to systematically address other vital areas for stability, such as exposure to energy and water shocks, and no clear approach to medium-term stability.

These risks are unlikely to be reduced merely through stronger GDP growth, and there will be a need for greater focus on directly building national resilience.

“We want resilience as the route to democracy”

The report says donor countries and regional partners should work together to focus on four strategic priorities: improving resilience to shocks; economic diversification into resource-efficient industries; building resilient infrastructure; and focusing support on a few high-impact stability and development objectives.

“The real challenge for the G8 is whether their strategy is producing outcomes and not just activity. We want to see investment rather than armed force – not so much boots on the ground, you could say, but briefcases.

“What we’re arguing for is a core part of R2P, something that will fulfill the whole UN vision – prevent and protect.”

E3G stands for “third generation environmentalism”. The group says its proponents “are ‘insiders’, found at all levels in governments, corporations, universities, trades unions, professional associations and voluntary organisations throughout the world. They share a deep concern about the stability, security and sustainability of the planet.” – Climate News Network