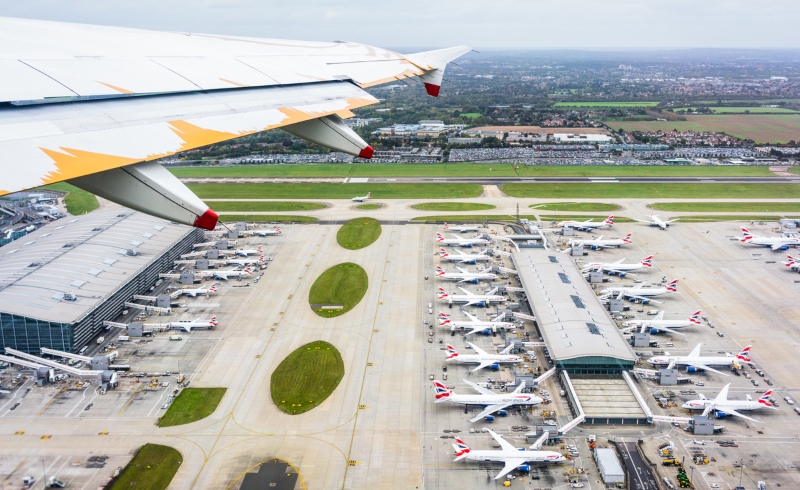 The world is “meandering into a failed future” because of its unwillingness to take decisive action on climate change, a leading UK academic has warned.

Kevin Anderson, a professor of energy and climate change at Manchester University, UK, criticises oil companies for pushing an agenda of complacency.

But, more unusually, he also blames academics, journalists and even some green groups for encouraging a belief that renewable power or other simple solutions can counter global warming.

In an interview with Climate News Network, Anderson denies he is being alarmist or hardline.

But he argues that there is a 95% chance that climate change action will not be robust enough to hold the growth in the Earth’s warming below the 1.5°-2°C target agreed at the UN climate conference in Paris in 2015.

Signs of misguided thinking in the UK, he says, include the government’s support for shale gas drilling and for building a third runway at Heathrow, London’s main airport.

“The runway at Heathrow, shale gas − these are completely incompatible with Paris,” Anderson says. “And yet no doubt some academics say they will fit because they will have a rose-tinted view of some mythical future that things can be put in place.”

Anderson believes that politicians will not take strong enough measures to address climate change partly because the threat of global warming is often underplayed by many experts.

He says: “I don’t think we will be woken up [to the urgency of the situation]. I think there is a 95% chance we will fail. It won’t be quite sleepwalking, because we know we are doing it.

“We are knowingly meandering into a failed future, so I think we are going to fail, but there is a very small chance we will succeed.”

The route to open the way for more effective climate action is to be more open and honest about the challenges we face, Anderson argues. “If we are not prepared to face the challenges we have ahead then the answers we come up with will not be appropriate.”

“I think there is a 95% chance we will fail.
It won’t be quite sleepwalking, because
we know we are doing it”

Oil companies, he says, have been undermining the arguments for urgent climate action for a long time. “They have been fairly vilified. They have tried to undermine this [climate action] agenda for years.

Anderson is convinced that we are not moving away quickly enough from a reliance on fossil-fuelled cars and power stations.

Oil companies such as Shell gradually switching from carbon-heavy and high-cost oil projects such as tar sands in Canada or Arctic drilling and towards gas production is only partially welcomed by Anderson.

He says: “They are in the 3°-4°C warming spectrum, not the 5-6°C spectrum, but I personally prefer Exxon to the BPs and Shells, because Exxon is a wolf in wolf’s clothing, whereas Shell is a wolf in sheep’s clothing.

“They [Shell] love gas. They extol the virtues of this new ‘green fuel’, but 75% of it is carbon, and when you burn it you get a lot of carbon dioxide.

“These companies love fossil fuels. They tried to go for renewables and failed. They had the opportunity to be the incumbents who catalyse the change and maybe they even tried, but they have failed.

“I do not think the oil companies – the hydrocarbon companies – are going to be any part of the future. They have had their chance, and they have just been found wanting.”

But Anderson also believes that academics are wrongly advising policymakers they can reach the 1.5°-2°C target by using “mitigation” systems that suck carbon out of the atmosphere, such as experimental geo-engineering, and carbon capture and storage.

He believes we should not be relying on this when there are more important targets – such as changing the lifestyles of the rich in the West who burn carbon by flying, driving large diesel cars, and being hooked on wasteful consumerism. – Climate News Network