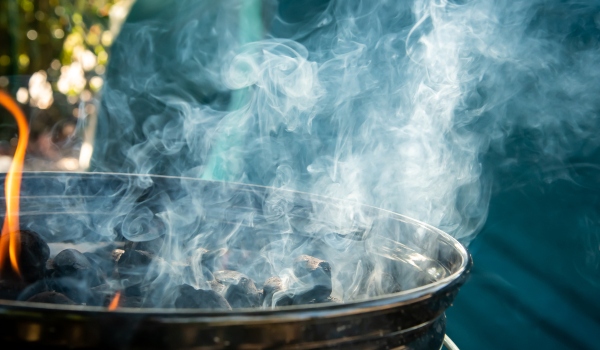 LONDON, 15 October, 2018 − The green response to climate change – the hope that better and bigger forests could help absorb more carbon dioxide and limit the impact of global warming – may not be so simple after all. In fact, some aspects of the foliage response to rising CO2 levels could present thorny problems.

Two new studies confirm that as atmospheric chemistry changes and the thermometer shifts, so does vegetation’s reaction to climate change.

One team of scientists, focusing on any new leaves that plants may turn over in a fast-changing climate, found that leaves will become thicker as carbon dioxide levels in the atmosphere soar – the consequence of fossil fuel combustion, and the indisputable driver of global warming.

This means that they − and therefore forests − could also become less efficient at sequestering carbon, allowing ever more greenhouse gas into the atmosphere to accelerate warming.

A second team of scientists has looked at what global warming will do to gross growth in the vegetable world. Shorter winters mean greener springs – but the evidence so far is that the surge of growth is not sustained in a warmer, longer summer. And this, too, could change climate forecasts for the worse.

Such studies are a reminder that the interplay of precipitation, temperature, light, carbon dioxide and photosynthesis is a highly-complex process and can subtly, or even dramatically, affect climate outcomes.

They are also a reminder that the most effective way to contain global warming is by dramatically reducing greenhouse gas emissions.

Researchers have known for years that higher carbon dioxide levels can change the ways that plants grow.

Scientists report in the Global Biogeochemical Cycles journal that they took what was known of the thicker-leaf phenomenon, then incorporated it into models of that notorious climate science headache, the carbon budget − that is, what actually happens to the carbon dioxide humans release and plants absorb.

At higher CO2 levels, leaves can thicken by as much as a third. That changes the ratio of surface area to mass in a leaf, and accordingly changes photosynthesis, evaporative cooling and sugar storage.

Atmospheric carbon dioxide levels for most of human history have oscillated around 285 parts per million, but now they are at 410ppm and could reach 900ppm, by the close of the century.

At around 710 ppm, and if all plant leaves thickened, the scientists found that plants worldwide would take up almost 6 billion tonnes less carbon.

Humans spill around 8 billion tonnes of carbon into the atmosphere as they burn coal, oil and natural gas. So there would be ever more carbon dioxide in the atmosphere, and higher global temperatures too.

These could be up to 1.4°C higher than any projections so far, just because of some previously little-noticed response by potatoes, poplar trees or pumpkins to richer atmospheric nutrition.

It means that the climate accountants who calculate the planet’s carbon budget may have to think again.

“If this single trait – leaf thickness – in high carbon dioxide levels has such a significant impact on the course of future climate change, we believe that global climate models should take other aspects of plant physiology and plant behaviour into account when trying to forecast what the climate will look like later this century,” says study leader Marlies Kovenock, a graduate biology student in the University of Washington’s Programme on Climate Change.

Forest protection and restoration is a big part of the responses prepared by 195 nations that agreed in Paris in 2015 to try to limit global warming to, ideally, a maximum of 1.5°C by 2100. In response to warming so far, spring now begins ever earlier.

A second team, in a report in Nature journal, says the assumption that, in a warmer world, a longer growing season must mean greedier carbon uptake by the planet’s forests is not so certain.

Scientists used satellite imagery of the last 30 years to estimate the impact of earlier springs on overall growth over most of the temperate zone in the northern hemisphere.

They found that, yes, spring growth was greener, but overall the early spurt slowed in summer and autumn as temperatures continued to rise. Water became less available and the overall carbon uptake fell.

“Unfortunately, this changes climate forecasts for the worse,” says one of the report’s authors, Matthias Forkel, an Earth system scientist at the Technical University Vienna, in Austria.

“We have to assume that the consequences for global warming will be even more dramatic than previously calculated.” – Climate News Network