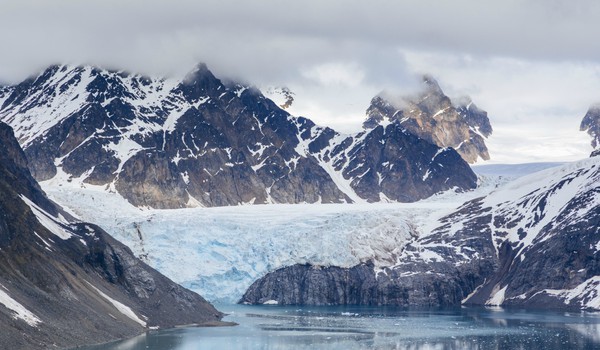 —
LONDON, 7 June, 2019 − Siberia, currently one of the most sparsely populated places in the northern hemisphere, could become a target for mass migration as the climate warms.

By 2080, scientists report, melting permafrost and warming summer and winter temperatures will mean that agriculture could thrive and support between five and seven times the current population.

Lands to the south are becoming far less able to feed and sustain their existing populations, as heat makes crops harder to grow and cities untenable, and mass migration northward is likely, the scientists predict.

Their study, which is produced by the Krasnoyarsk Federal Research Centre in Siberia and the US National Institute of Aerospace, says the current problem of falling population in Russia will be reversed as conditions in Siberia become much better for growing food, and both summers and winters more pleasant to live in. It is published in the journal Environmental Research Letters.

With 13 million square kilometres of land area, Asian Russia – east of the Urals, towards the Pacific – accounts for 77% of Russian territory. Its population, however, accounts for just 27% of the country’s people and is concentrated along the forest-steppe in the south, with its comfortable climate and fertile soil.

“In a future, warmer climate, food security, in terms of crop distribution and production capability, is predicted to become more favourable”

The findings have a certain irony, because at the close of the Communist era the Soviet government was not keen to take any action on climate change: it saw the warming of Siberia as a chance for the USSR to grow more wheat and challenge US dominance of the world’s grain supply.

The scientists warn, however, that mass migration will not be that simple. The melting of the permafrost threatens what little infrastructure there is in the region. Before a larger population could provide for itself, investments need to be made in new roads, railways and power supplies to support it.

They say warming in the region already exceeds earlier estimates. Depending on how much carbon dioxide humans continue to pump into the atmosphere, the scientists predict mid-winter temperatures over Asian Russia will increase between 3.4°C and 9.1°C by 2080. Increases in mid-summer will be between 1.9°C and 5.7°C, they say.

Permafrost, which currently covers 65% of the region, would fall to 40% by 2080, and crucially there will be increases in rainfall of between 60 mm and 140 mm, making the unfrozen area much more favourable for crops.

Using something called Ecological Landscape Potential, or ELP, to gauge the potential for land to support human populations, the scientists came to the conclusion that mass migration north was probable.

“We found the ELP would increase over most of Asian Russia, which would lead to a five- to seven-fold increase in the capacity of the territory to sustain and become attractive to human populations, which would then lead to migrations from less sustainable lands to Asian Russia during this century,” they say.

Dr Elena Parfenova, from the Krasnoyarsk centre, said: “In a future, warmer climate, food security, in terms of crop distribution and production capability, is predicted to become more favourable to support settlements in what is currently an extremely cold Asian Russia.”

She said that obviously people would flock first to the already developed areas in the south, but most of the area of Siberia and the Far East “have poorly developed infrastructure. The rapidity that these developments occur is dependent on investments in infrastructure and agriculture, which is dependent on the decisions that will be made in the near future.” − Climate News Network

This post was previously published on climatenewsnetwork.net and is republished here under a Creative Commons license CC BY-ND 4.0.
—
Photo credit: Istockphoto.com