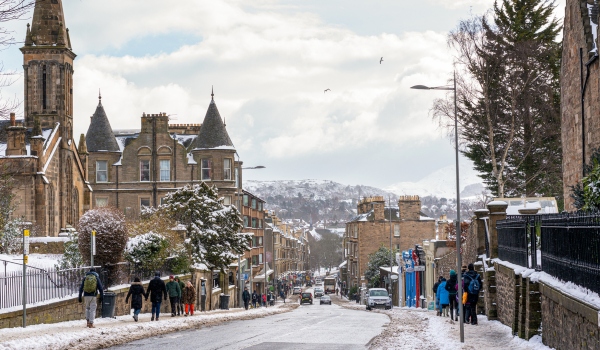 LONDON – Climate change deniers must be faced down and not allowed to get away with talking rubbish, says John Gummer, former UK Secretary of State for the Environment.

Now ennobled and known formally as Lord Deben, Gummer chairs the UK’s Committee on Climate Change (CCC), a position which gives him real influence in the continuing debate.

In a vehement attack on what he described as “the small cabal of deniers”, Gummer said this group was always arguing that climate change is not yet certain and that doing anything is expensive and inconvenient – so it is best not to act.

“Procrastination has been elevated into a political philosophy”, he told an event in Oxford organised by the University’s Environmental Change Institute. And there was a darker side. The deniers were backed by large amounts of money from mysterious sources.

“Their actions mirror those of the tobacco industry over the years – the parallels are absolute and continuous”, said the CCC chairman.

The CCC, an independent body set up under the UK’s 2008 Climate Change Act, advises the Government on carbon targets and on preparing for the impacts of climate change.

The climate change deniers had wrongly been labelled sceptics, said Gummer. “Scepticism is the essence of science. Every scientist is a sceptic. Sceptical science takes nothing for granted. That is what scientists do.”

He said the vast body of scientists and specialists realised the threat posed by climate change. Yet the deniers were constantly saying that because there was no absolute certainty, we should do nothing – until climate change overwhelmed us.

The lecture, entitled Even ostriches need third party insurance: the case for action on climate change in a polycentric world, drew parallels between how people deal with questions of insurance and how the deniers view the possibility of climate change.

“In the UK there are about 26 million homes insured against fire”, said Gummer. “Even though the chance of your home being destroyed by fire is very small, a fraction of one per cent, we insure our homes. Very few protest about it.

“The scale of climate change – both in likelihood and size – is far greater, yet the deniers persist with the idea of doing nothing, or that something will turn up to solve the problem.”

He also rounded on the green movement which, he said, preached a doctrine of misery: “Most people would like to be comfortable. There’s no advantage to freezing. The challenge is to come up with practical energy solutions, to end our dependence on fossil fuels.

“If not we will, at best, have beggared future generations – and buggered up the the only planet we have.” – Climate News Network