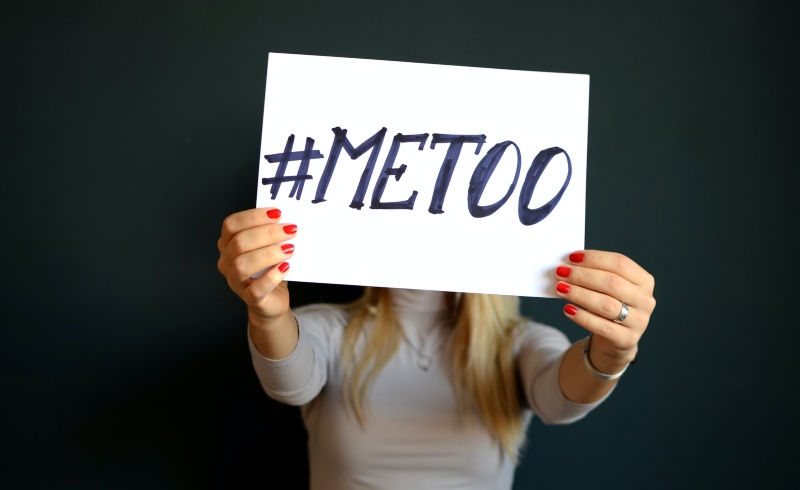 America is fast becoming a retaliation nation. Look no further than the workplace, a microcosm of society. Retaliation is rampant from corporate America to small and mid-sized companies nationwide.

Malicious managers are increasingly lashing out at aggrieved employees who have the courage to protest real or perceived discrimination. Retaliation against workers is an unlawful violation of their federally protected rights under anti-discrimination laws, such as the landmark Civil Rights Act of 1964.

The act of retaliation can include termination, demotion, harassment or many other adverse actions against victims of workplace discrimination affecting their terms and conditions of employment.

Most sexual harassment cases include an allegation of retaliation, which should be especially concerning to women in today’s #MeToo era.

Retaliation is an insidious form of discrimination which is ruining company culture and hurting bottom-line productivity. It’s a lose-lose situation for employers and employees alike. Did you know? Retaliation is the most frequently filed charge of job discrimination nationwide, at 10-year trend. That’s according to recent data from the U.S. Equal Employment Opportunity Commission (EEOC), the federal agency which enforces workplace anti-discrimination laws.

Retaliation has been the leading type of discrimination against workers for the past decade. Yet this persistent pattern of unlawful behavior by employers has not received enough attention. Moreover, many employees are unaware of their rights.

According to the latest EEOC data for Fiscal Year 2019:

Note: One charge filing may include multiple bases of discrimination, thus the combined percentage for all bases exceeds 100%.

Retaliatory actions in the workplace are often linked to harassment. Thus it’s not surprising that sexual harassment has likewise trended upward in the wake of the #MeToo movement, according to EEOC data.

However, retaliation goes beyond accompanying harassment to include all kinds of discrimination. Although retaliation intersects with sexual harassment, it’s not confined to harassment cases.

The universe of workplace retaliation incidents is likely just the proverbial “tip of the iceberg” compared to the number of officially reported cases. This is worrisome because retaliation allows a vicious cycle of harassment to fester with no accountability for perpetrators or relief for victims who are fearful of coming forward.

Have you ever been victimized by retaliation from a bad boss or combative co-worker? Do you know your employment rights? Following are five steps to consider if you find yourself targeted:

Many workplace disputes arise due to miscommunication. Therefore, first, try speaking directly with whomever is committing the retaliation or condoning it. Clear communication can clarify any misunderstanding that may have led to the retaliatory action(s).

Second, many companies have stringent policies and procedures prohibiting workplace discrimination, including retaliation. Thus consider filing an internal complaint. The complaint process is usually spelled out in employee handbooks or communicated by the human resources department.

Legally savvy employers have internal complaint systems in place to resolve discriminatory incidents. This makes good business sense for employers to protect against legal liability, among many other reasons such as maintaining employee engagement and promoting a productive work culture.

Third, you can contact one of over 50 EEOC field offices nationwide (including in Puerto Rico and Hawaii), or begin the discrimination charge process online via the agency’s web portal. The EEOC process is free to the public, which is most helpful to those who can’t afford private legal counsel. Remember, equal employment opportunity is the law.

Workers have legal rights and companies have a legal (and moral) responsibility to promote voluntary compliance.

Fourth, consider seeking legal representation regardless of whether you file a discrimination complaint within the company or through EEOC. It’s always helpful for legal counsel to guide you through the technical process and expand your knowledge of the law. Further, you may decide to sue your employer as a last resort, if the issue is unresolved by one of the options above.

Fifth, some employees may feel it’s better to remain silent rather than potentially putting their job at risk or being labeled an outcast by management. Coming forward is a personal decision for each individual based on the specifics of the situation. However, there’s no guarantee that retaliation will stop just because a victim keeps their head down.

Be mindful that doing nothing may further embolden the perpetrator, causing the unlawful conduct to escalate.

Savvy employers know that retaliatory actions can trample an otherwise healthy work culture. But that hasn’t stopped malevolent managers from abusing workers who are brave enough to come forward and assert their legal rights. Remember, no employee should have to suffer in silence due to unlawful discrimination and retaliation, including sexual harassment. Thus consider your options wisely, consult an attorney as appropriate, and proceed accordingly.

Every employee deserves the freedom to compete on a fair and level playing field at work, one without discriminatory barriers. But that’s not always the reality. Unfortunately, retaliation is still too commonplace in the workplace.

This post has been updated from a version previously published on thriveglobal.com

Facebook11TweetPinEmail1Shares12
wpDiscuz
0
0
Would love your thoughts, please comment.x
()
x
| Reply
Share this ArticleLike this article? Email it to a friend!
Email sent!