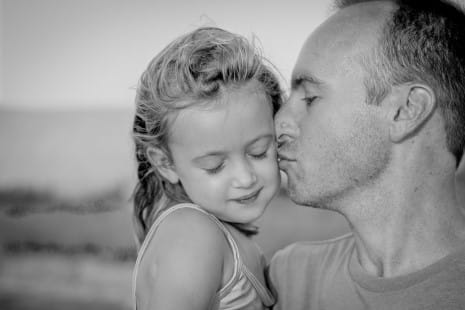 Whenever I hear people say something negative about feminism, I cringe. Moreover, you should too.

Feminism isn’t a dirty word nor is it something to be afraid of for a man. However, sometimes it’s sometimes made out to be this castration machine of female superiority. Why are some men scared of women having equal rights?

When my husband and I became instant parents(foster/adopt) to a little nine-year-old girl, lots of things needed to change. The first being the way that feminism is perceived in our own home. As a husband, he wanted equal rights for his wife, his sisters and his mother. However, as a father, things took on a whole new meaning.

First, things first, we had to kick ‘the boys will be boys’ mentality out on its fanny. Then we needed to breakdown what kind of world we wanted our nine-year-old to be growing up in. We needed to imagine how people should or should not treat, touch or talk to our child.

He started becoming a strong male feminist the day he became an engaged father to our daughter. Why? Because he wanted her future to be just as bright and limitless as his had been at her age. He knew that she deserved all the same rights and privileges that he had taken for granted(and for the most part I think he was blissfully unaware of).

So, without much ado, my husband became a feminist without even knowing it or proclaiming it to the world. There was no mighty castration machine, and no tampon art(yes, it’s a thing) is hanging on our walls.

So, such creatures do exist, and I dare you to join my husband and all the other men who actively fight for women’s rights in this world.

Photo by Limor Zellermayer on Unsplash

I am Murphy’s law in action (if you doubt that, ask my husband). I like to say I'm a classy lady when in reality I put on red lipstick and run around in my pajamas. I’m a parent to a teen, wife to an exceptional husband and dog mom to two unruly doods (Rumple and Rosie). I try to swear less, sometimes this cannot be avoided, and captain cuss word shows up (this usually occurs directly after Murphy's law has kicked in, it's a vicious circle).