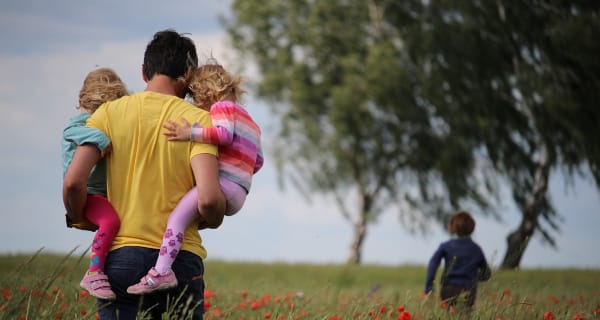 Following that, on a GMP Friday Call with Publisher, the question on the floor was: “Why can’t we all just get along.” If I’ve heard that once, I’ve heard it a zillion times. It is the battle cry of the weary who don’t want to hear another word about misogyny, racism, and refugees. “Stop Complaining” is polite privileged speak for issue-denial and victim-blaming. In other words, if you feel bullied, it’s your own fault. Ugh.

If women would just stop complaining about

If African Americans would just stop complaining about

If naturalized citizens, immigrants, refugees, and those seeking political asylum would just stop complaining about

If Native Americans would just stop complaining about

All Human DNA is Genetic Soup

There is no reason under the sun that anyone, a genetic conglomeration of hundreds of generations, needs to feel fear, shame, less than, or exclusion because of their sex, gender identity/fluidity, skin, hair, size, faith, country of origin. And yet, it happens every day. The very people who wish we could all get along are the privileged – mostly white, mostly men.

Privilege is a State of Mind

An astute caller on the GMP Friday Call with the Publisher pointed out that “privilege” is not about what you have, it’s about what you don’t have to endure. In short, it’s living a life without fear.

The privileged know, with certainty, that if they leave their house in the morning, they’ll be back in the evening in relatively the same state. The privileged expect to make it through their day without encountering law enforcement, being frisked or handcuffed, sexual abuse, physical abuse, or bullying. They don’t make waves and live unscathed until someone else complains.

All Humans are Human

The key to for us all to get along is a societal understanding that all human beings are human beings, all animals are sentient, all plants are alive, and clean air, water, and food are essential to life. We are all engaged in survival and we need each other to survive.

As a culture, we need input from a diverse population, bringing ideas forged by experience to the table. Historically, cultures that exist behind walls or reject immigrants and refugees die. Homogeneity spawns stale thinking, diminishes creativity, ambition, discovery, and exploration. These missing sparks of life diminish a society socially, economically, and artistically.

Under our current government policy of nationalism and white supremacy, the United States has lost it position as a global leader, created societal norms of division, hate, and cruelty, abdicated all semblance of justice, law and order, and responsibility, disregarded the people in favor of the oligarchs, and sided with other autocratic governments around the world as our life-giving resources are squandered for greed — not a smart long-term goal since starving people can’t eat money and dead people don’t shop.

Diversity is our friend. Human-ess is our common thread. No one is less than or more than human.
I look forward to the day we can all get along and the bullies are vanquished, the Equal Rights Amendments is passed, Black Lives Matter is national policy, the 13th Amendment is modified to remove slave labor and end the school-to-prison pipeline, government no longer controls women’s reproductive rights, and human beings, regardless of sex, gender, sexual orientation, race, faith, or heritage have the universal healthcare, equal rights, equal pay, and equal justice.

Be the catalyst and stop bullying wherever and whenever you see it.

We are NOT the LAND OF THE FREE until we are ALL FREE and EQUAL!

“Here’s the thing about The Good Men Project. We are trying to create big, sweeping, societal changes—–overturn stereotypes, eliminate racism, sexism, homophobia, be a positive force for good for things like education reform and the environment. And we’re also giving individuals the tools they need to make individual change—-with their own relationships, with the way they parent, with their ability to be more conscious, more mindful, and more insightful. For some people, that could get overwhelming. But for those of us here at The Good Men Project, it is not overwhelming. It is simply something we do—–every day. We do it with teamwork, with compassion, with an understanding of systems and how they work, and with shared insights from a diversity of viewpoints.”

Do you want to talk about how to have richer, more mindful, and enduring relationships?
Join like-minded individuals in The Good Men Project Community.
Photo Credit: Photo by Juliane Liebermann on Unsplash
Don’t like ads? Become a supporter and enjoy The Good Men Project ad free

Facebook66TweetPin2EmailShares68
wpDiscuz
Share this ArticleLike this article? Email it to a friend!
Email sent!